Utter chaos. That’s what ensued when Aussie influencer Lily Jay had a go at that classic Macca’s hack in a TikTok before spraying chips and drink all over her car.

The goal was simple: place the chips into the burger box, and then sit that on top of the drink. Voilah. An entire Macca’s meal can be eaten with just one hand.

Yet somehow, the Queenslander managed to destroy every inch of every crevice inside her car in just a few seconds. It was enough to make her passengers gag.

To make matters worse, her car has coincidentally broken down and is now sitting in the mechanic shop.

“The car’s broken for a TikTok,” she told PEDESTRIAN.TV.

At least it didn’t flop. In just 24 hours the video has gotten over 70,000 likes, and well over half a million views.

We chatted with Jay to find out what really went down on that fateful night earlier this week.

PEDESTRIAN.TV: How did you hear about this Macca’s hack in the first place?

Lily Jay: Oh, it’s actually from my stepdaughter. She showed me a week before and I was like, ‘Wow, that is so cool’, so I thought ‘I’m going to do a video of that’.

P.TV: In the video, the first spill comes from off-camera. What was that?

Jay: My stepdaughter Amina was in the passenger’s seat, and she was holding the drinks. Her three cousins were in the back, and they’d all ordered drinks and she was holding them. But I asked her to quickly film the video for me, so she put the drinks on the dashboard and when I went to drive off at the end they just… they just spilled hahaha. They just spilled everywhere. 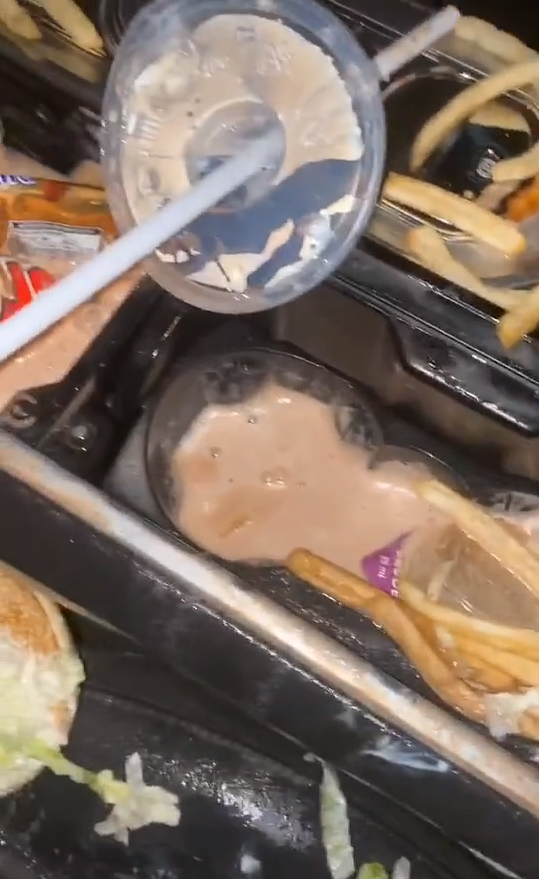 P.TV: At what point during all this chaos did you realise shit had hit the fan?

Jay: Probably a second after it happened, you can probably see it on my face. I’m just like, ‘Oh my god, what have I done?’ And everyone’s just screaming, everyone’s just going crazy. I’m screaming at the kids like, ‘Quickly go get serviettes I just destroyed my car’. It was just chaotic.

P.TV: What was the clean-up like in the end?

Jay: We got the Windex out, we got all the disinfectant out. We cleaned the car like crazy, and then the next day we took it to the proper cleaners to get it cleaned properly. So there’s no smell or anything.

P.TV: What would you say to anyone who says you just made a mess for the TikTok clout?

Jay: I would say that’s not true – I would not do that to my car, no way. I was simply just doing the Macca’s hack because I thought it was cool, definitely not for clout hahaha. 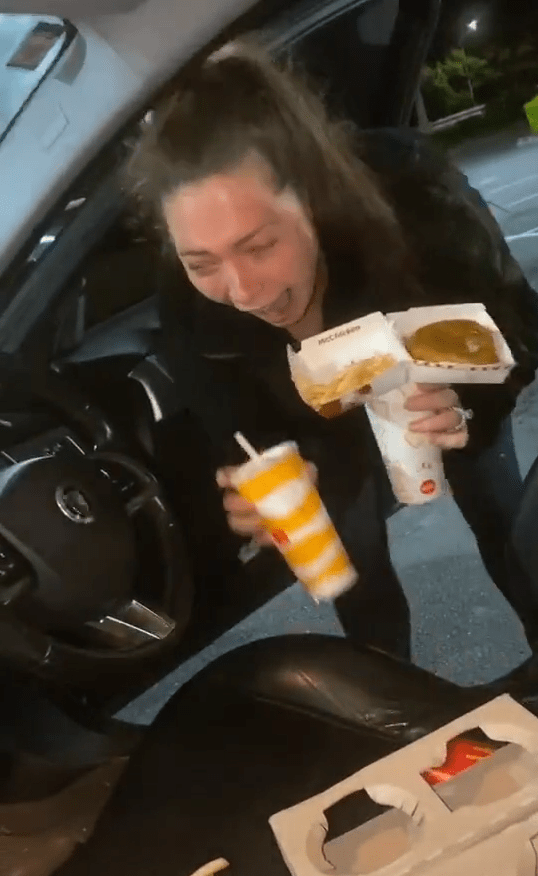 P.TV: Would you give it another crack?

Jay: Probably not. There’s now a strict rule of no eating in the car.

P.TV: What’s your final piece of advice for anyone who wants to try the Macca’s hack for themselves?

READ MORE
Australia Has A New TikTok Icon And She's A Problematic, Middle-Aged Bogan Called Maureen
READ MORE
We Spoke To The Aussie Legend Who Went Viral For Dancing To The PM's Coronavirus Presser