Is 2017 The Year We Call It Quits With Transphobic Bingo Nights?

**Content Warning: This article uses terms that may be upsetting to some readers, especially those within the transgender community.**

Despite a petition in 2014 to try and change the name, the events known as ‘Tranny Bingo’ (which will be referred to as ‘T Bingo’ in this article) are still being held across Sydney and beyond in 2017.

When the petition ran, Penny Tration, the founder of the bingo nights, declared on Facebook that the use of the word for their events was not from a place of hatred, and that the people putting on the events were “in no way transphobic.”

Though it may be true that the people who run the T Bingo nights do not identify as transphobes, the action of using transphobic language in venues that are spaces where transgender people very likely feel unwelcome and threatened normalises the word, making it seem okay for everyone to use it as they please.

It’s been almost three years since that petition, and despite our understanding of transgender communities and language that is harmful to vulnerable groups, T Bingo still exists.

No trolls in the bingo halls, pls.

Last year we saw Karl Stevanovic publicly apologise for using the word ‘tranny’ repeatedly on national television, the Bank Hotel in Newtown was called out for using ‘Tranny Two-Up’ on ANZAC Day, less than 100 metres from where Stephanie McCarthy was physically assaulted for her gender, and Laverne Cox admitted she felt uncomfortable when recording ‘Sweet Transvestite’ for FOX’s reboot of Rocky Horror Picture Show.

Society has been a lot more exposed to the fluidity of gender, and (I hope) we’ve begun to accept that identity is not just black and white.

Diversity is a something that is discussed a lot more openly, as people who identify as something beyond the male/female binaries garner more of a voice for themselves.

Yet the word is still plastered on signs and banners on venues across the city, drawing punters in to engage with the term, normalising the language – making it seem ok for people outside of the trans community to use it with little regard to how it affects others.

Surely after the last couple of years of society learning more about how negative the connotations are with the term, we can now have the conversation again about T Bingo. 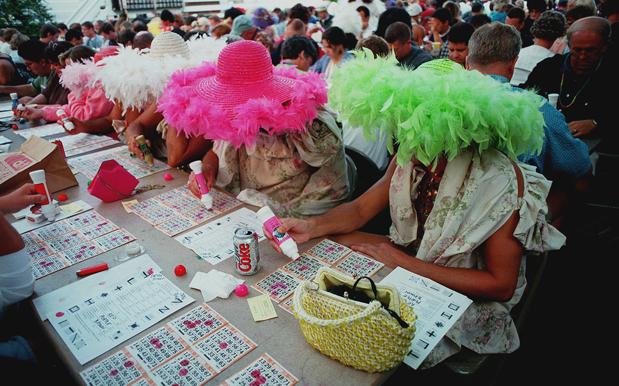 PEDESTRIAN.TV spoke to Liz Duck-Chong and Harriet de Kok – two people from within the trans community – about the meaning of the word and how nights like T Bingo are perpetuating the normalisation of a slur among others, especially cis-gendered people.

“Like much of the language of queer diaspora, the history is murky and contexts often change, but the word as it exists today is specifically wielded against transgender people, and predominantly transgender women,” Liz tells PEDESTRIAN.TV.

“To me, the term ‘tranny’ means fear, it means a lack of safety. I see a sign for ‘tranny bingo’ on the way to work every day and feel a roll in my gut. I’ve only ever had it used at me, by people who have tried to hurt or discredit me.”

“I see it as a term used to point out and remind me that the person using it and society more widely sees me and other trans women as less human, as unnatural things, as undesirable,” adds Harriet.

Pubs around the Sydney area including Coopers Hotel in Newtown, Town Hall Hotel in Balmain and The Sugarmill Hotel in Kings Cross play host to the bingo nights regularly.

To their credit, they bring the chaos, charm, and quick wit of drag into spaces that are normally dominated by traditionally very straight-down-the-barrel, no-glitter-whatsoever events.

I’m not saying that exposing more people to the culture of drag and cabaret to more people is a bad thing, but it certainly can be done without using words that are obviously controversial, and harmful to others.

“Bringing a more diverse audience to these events will help normalise drag as a legitimate form of performance art,” Harriet says.

“However, when this is done with events using slurs in their names, this also normalises these slurs as acceptable words and contributes to a culture that disregards the pain caused and associated with the use of these slurs.”

The phrase T Bingo itself holds a lot of power. It’s risqué, it’s controversial, and it’s an eye-catcher. It’s powerful in that it holds a lot of taboo.

It signifies something that is typically associated with nannas at the bowlo, and turns it into an event that younger people can attend without feeling like they’re on a date with their grandparents. 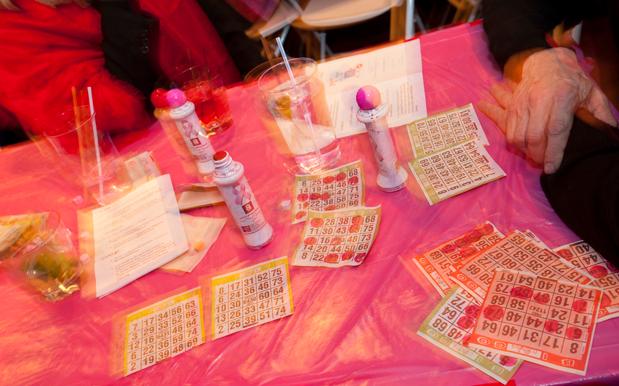 It draws in people by using a word that people outside of the trans community identifies as being something that holds power, but are typically unaware of how damaging that word is to those that see it as a very serious slur.

It’s one that others trans folk, dismisses their personal experiences, and erases their existence as legitimate people expressing their preferred gender.

A part of the reason why these events haven’t tried to change is because they’re typically run by drag queens – people who are traditionally cis-gendered men who can revert to their lives once they take off their make-up and wig, their character.

“When drag queens are cis men who can take off their costume and go about their lives without risk of transmisogynistic violence, “reclaiming” slurs is often less of a big deal – they are less likely to have experienced the pain associated with being called a slur in an intentionally malicious way, or the violence that can accompany the verbal abuse,” Harriet says.

“So they lack the understanding of the pain, while still understanding that it is a “controversial” word – so they use it to stand out and grab attention.”

Interestingly, searching ‘drag queen bingo’ on Instagram brings up countless popular bingo nights from across the world – all killing it as events without any use of transphobic slurs.

There’s one group – Sydney Drag Queens – that run drag queen bingo nights led by Miss Prada Clutch in a couple of selected venues in NSW, but the overwhelmingly popular events are those that use derogatory terms to draw punters in.