In this socially-connected day and age, it’s pretty hard to get away with anything, tbh. Basically – if you’re going to give plagiarism a go, be prepared to be aggressively called out on it in a named-and-shamed kind of way.

That’s what’s happened to Hillsong Church today, when local Melbourne-based artist Esther Olsson discovered their new album artwork – as well as entire merch line – was eerily similar to her own work. Here’s some of her amazing art, btw.

Esther took to her Instagram account to spill the entire story. According to email screenshots, the Art Director of Hillsong Church had contacted Esther prior to the designs being created, to let her know her work had inspired his concept for their upcoming album, and asking her to potentially work with Hillsong on the project. This was on the 5th November 2017. 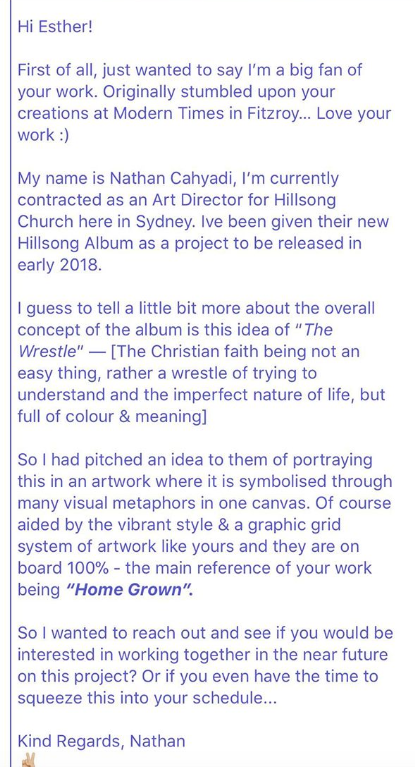 Esther told her Instagram followers via Insta Story that she had passed on the offer, only to learn later on that they had designed something “heavily influenced by her work” anyway.

“So I have a sad story, I had a company  contact me, and I didn’t align with their views and I decided that I probably wouldn’t maybe work with them, and then they sat me down for a meeting and told me that they ended up designing something heavily influenced by my work.”

“So they sat me down at a little cafe by my house, and showed me the development and then basically showed me the final image. And I was like, ‘do you want me to recreate this?’, in my head I was thinking this, and then they were like ‘this is what we’re running with’. And then closed the computer, and that was the meeting.” 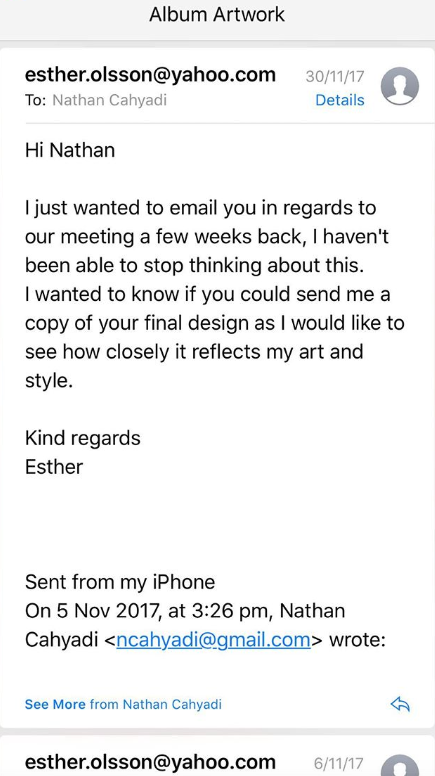 “I got no reply,” Esther said of that email.

“Then, I finally saw the work on their Instagram, shown by a friend,” she continues. 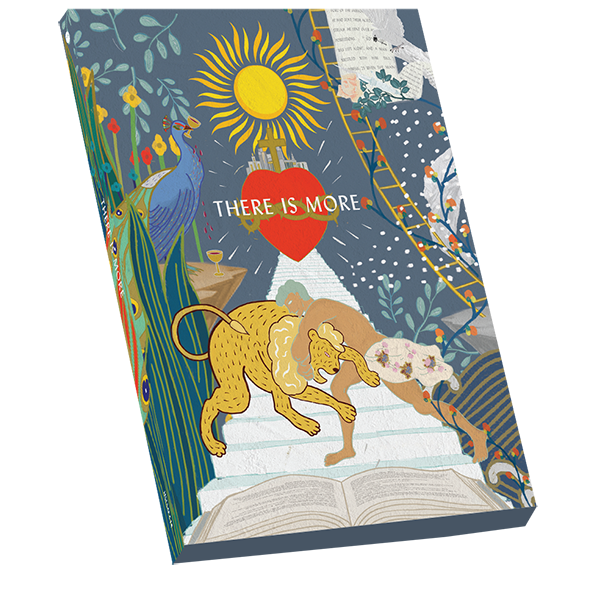 FYI, here’s side by sides of the Hillsong design and Esther’s own creations. 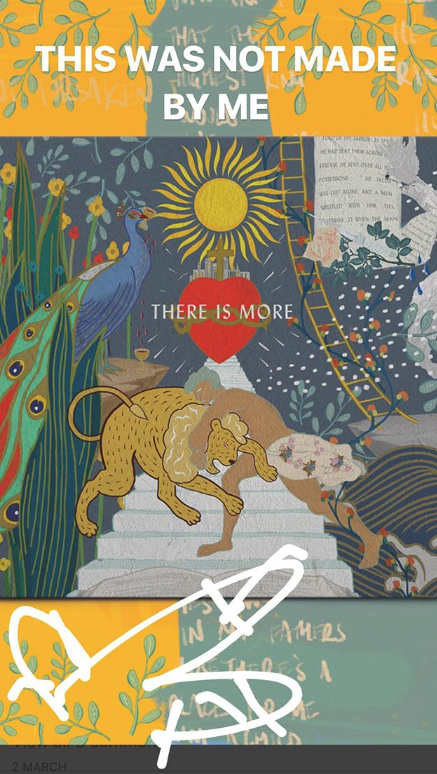 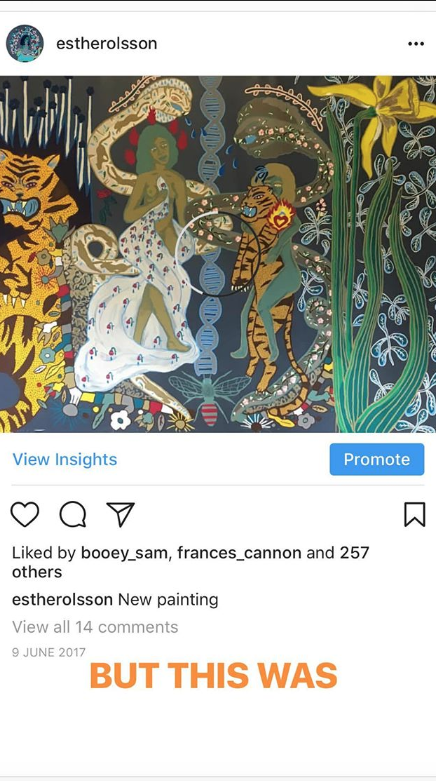 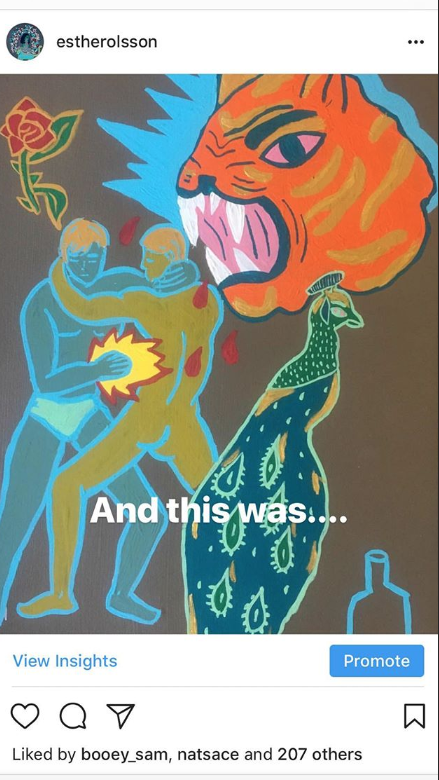 “I’m not normally one who shares this stuff, it makes me feel super anxious, so if you want to like/share/repost and just BLAST THOSE BAD BOYS TO HELL.” 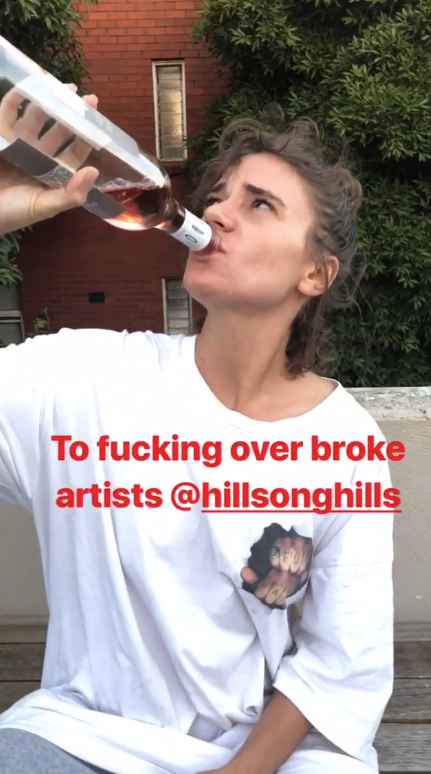 The worst bit? The designs were also turned into merch for the new album, something which Esther says really hits her financially. 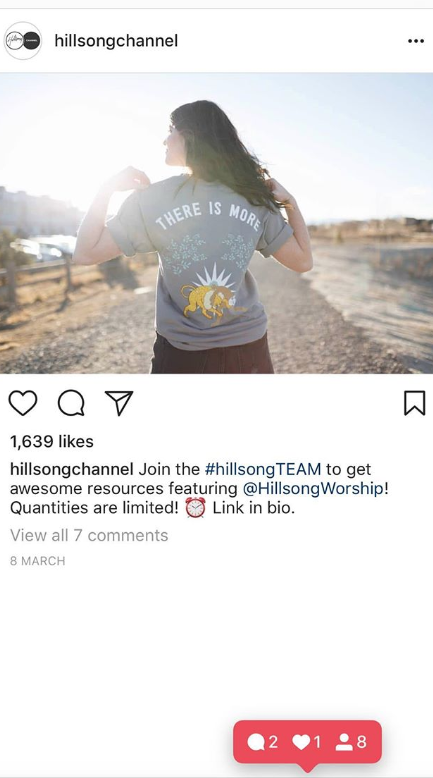 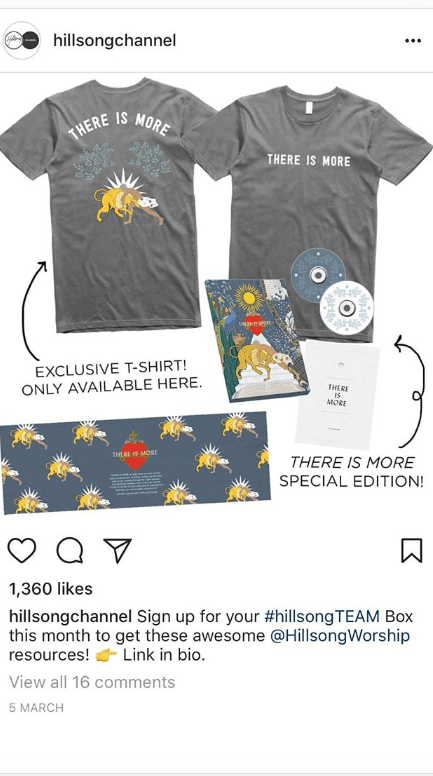 “Now I’m just really fucking depressed because they’ve also produced t-shirts, which the majority of my commissions are coming from textiles and now they’re just ripping that off, and taking that away from me.”

The worst thing is I hate confrontation and making people feel bad but I’ve fought so hard for my career which isn’t generally considered a sustainable career, which to be real, sometimes it isn’t. I just feel really sad that a company that preaches acceptance and being kind to others could rip down small artists. I haven’t been paid a cent by @hillsong . Thanks to everyone for reaching out so far, I’ve found this whole thing completely anxiety inducing.

It’s all pretty fucked. Go fang Esther a like or two and let’s support our local Aussie artists – not rip ’em off, yeah?