The families of victims killed in the Sandy Hook shooting have warned survivors of the recent Orlando shootings about the incoming flux of vitriol-spewing truthers, because apparently surviving and/or losing someone in an actual shooting isn’t punishment enough.

These truthers – a name coined for all people who believe Bush did 9/11, chemtrails exists, and NASA‘s definitely hiding stuff about aliens – have got it into their brains that Sandy Hook was an extremely elaborate hoax to force stricter gun laws on their freedom lovin’ backsides. 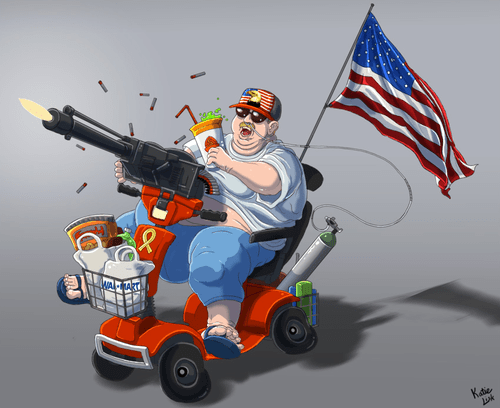 One of their most popular conspiracies is that the Sandy Hook victims were merely actors, and therefore never died, which is frustrating enough to learn of to a completely outside party, but is nothing short of devastating to the the families.

It’s the subject of a Foreign Correspondent investigation that airs tonight on the ABC.

“I have to absolutely defend the memory of my son – I have no choice,” says Lenny Pozner, whose six-year-old son Noah was murdered at Sandy Hook. “I know how some of these theories build up. They don’t fade away and the more time they spend online, the more accepted they become.

“The JFK conspiracy theory in the US is very accepted. Conspiracy theories erase history, they erase memories, and how will this event (Sandy Hook) be remembered a hundred years from now?”

Yet it is the exact opposite of smooth sailing; Pozner has received multiple death threats for his troubles.

And as Eric Milgram – whose daughter survived Sandy Hook by hiding in a bathroom – says, the trolling re-victimises you all over again.

“Be prepared that when you speak out you will be harassed,” he says, in advice for Orlando survivors and victims’ families. “These gun nuts, these extremists, these hoaxers, these nasty people, you’ve gone through a horrible trauma, be prepared that you’re going to be harassed on social media.

“You’re going to be victimised all over again.”