Remember The Bigfoot Erotica Guy? He Just Got Voted Into Congress

I want you to close your eyes and allow your imagination to conjure up whatever springs to mind when you focus on the words ‘Denver‘ and ‘Riggleman‘. A perfectly healthy human brain will, of course, imagine some sort of Mothman-esque creature that haunts the capital of Colorado, pulling household puts through the cracks of slightly open windows with its impossibly thin limbs. But no, the Denver Riggleman is not a cryptozoological nightmare from hell with an abundance of teeth in its crooked smile, he is something even worse: a Republican politician.

You might recall Riggleman (and it certainly is a memorable name) from when he made his way into the news in June of this year due to his opponent in the race for Virginia‘s 5th Congressional district shared screenshots of what very much appeared to be — and I don’t say this lightly — Bigfoot erotica on Riggleman’s Instagram.

My opponent Denver Riggleman, running mate of Corey Stewart, was caught on camera campaigning with a white supremacist. Now he has been exposed as a devotee of Bigfoot erotica. This is not what we need on Capitol Hill. pic.twitter.com/0eBvxFd6sG

This ended up occupying a far larger chunk of the news cycle than I think anyone anticipated, although it is, admittedly, spicy as hell. Riggleman objected in the strongest of terms to being cast as a man who wants to fuck Bigfoot or be fucked by Bigfoot or to watch Bigfoot fuck, stating that he is simply a man interested in Bigfoot and that the title of his book, The Mating Habits of Bigfoot and Why Women Want Him, is not what it sounds like. 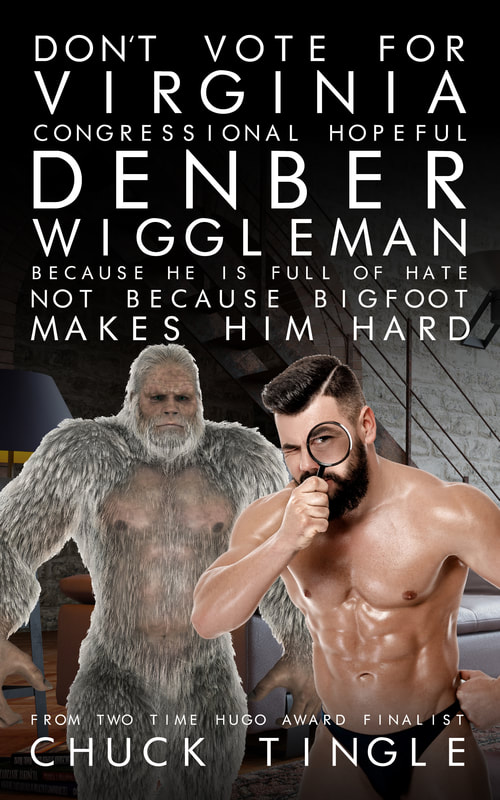 Despite the best efforts of his opponent, Democrat candidate Leslie Cockburn, it appears that the Bigfoot horniness was not enough to dissuade voters, with Riggleman ultimately coming out on top in the midterm elections. With 99% of the vote counted, Riggleman had a 53.7% share of the vote, compared to the 46.3% held by Cockburn.

I imagine he will probably be far, far too busy to think about Bigfoot’s dick now.

READ MORE
The Democrats Take The US House Of Reps, Which Will Make Trump Shit Himself