In absolutely devastating news, the failed Australian Conservatives candidate for Batman has been called a cunt.

The candidate in question is Kevin Bailey, who failed to win the progressive Melbourne seat of Batman over the weekend (which he was never going to, anyway).

He was briefly called a cunt during the ABC‘s comedy show Tonightly with Tom Ballard, in a skit about the problematic seat of Batman. See, while ‘Batman’ is a funny name for an electorate (before you’ve heard it 20,000 times a day), it was named after colonist John Batman, one of Melbourne‘s founders who “essentially [took part] in bounty hunting first Australians in Tasmania“.

Tonightly‘s Greg Larson suggested an alternative name for the electorate: Batman-was-a-cunt. Genius, no? He even (to the mock protests of Ballard) then proceeded to show mocked-up election posters for each of the three main candidates with this new (and arguably improved) name. 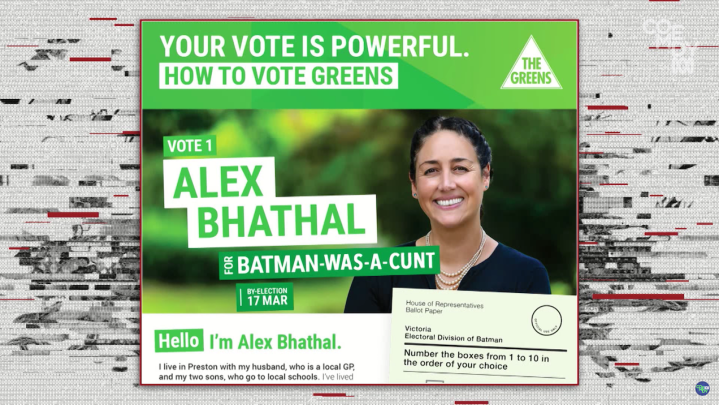 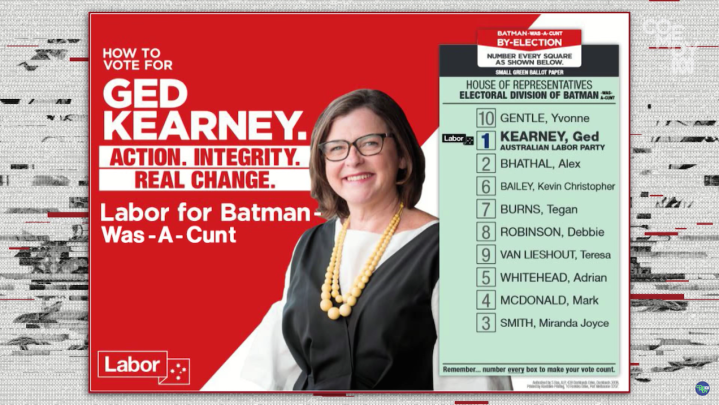 …and Australian Conservatives candidate Kevin Bailey. Unfortunately, as Larson explained, Bailey’s election poster didn’t have a “for Batman” part he could photoshop, so he was ~forced~ to improvise. 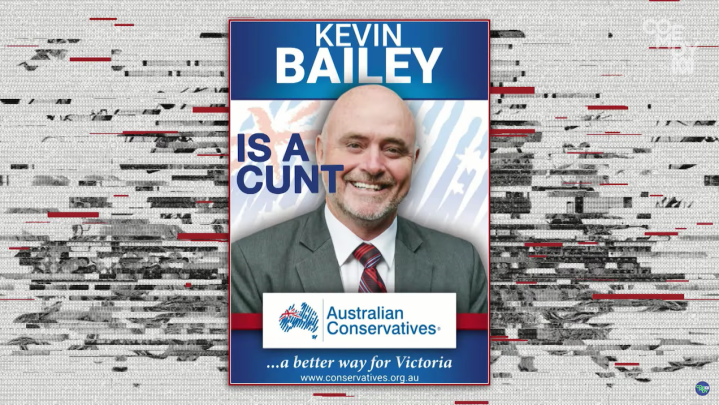 Never one to let an opportunity to criticise the national broadcaster pass him by, Communications Minister Mitch Fifield is demanding the ABC apologise and investigate how the skit went to air. (I can give you a hint: it was written, filmed, edited, and scheduled.)

“Candidates for elected office expect to be criticised and parodied. But this ABC segment clearly crossed a line, particularly given that it was directed towards an individual who has served his nation in uniform,” he said in a statement.

“Vitriolic abuse of this kind has no place on the national broadcaster and I will be asking the ABC to investigate. The ABC should also immediately offer an unreserved apology to Mr Bailey.”

Fairfax reports that Australian Conservatives leader Cory Bernardi has also written to the ABC to lodge an official complaint, and that the ABC will respond “in due course”.

You can watch the full skit – which aired last week – below.