Trust the English to find a way to royally balls up a truly good thing. The great UK Bunnings expansion has come to a sad and soggy end, with the last light on the grill being extinguished due to staggering financial losses.

Parent company Wesfarmers is officially selling off the brand to retail turnaround specialists Hilco Capital, effectively giving the business away and ensuring that the Bunnings name and brand disappears from English and Irish retail markets altogether.

The decision was announced to the ASX via a statement which confirmed Wesfarmers expected to take a hit of around $400million in losses on their 2018 financial losses. Which is more than a few snags by anyone’s estimation.

Wesfarmers will be selling off all the Homebase assets it purchased in 2016, including the store network, property, leases, and inventory for what they state will be a “nominal amount.”

Homebase functioned as the operating company for Bunnings UK’s 24 pilot stores that had opened around England and Ireland, the arrival of which was heralded with a haunting, off-putting advertising campaign that mimicked the successful Australian ads but felt more than a little bit off.

Christ those are upsetting on a very deep and personal level.

Analysts previously accused Wesfarmers of extreme arrogance by attempting to simply copy-and-paste the Australian model over to the UK, under the assumption that British customers would get on board, or even understand in the slightest, one of our weirdest and most beloved modern cultural traditions.

I mean, look at the shameful sausages on offer across the pond, for god’s sake. 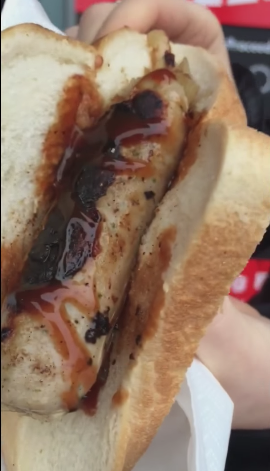 Unholy, and a crime.