File this under: news stories that are blatantly ripping off Tom Hanks movies.

An American TV crew filming on an mostly deserted island off the coast of the Northern Territory rescued an honest-to-god IRL castaway, who they later identified as an Aussie bloke who’d gotten into deep shit on a fishing trip.

The crew, who were in Oz to film an episode of Animal Planet‘s River Monsters (titled ‘Death Down Under‘ farrrrrkin’ hell), spotted a blue esky chilling on a rock.

They did what any of us would do and cracked a few ‘Castaway‘ jokes, but then a naked dude came sprinting out of the cave.

FWIW, this is where the island is.: 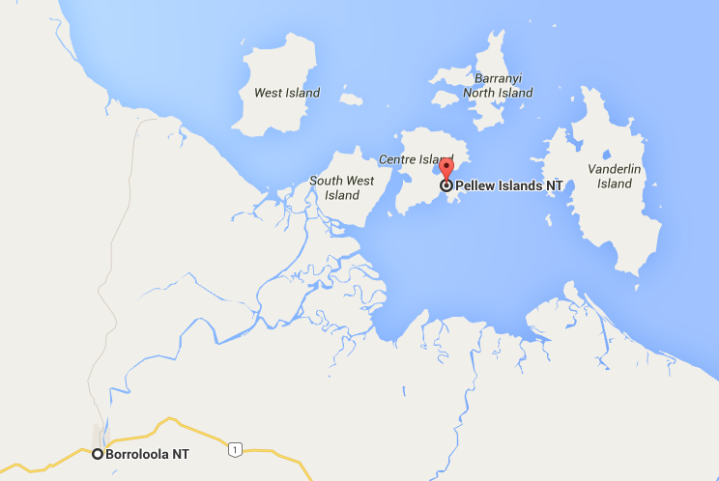 And this is where it is in relation to the rest of Australia: 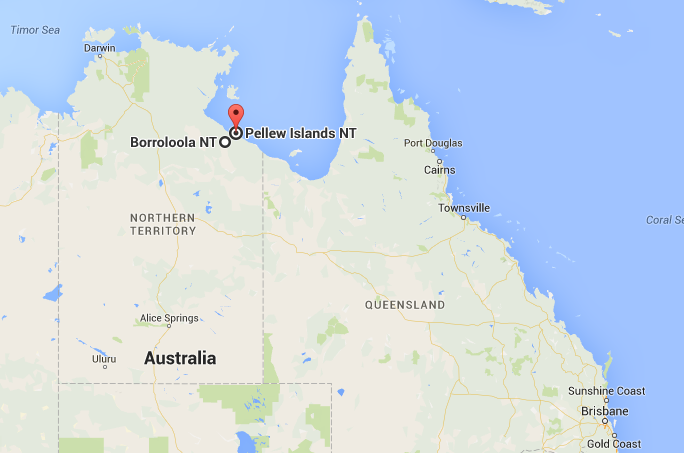 Director Stephen Shearman told InsideEdition that the bloke, an experienced fisher from Borroloola called Tremine, was hours away from death and was “prepared to die”.

He said Tremine had left his boat in search of better oysters, but after a few hours digging, had become hopelessly lost.

“He had tried to walk back, got beaten by the sun, and made his way back to the beach,” he said. “Meanwhile, he had suffered from sunstroke and was unable to go any further. He then spent that first night on the beach, and the next morning he tried again, but the sun had gotten to be too much for him, and at this point, he is now trapped.

“This guy is super experienced, goes out fishing a lot, he knows the landscape, he knows the dangers, and yet he succumbed to it so quickly.

“Everything was fine, and within two to three hours, everything wasn’t really fine at all.

Luckily, they found Tremine, and he lived to fish another day.

But he’s making two all-important changes to his life:

1) Treating the great Australian wilderness with the respect it deserves.

2) Going back to huffing darts. Because smoking = lighter = being able to build a fire next time you’re stuck in on a deserted island.