This is not so much a Guide To Surviving Parklife as it is a Guide to Winning Parklife. The festival will assume action stations in Brisbane this Saturday, followed by stops in Sydney, Perth, Melbourne and Adelaide. Ancient Incan shamans believed that dancing under the open sky would bring people unearthly love and intramural bliss from music’s incorporeal spirit. Or maybe I just made that up. But if you follow these tips carefully, you’ll probably get as close to unearthly love and bliss that’s possible under the circumstances.

PEDESTRIAN’S GUIDE TO WINNING PARKLIFE.
1. BE A FUN AWESOME PERSON This is a useful attribute in 100 per cent of life experiences. If you’re a person who hates the outdoors, sweating and most other people (not that there’s anything wrong with that), it’s probably best you simply don’t go. If you are a legend who is in the mood for a day of magical vibes and music-themed celebrating you’re already a winner.

2. ATTEND ROBYN Robyn is categorically adorable and performs tremendous dance moves and excellent tunes. Only idiots don’t like Robyn, and if you don’t like Robyn I’m talking about you. Or maybe you’re just a REALLY big Presets fan (refer #5 below).

3. DON’T BECOME AN ANNOYING MEDIA STORY 27 DRUG ARRESTS AND 300 PINGERS CONFISCATED. Every year there’s an article in the paper about wayward youth getting busted with elicit contraband at music festivals. Take for granted that the festival will enlist a sniffer dog army and their ball busting cop owners to find drugs, take them away, then take whoever is carrying them away, THEN tell journalists about how youngsters are so foolish, THEN they can sit around having earnest discussions about how this generation is going to the dogs – literally! The sniffer dogs! Ho ho! (They’ll probably say exactly that) – and then…
Look, just be aware of this and don’t behave in a way that could end with the stench of regret and last night’s paddy wagon vomit.

4. THINK CAREFULLY ABOUT REMOVING YOUR SHIRT Hey dudes just so you know, sometimes it’s not a good idea to take your shirt off. When in doubt remember this easy rule: If you’re fat as a pig or your chest’s hard and strong, there is one rule for shirts and that’s: just keep it on.

5. CHECK THE TIMETABLE Don’t miss out on seeing your favourite act on the bill just because you’re a disorganised dunce. Download the timetable and work out your personal musical journey for the day ahead, and identify any alarming clashes where you might need to split your time.

6. CARRY A LIGHTER This is one of the necessary keys for success at Hooking Up At Music Festivals, and festival love is one of the cutest kinds. 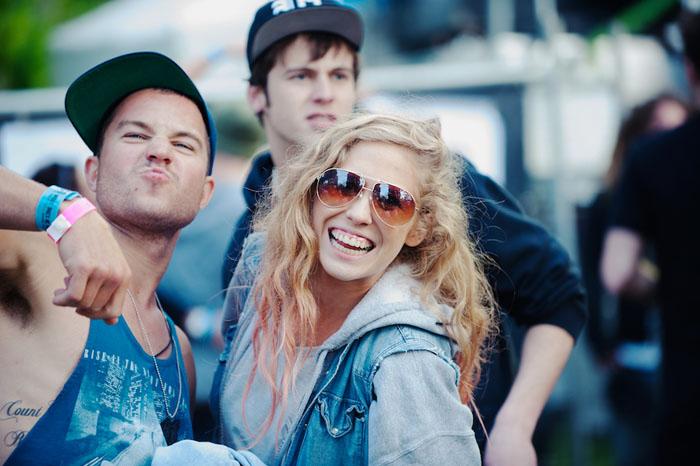 7. SAVE THE REAL PARTYING FOR INSIDE THE FESTIVAL You know how, at almost every festival you go to, at around 2pm there is that sweaty guy explosively vomiting through the chainwire fence before being escorted out by grim security guards? Don’t be that guy. Peaking early is for rookies, idiots and those prepared to disgrace themselves before a large number of complete strangers. A few cheerful sherbets before the big game is all part of most pre-festival rituals, but being so fuckeyed you’ve pissed yourself before Tame Impala play is not the behaviour of winners.

8. MUD > YOU If it has rained the night (or week) before, you simply aren’t going to stay clean, so don’t be a dick about it. Just accept the mud and sacrifice the pristine whiteness of your new Nikes to the festival gods. A dude crying about his designer sneakers is number #1 on the ‘Things Men Deserve To Be Punched Over’ list, and girls bemoaning a few splatters of wet dirt on the back of their shorts seem like precious little shits who probably shouldn’t have signed up for this. Sorry guys but it’s true! Maximise your ability to keep hygiene levels above average by packing the following items:
– baby wipes
– tissues
– 2 plastic bags
– water-free hand sanitiser

9. BE POSITIVE Good vibes will win out under the most harrowing of circumstances. Love one another and no harm shall come to you. Someone famous or important said something like that one. 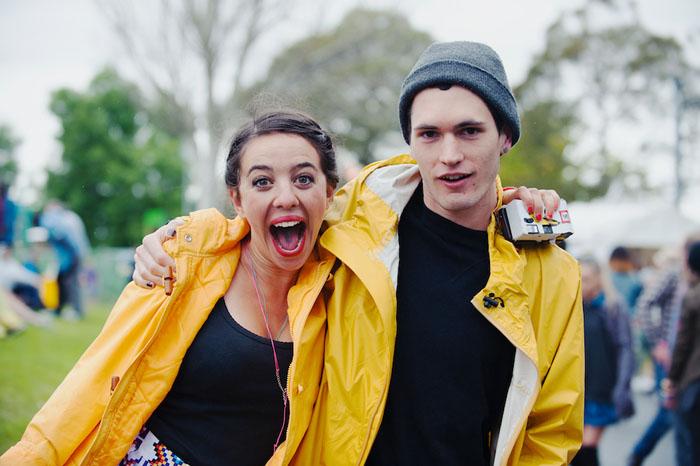