Hello, your actor boyfriend, Jeff Goldblum, is even more debonair than you previously thought – he’s an accomplished jazz pianist, with a full-length record coming out in November.

Goldblum surprised commuters at London‘s St Pancras International Station yesterday with an impromptu jazz performance on one of their hallowed public pianos – Elton John and John Legend have previously wooed audiences on the keys there –  coming across as the human embodiment of smooth and cool in a casual leather jacket.

It was certainly an effective way to spruik Jeff Goldblum & the Mildred Snitzer Orchestra‘s upcoming debut record, The Capitol Studios Sessions, which features guest vox from the likes of comedian Sarah Silverman and singer-songwriters Haley Reinhart and Imelda May, and guest trumpet from German muso Till Brönner.

Legend has it, so spins Variety, that executives from his label Decca Records cottoned onto Goldblum’s skill with his hands last October when he accompanied soul-jazz singer Gregory Porter on Nat King Cole‘s ‘Mona Lisa‘ while promoting Thor: Ragnarok on The Graham Norton Show.

In a video on Decca Records’ website, Goldblum speaks about his attraction to jazz, having played gigs with his band in LA and at renowned cabaret bar Café Carlyle in New York for the last 30 years: “I never had any plans for my piano. I always wanted to be an actor. I took piano lessons. Even playing out and about in the last decade or two or three has been fun and under-the-radar and just for my pleasure.“

Goldbluming marvelous!
Not only did Jeff Goldblum announce his new album today, he also stopped by at London's St Pancras station to give a surprise performance!

What am I up to? Nothing much. Just watching JEFF BLOODY GOLDBLUM PLAY PIANO AT ST PANCRAS!! HOLY SHIT MATE!!! pic.twitter.com/hmcvWPuqgq

When I woke up this morning I did not know that by this afternoon I would have (briefly) held hands and conversed with Jeff Goldblum ???? #jeffgoldblum #jeffgoldblumappreciationsociety #mildredsnitzerorchestra #happyhumpday #meetyourheroes #bff #flp #jurassicpark #drianmalcolm

Not only did @jeffgoldblum announce his new album today, he also stopped by at London's St Pancras station to give a surprise performance! – #JeffGoldblum #StPancras #UniversalMusic #DeccaRecords #jazzfindsaway

Last night, he headed out in a shiny gold tux for the GQ Men of the Year Awards at the Tate Modern, hanging out with his Marvel compatriots, Thom Hiddleston and Chadwick Boseman. 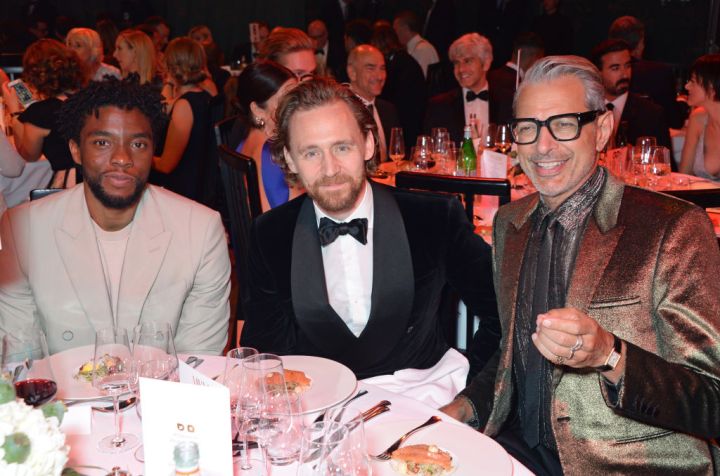 Goldblum’s album is due out through Decca Records on 9 November.

Keep up with the latest in Australian music news with Pedestrian.