Gotye Joins At The Drive-In On Coachella 2012 Bill

The 2012 Coachella lineup has been released today and, with it, two pieces of exciting news:

Firstly, the confirmation that, yes, the mysterious At The Drive-In reunion announcement is in fact legit because the band are down to play on the two Sundays of the festival (that will for the first time run over two consecutive weekends). The typically dry Palm Springs desert where Coachella is held may experience an unusual wet spell after the collective jizzing of thousands of ATDI fans who have waited 11 years for this reunion.

We are also excited to see Gotye on the lineup. The dude had a bumper 2011 and put in great performances at virtually every Australian festival of note, so it’s extremely cool to see him on the bill of a major international festival like Coachella. Melbourne represent! 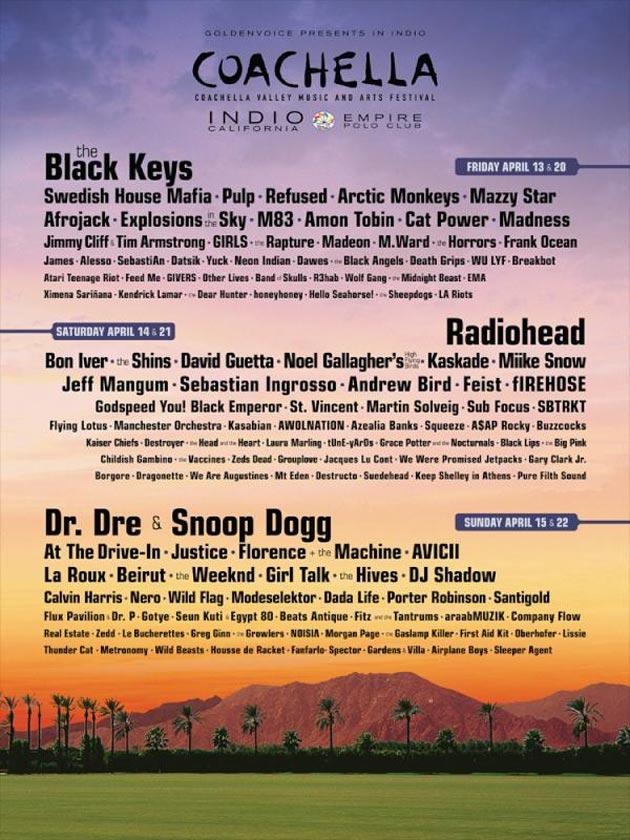