I just love the smell of a shady music video on a Monday morning, don’t you? Childish Gambino is back with a brand new vid for his track ‘Feels Like Summer’ and true to form, he’s out here making us think.

The music video is an animated masterpiece starring Childish Gambino and his rapper peers along with a political figure or two.

Here’s a look at some of the celebrity cameos: 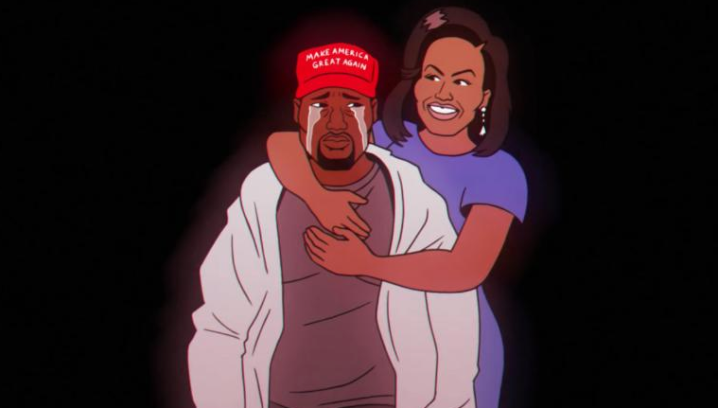 West can be seen wearing a ‘Make America Great Again’ cap and balling his eyes out while being comforted by queen Michelle Obama. One could interpret this as West ultimately seeing the folly in his Trump-supporting ways and Michelle forgiving him because, well, that’s the kinda person she is.

Florida governor Andrew Gillum with a reference to XXXTENTACION 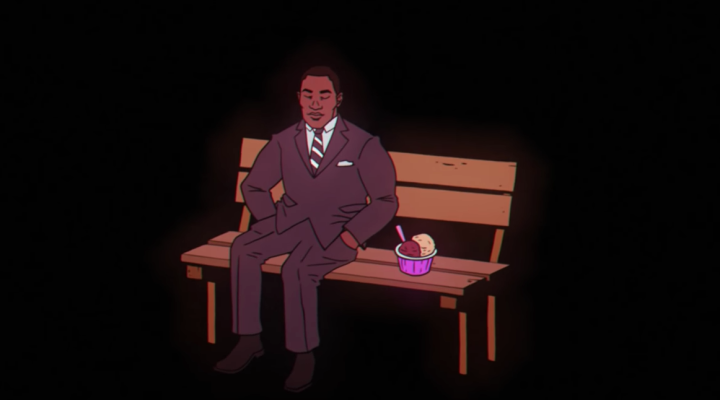 Florida’s governor alongside chocolate (black) and vanilla (white) ice-cream has been interpreted via Twitter to be a reference to racism and the death of late rapper XXXTentacion who was born and killed in Florida. 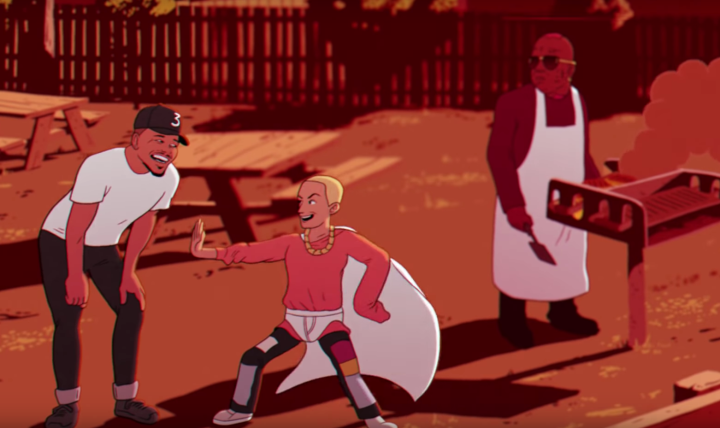 I’m not quite sure why Jaden Smith is dressed as a superhero or why Chance The Rapper’s looking down on him but I’m definitely getting a condescending type of vibe here. Meanwhile Birdman’s taken the reins on the BBQ, grilling something bird related I assume. 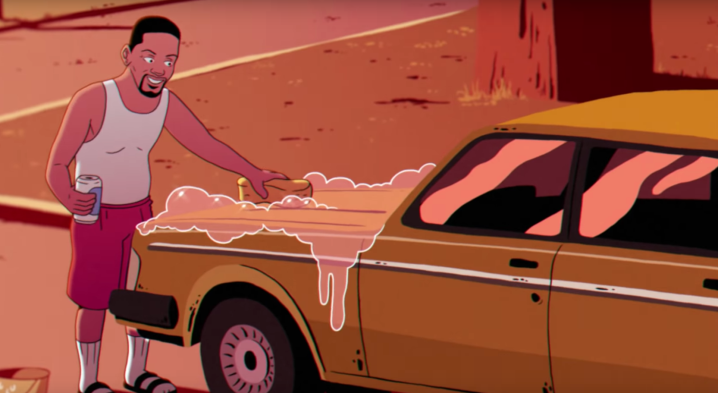 Old mate Will Smith can be seen washing his car with a beer in hand. Take note of the lameo socks with sandals which I can only assume is a nod to the fact that he’s taken on dad duties and therefore not involved in all the rap beef and BS.

@childishgambino you really showed the entire hiphop culture love In this video. Especially when you know how left out I feel sometime I’m so happy and honored to be included in this. Funny, people often tell me about dreams they have of me sitting up in trees. I’m delightfully intrigued by what it could mean! ❤️ this is definitely something I can show to the “Who Is Azealia Banks,” crowd. Thank you again. 🙂

The controversy connoisseur watches it all go down from a tree, an inclusion that she took to Instagram to thank Childish Gambino for. 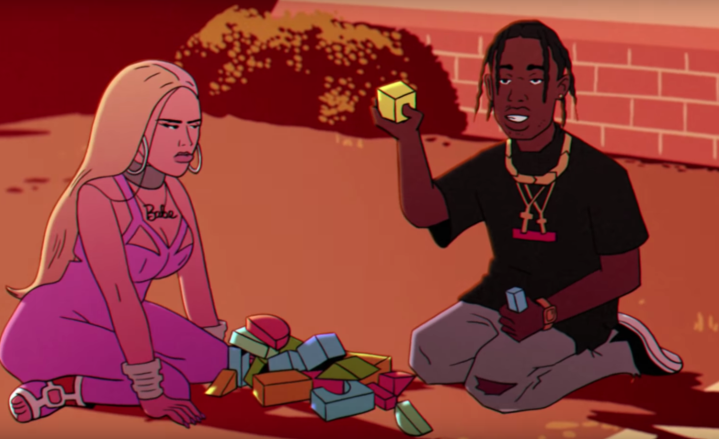 The feuding rappers play together in a front yard and as Minaj builds up her castle, Scott knocks it down. This is an obvi reference to Nicki’s recent album Queen coming in at number #2 behind Travis’ Astroworld which she shadily attributes to his social media fame via Kylie Jenner. 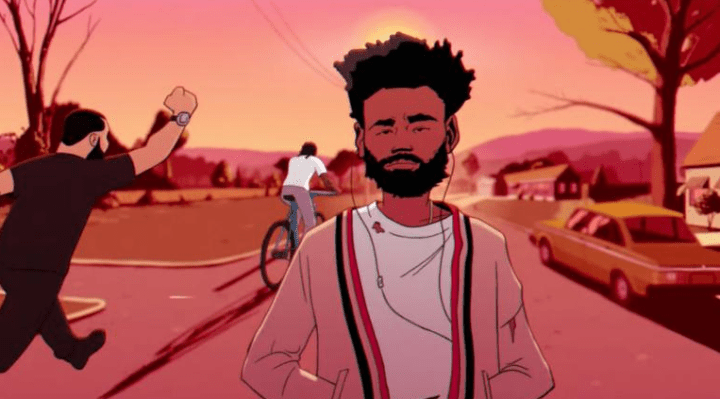 As Future rides past a strolling Childish Gambino, Drake can be seen chasing after him and shaking his fist before falling over. 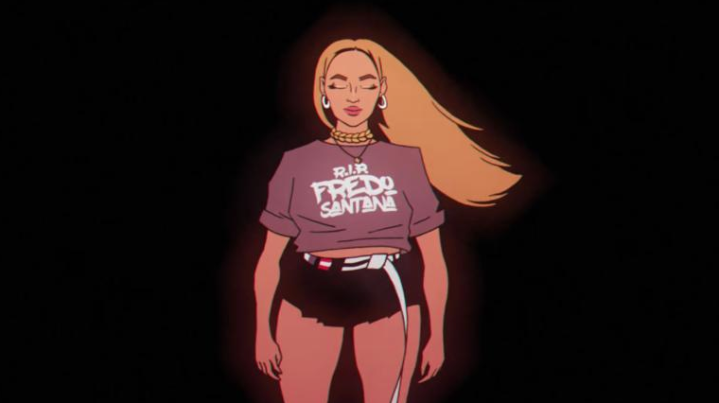 Bey appears wearing an “RIP Fredo Santana” shirt. The 27-year-old Chicago rapper died in January in Los Angeles after telling fans he was being treated for liver and kidney failure. 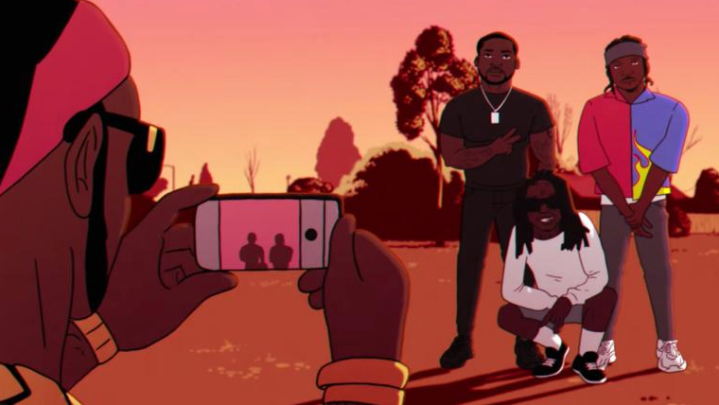 Meek, Pusha and Lil Wayne are having their picture taken by 2 Chainz. Meek Mill’s peace sign is a reference to him becoming the poster child for criminal justice reform earlier this year after multiple celebs petitioned for his sentence to be reduced, resulting in his release in April. 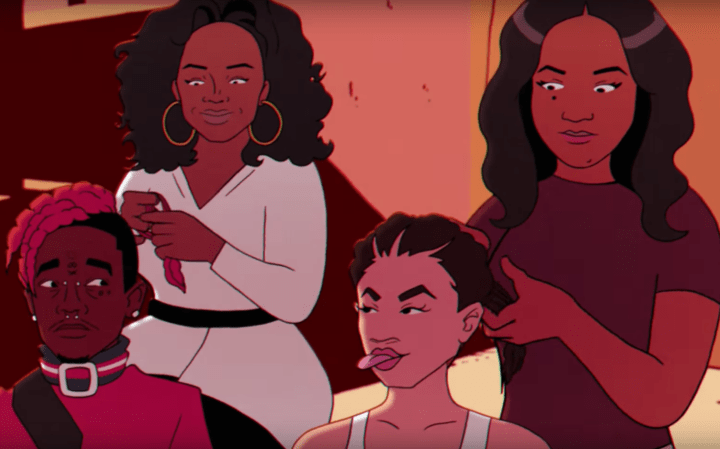 For reasons unknown Oprah and Tiffany Haddish braid Lil Uzi Vert and Kehlani’s hair and again this scene makes zero sense and yet it has provided an answer to every question I’ve ever had in life. 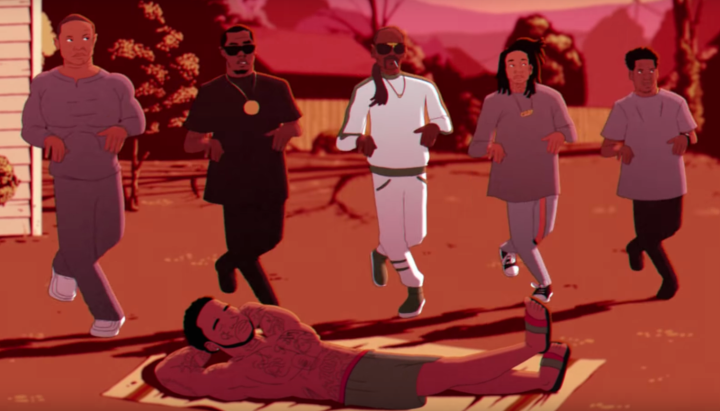 Here’s a particularly mesmerising dance number involving the above rap greats for your viewing pleasure.

Anyway, those were just a few of the most iconic moments in the vid. Here’s the full list of cameos and times:

• Beyoncé and reference to Fredo Santana (2:15)

• Florida governor Andrew Gillium with a reference to XXXTENTACION (2:25)