US basketballer, Devonte Green, has a fair few tattoos, but one, in particular, caught the eye of a Twitter user recently because of its relevance to the gaming world. It’s a cheat code from Grand Theft Auto: San Andreas.

Green is point guard for the Indiana Hoosiers and has the San Andreas cheat code for unlimited ammo tattooed on his left arm, which is funny because he’s a shooter. Specifically, the code is for the PlayStation 2 version of the game.

You can see it for yourself in the tweet below.

he really got the GTA: San Andreas unlimited ammo cheat code tatted on him because he’s a shooter ???? pic.twitter.com/hmArElN1ht

That is some very nerdy and also very cool gear. You can see (most) of it a little closer in the image below. 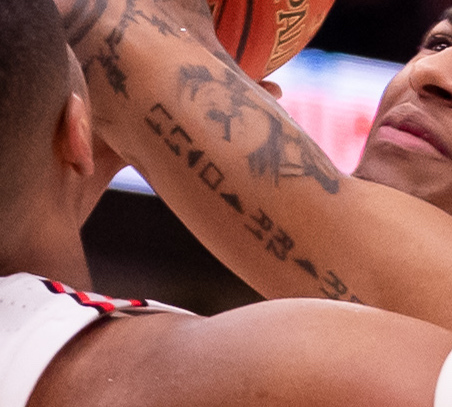 I hope he wasn’t planning on using the tattoo as a guide to entering the code because it’s not exactly an easy part of the body to see without a mirror, you know?

I’ve been tattooed in the same place and I gotta say, it hurts like hell. Kudos to Green and his sweet game tatty.