PEDESTRIAN.TV has teamed up with 'Stuber', in cinemas July 11.

The world of ridesharing is typically pretty chill – but then there are those other times. Those times when you jump in a car and your driver is anywhere from mildly unhinged to straight-up cray.

Which is exactly why a comedy movie about it is obviously going to be hilarious. Coming to screens on July 11, Stuber follows Stu the Uber driver (Kumail Nanjiani – The Big Sick, Life As We Know It), who picks up a cop (Dave Bautista –  Guardians of the Galaxy: Vol. 2, Avengers: Infinity War) trying to hunt down a murderer. Let’s just say his five-star potential is put in serious jeopardy.

In celebration of the release, we’ve asked around the office for some homegrown wacky rideshare tales. Let me just tell you, we have some DOOZIES.

I once had a really good chat with a driver that kept going even after the ride had ended, and we were sitting in a Maccas carpark for like 10 minutes and then he was like ‘hang on I want to give you something, go to the boot’ – this is where I started to slightly worry.

Turns out he had a huge box of individually-wrapped Mentos in there and just shovelled handfuls into my bag and sent me on my way.
– Courtney

One driver pulled over on the Tullamarine freeway and took a piss. So bizarre.
– Flick 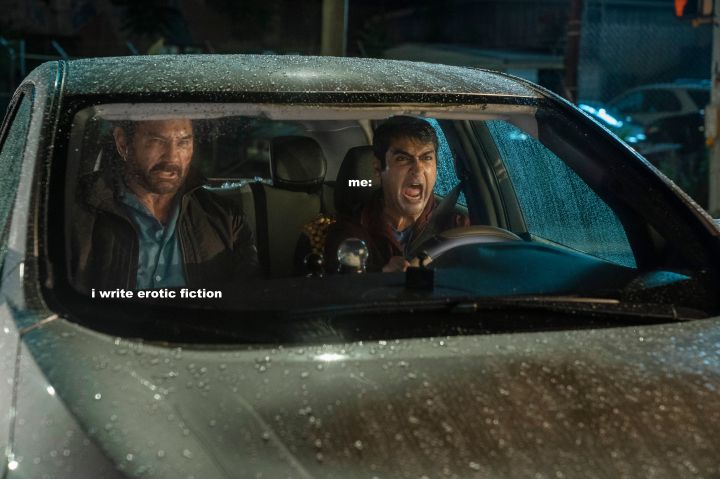 The driver had a book of secrets on his console that his passengers would fill in, and you could only read the book if you entered a secret in yourself. He had so much content in there that he could definitely have written a book!

One of the best stories we read in there was a girl who suspected her boyfriend was cheating on her, but he was a really light sleeper. So every time she tried to check his phone he woke up. She ended up drugging him with roofies to get into the phone – and yep he was cheating! A very entertaining read.
– Sarah

One time I was in an Uber. We’d been driving for about 10 minutes and neither of us had said a word. We pulled up to a set of lights, and the driver turned to me heaps slowly, then quietly said: “have you ever seen the movie Wolf Creek?”

I almost lost it, but after a few moments of awkward silence we both had a laugh and we ended up talking about horror movies for the rest of the trip. #murderavoided.
– Josh 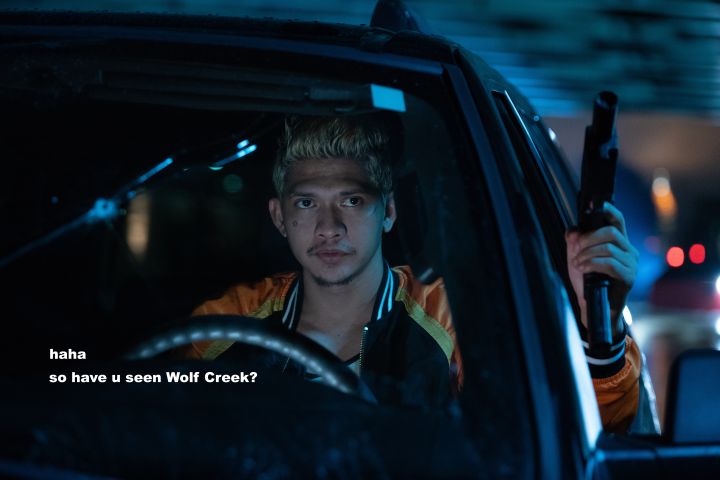 The Uber driver played a song and said if we guessed what song it was in the first 15 seconds he would give us the rest of the ride free (we had another 15 mins left). My friend got it right and he stopped the clock on the meter. It was pretty dope.
– Ivanna

One time my friends and I were being really scabby and didn’t want to order the Uber XL (there were 5 of us) so we spent the whole night Ubering around with one person crouched on the floor of the backseat behind the driver seat. One person would jump in the front and distract the driver and the other person would just dive in the back and crouch down. We did it, like, 4 times in one night without being caught.
– Nicola 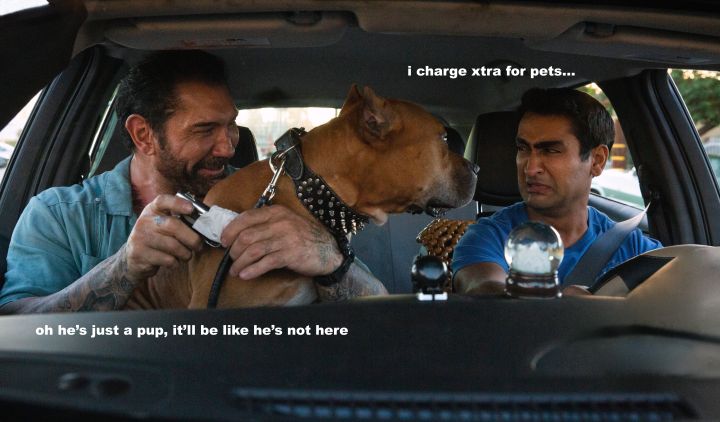 I had a rideshare driver with a voice like Michael Clarke Duncan who said he could tell I was a nerd because I have curly hair? He then asked if he could touch it and offered me pasta in a Tupperware container.
-Steph

I once was on a pub crawl for my friend’s 30th. By 11:30pm I was far too drunk and didn’t get let in so I had to get an Uber home. Instead of spewing in the car (which I’d done once as a 19-year-old and knew I’d cop a fine) I quickly asked the driver to pull over and bill me to wherever we were.

I spewed on the side of a random street then ordered my next Uber to get me the rest of the way home. A car pulls up and I jump in and drunkenly slur ‘”Are you my uber driver?” to which he responds with “no, who the hell are you?”.

I told him I was getting back to Kirribilli and asked him to drive me for $50. He did. I’m pretty sure I was like 8 minutes up the road and he made good cash from a drunk stranger.
– Matt

Do you like laughing? Have you ever been in an Uber? Then get yourselves ready mates, because Scuber is going to thrill your hearts.

If you want to score yourself a double pass to a preview screening in Sydney, Melbourne, Brisbane or Perth – or to see it in-season in South Australia – we’ve got a bunch.

All we want from you is to aggressively click the below and share your strangest IRL Uber (or wild ride) story with us.

WIN A DOUBLE PASS TO A PREVIEW SCREENING OF STUBER

Have a gander at the full trailer below and get ready for a wild ride.

READ MORE
I Went On Uber's Rideshare Sub And, Yes, The Rumours Are True: Submarines Rule