The series finale of HBO‘s ‘Game of Thrones’ airs this Sunday, and fans have a lot of questions as we prepare for the last episode. Written and directed by the showrunners David Benioff and D.B. Weiss, the finale still has no announced title.

Keep reading to see all the biggest questions we have heading into these last 80 minutes of “Game of Thrones.”

Did Varys send any letters before he was caught? 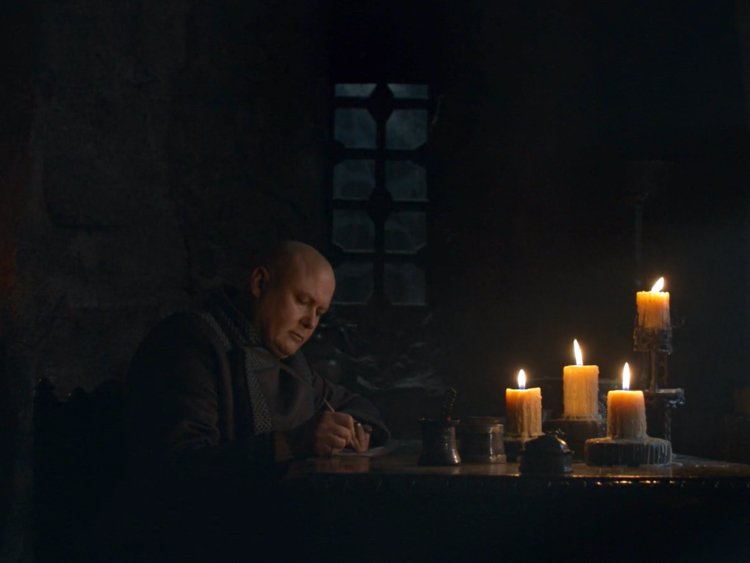 On last Sunday’s episode, “The Bells,” Varys was shown writing multiple letters. The first one we saw him with was a message discussing how Jon Snow was the true heir to the Iron Throne.

Did any of those letters make it out of Dragonstone? If so, to whom were they sent?

Read more:See our transcription of the letter Varys was writing about Jon

Will any of the living lords come to King’s Landing to investigate or support Jon’s claim? 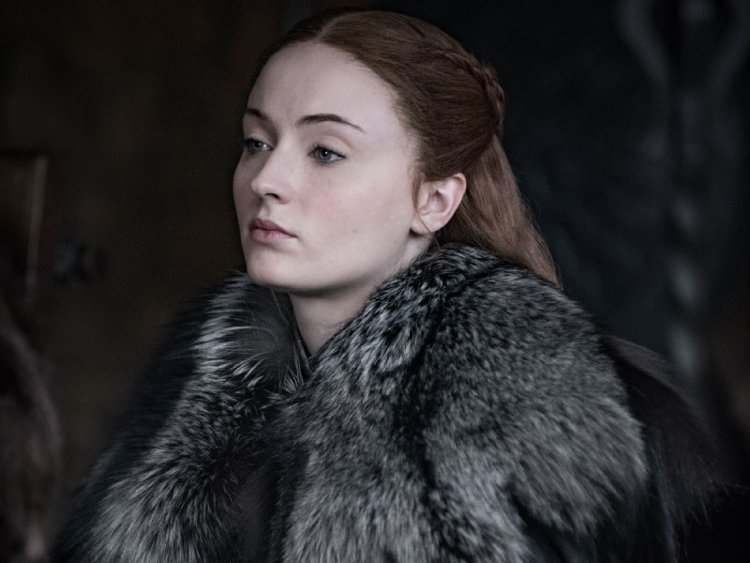 Before Ned Stark died, he sent a secret letter to Stannis Baratheon to inform him of Joffrey‘s true bastard identity. That sparked Stannis’ involvement in the War of the Five Kings.

If Varys told any other lords of Westeros about Jon’s identity, will they make their allegiance known? Would anyone even believe this truth coming from Varys?

Which brings us to a question about the ruling lords and ladies left in Westeros. For starters, where is Yara? 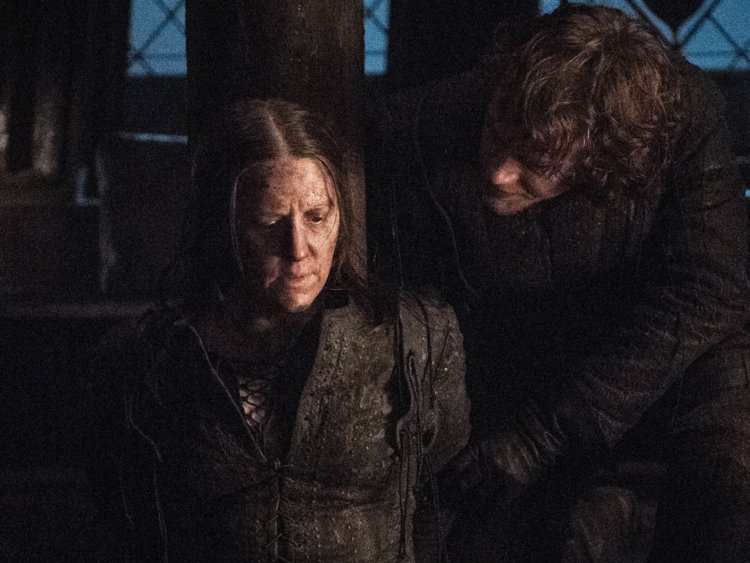 Varys told Daenerys at the start of episode four that Yara had retaken the Iron Islands. But why wasn’t she part of the battle at King’s Landing? Will she turn up on the finale?

And what about Edmure Tully? 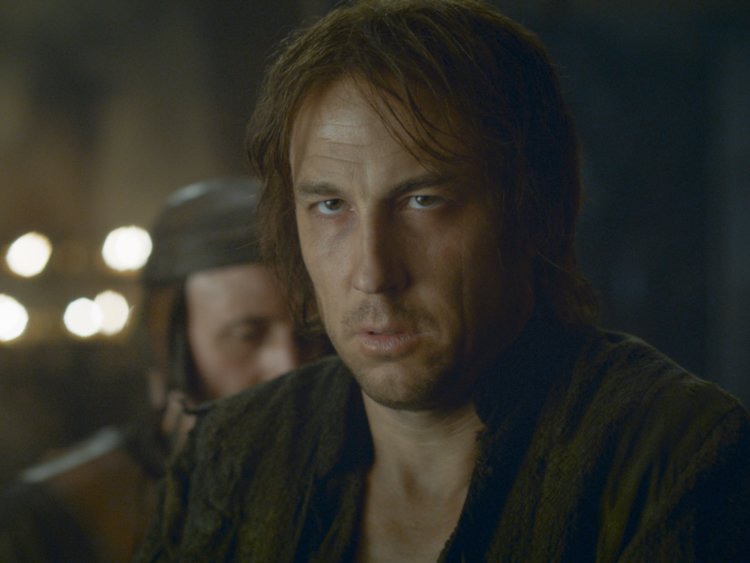 We last saw Edmure on the sixth season when Jaime forced him to relinquish Riverrun to the Freys. Edmure was then brought back to the Twins, and we picked up at that castle for the seventh season premiere when Arya Stark came and murdered all the Frey men.

But there was no mention of Edmure. Is he still in the dungeons of the castle, being watched by the surviving Frey serving girls? Will he ever be mentioned or seen again on the show?

Technically he should be Lord of the Riverlands now, if he gets to take back Riverrun.

And how about young Lord Robin Arryn? What’s he up to? 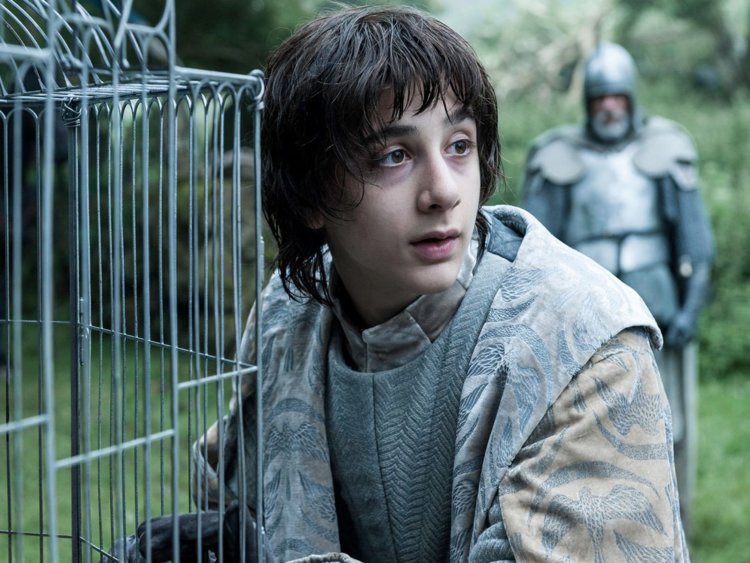 Robin Arryn isn’t much of a fighter, to say the least, which is why his loyal lord and mentor, Yohn Royce, was in Winterfell representing the Vale. But there’s been no mention of Lord Arryn or his plans.

Who is the new prince of Dorne? How did he become prince? 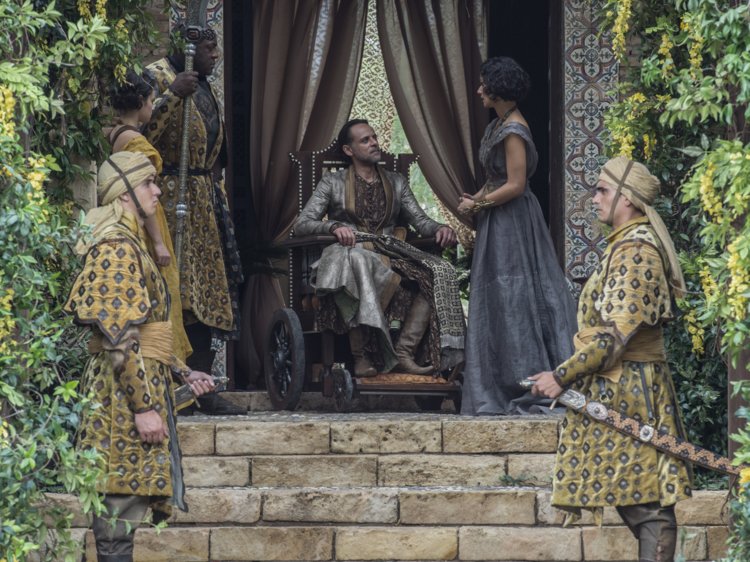 So who is this new prince? And how was he chosen for this position? Why wasn’t he at the battle of King’s Landing either?

Will Daenerys find out that Tyrion helped Jaime escape? 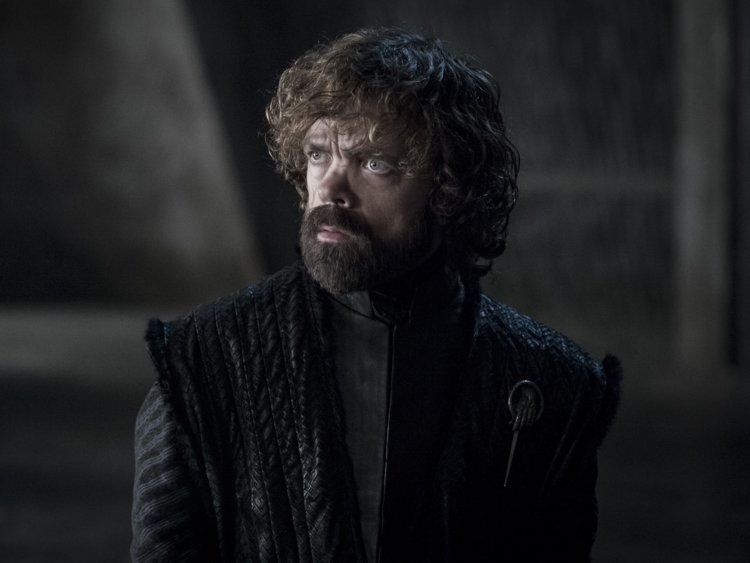 Jaime told Tyrion he could be executed for releasing him, and Tyrion said he hoped Daenerys would see it was the right thing to do if it meant a bloodless takeover of King’s Landing.

But that plan went horribly awry, and Daenerys is still in a tenuous position. If she learns Jaime Lannister was set free, what will she do?

Is Davos going to get in trouble along with Tyrion for smuggling Jaime out of the Targaryen camp? 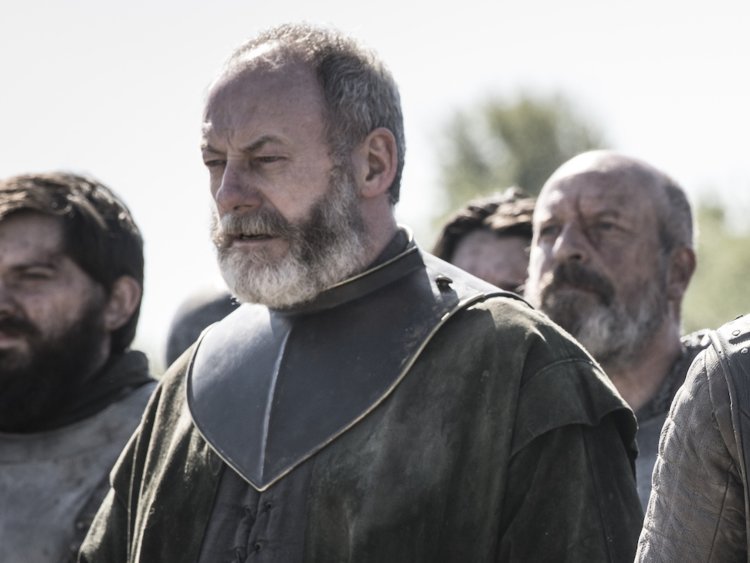 Assuming Daenerys finds out about Jaime, that puts Ser Davos Seaworth in an uncomfortable position too. He’s Jon Snow’s most loyal and trusted adviser. If Daenerys threatens him, that would make things even harder for Jon.

What will Arya do next? 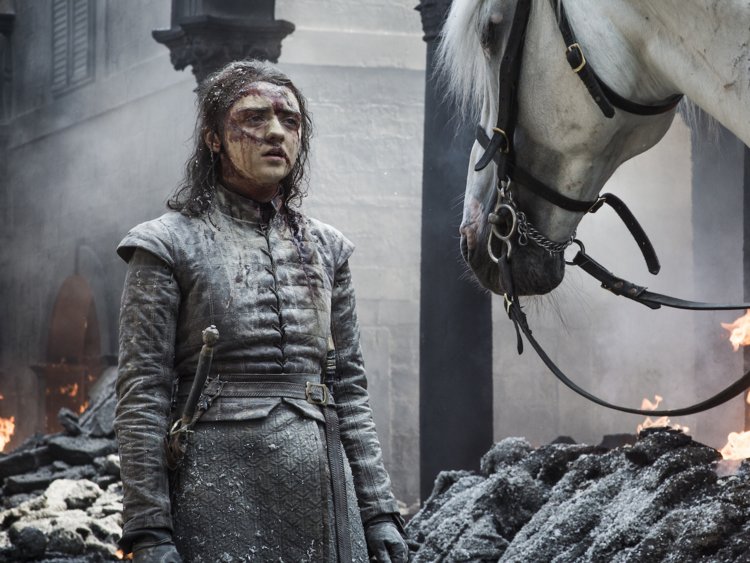 At the end of the episode, Arya rode off on a white horse, which might have been a symbol of hope and heroism or an allegory for the Book of Revelation’s apocalyptic herald of Death. Or maybe it was just a pretty horse.

Regardless, we’re curious to see what her next move will be. Did Jon Snow even know she was in the city? Will she find him and together they’ll talk about the horrors Daenerys just inflicted upon the city?

Read more: 17 details you might have missed on the latest episode of “Game of Thrones”

What is Bran’s role now? 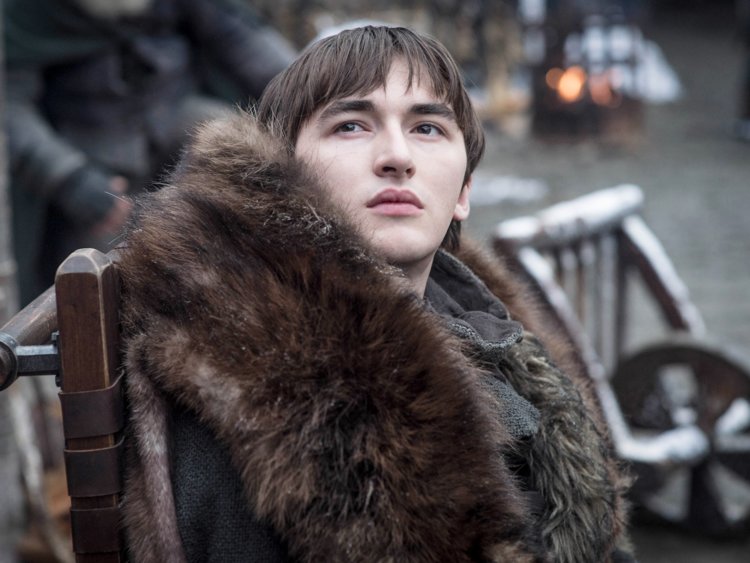 He told Tyrion he had no interest in being Lord of Winterfell. We didn’t see any real meaningful use of his powers on this season either — at least not so far. How will his story end?

Will Tyrion talk to Jon about his parentage? 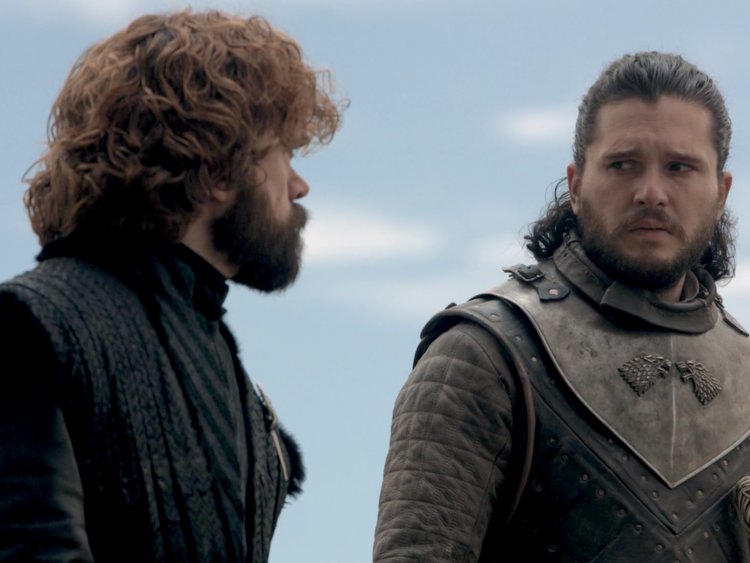 Tyrion and Jon have the longest shared history out of nearly any other surviving characters who aren’t related. But they have yet to discuss the bombshell truth about Jon being a Targaryen.

Read more: ‘Game of Thrones’ has been hinting at Jon Snow’s true parentage since season one — here’s every clue we spotted

Does Jon keep pulling away from Daenerys because she’s his aunt, or because he has problems with her actions? 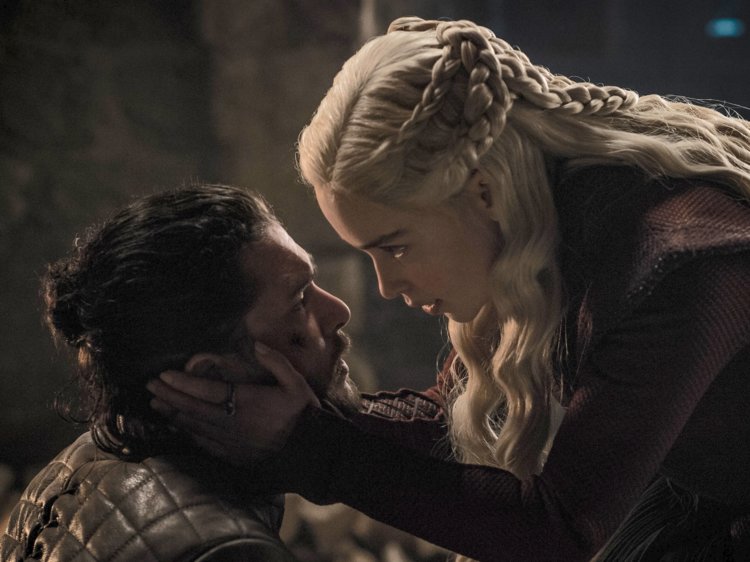 Twice now we’ve seen Daenerys approach Jon privately for some romantic touchy-feely time and Jon pull away. But they have yet to discuss their shared relationship in terms of incest. So far, it’s been all talk about the claim to the Iron Throne.

Is he reluctant to kiss her because she’s his aunt? This could be the case, but he also seemed increasingly wary of her actions.

We know he was surprised when her response to the truth about his parentage was so focused on the claim to the throne. And the look he gave her after Varys was executed seemed a bit troubled too.

Now that she burned thousands of innocents in King’s Landing, how does he feel?

What will Daenerys’ next move be? 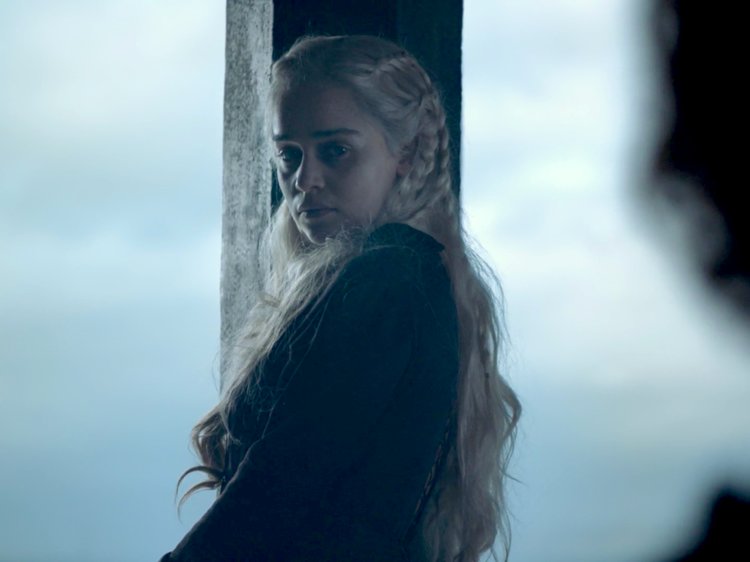 Now that Queen Daenerys has control of King’s Landing, the next step might be to summon the various lords of Westeros and have them swear fealty to her.

On the seventh season, she told Tyrion they would settle the issue of the line of succession after she won the throne. Will that conversation resurface?

Will the Iron Throne still exist by the end of the show? 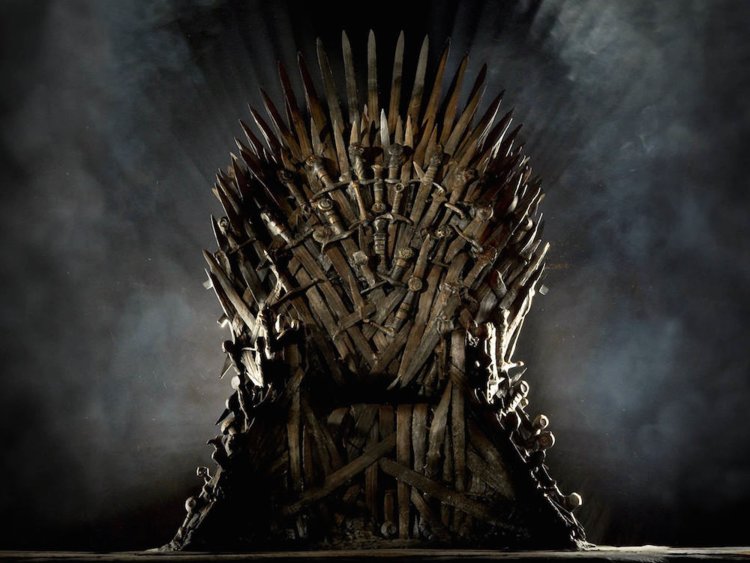 As we’ve explained in this theory post, many fans have long believed the Iron Throne will not exist as the main seat of power by the end of the show. If Daenerys wants to truly “break the wheel,” destroying the throne could be step one.

Plus, it might be buried beneath the crumbled ruins of the Red Keep now.

Read more:Guessing who will win the Iron Throne is the most pointless ‘Game of Thrones’ debate 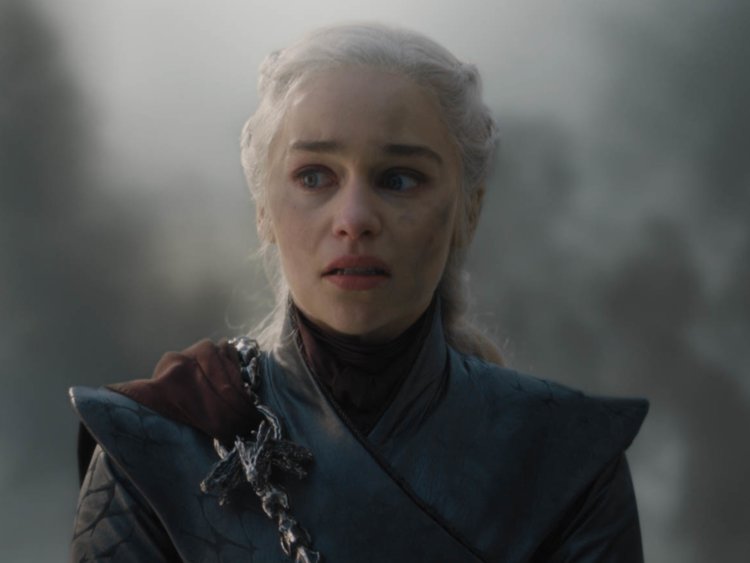 In 2016, the showrunners David Benioff and D.B. Weiss spoke with Entertainment Weekly about how Martin had told them three planned moments for the book series, all of which made them think, “Holy s—.”

The first two were the burning of Shireen Baratheon and the revelation of how Hodor got his name.

The third, Benioff said, is from “the very end.” That sounds to us as if it’s from the finale, meaning it might not have been Daenerys’ burning of King’s Landing. So expect one more major twist or shocking moment, folks. 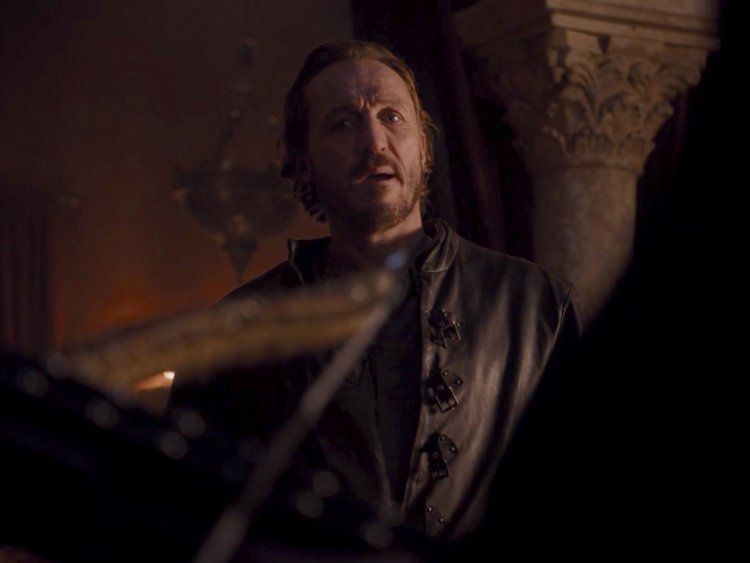 He told Tyrion and Jaime he was going to sit out the war and come to them to collect his prize, Highgarden, when everything was settled. Will he make his way back to King’s Landing on the finale?

And what about Nymeria and her wolf pack? Will we ever see them again? 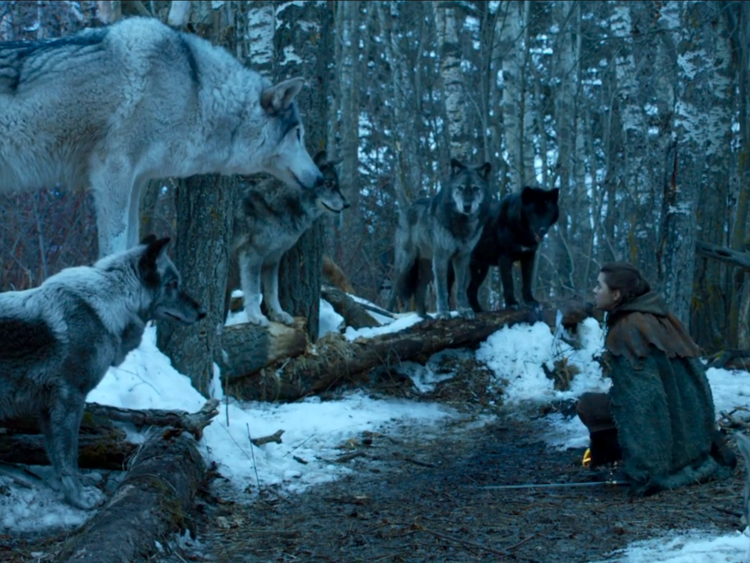 One character we had hoped would return for the major season eight battles was Nymeria, Arya Stark’s direwolf. In Martin’s books, we hear about a giant wolf pack terrorising the Riverlands.

Now that all the fighting is done, it seems unlikely the wolf pack would be necessary, but you never know.

Is Daenerys going to get pregnant? Or was all that presumed foreshadowing for nothing? 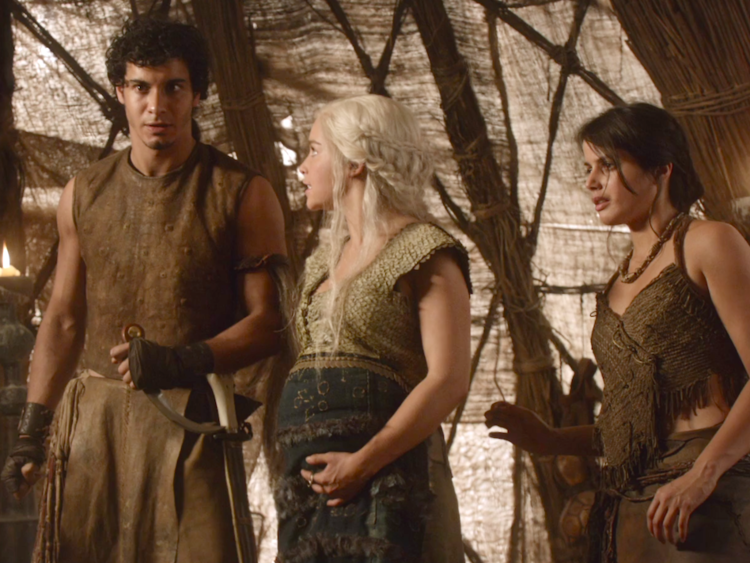 The seventh season really leaned into mentions of Daenerys being (supposedly) infertile. This made us feel as if the writers were foreshadowing a pregnancy.

Right now, Jon is the only contender for a father, but they’re clearly not having sex regularly. With tensions rising around Daenerys, we’re not sure how a pregnancy would factor into these last 80 minutes.

What happens with the Night’s Watch now? 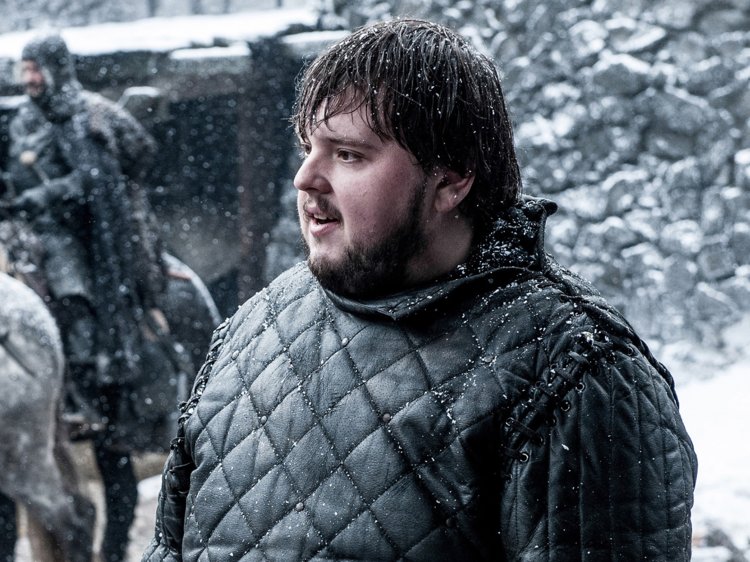 Jon left the Night’s Watch after his death and resurrection, putting Edd Tollett in charge. But then the Night King broke down the Wall, and the Night’s Watch fled south. Now Edd is dead, and Sam is settling down to raise a family with Gilly.

So now what? The Wall was built as a fortification against the threat of the White Walkers. If they’re all gone, does that mean the rest of the Wall will be destroyed and the Night’s Watch permanently over?

Speaking of Sam, will we ever see him on the show again? 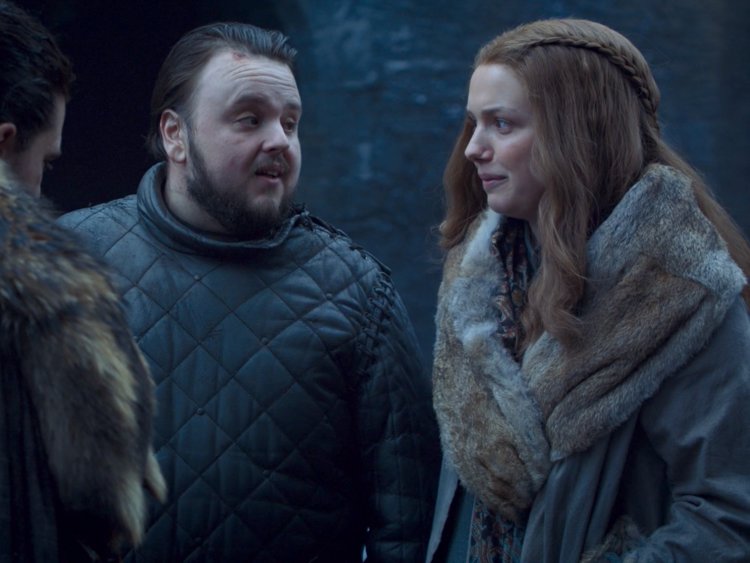 Sam and Jon’s goodbye seemed quite final, though it wasn’t made clear whether that was also the audience’s goodbye moment with Samwell Tarly and Gilly. We hope there’s still one more scene with these beloved lovebirds.

Will Drogon survive? Or will magic be erased from the world once more? 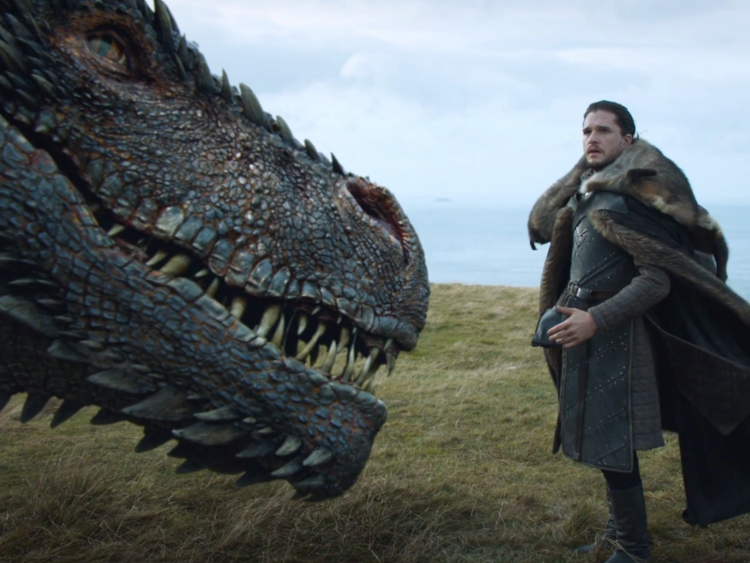 Drogon is the last living dragon in the world. If something were to happen to him, Westeros and the planet would enter another period when magic is virtually gone.

Bran (if he survives too) would still have his powers, but the Children of the Forest and the White Walkers were destroyed, as well as Melisandre and Thoros, the only two R’hllor followers we ever saw conjure magic. 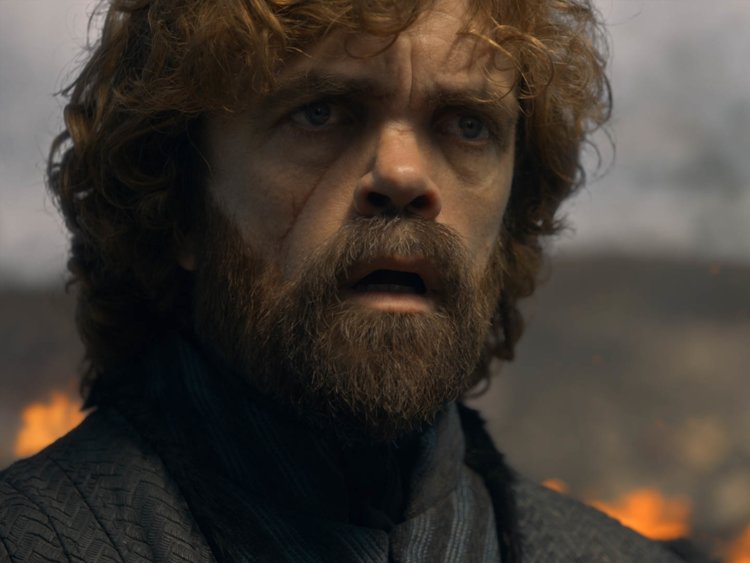 Tywin Lannister denied Tyrion his birthright of one day becoming Lord of Casterly Rock, but now Tyrion is the last living Lannister. Casterly Rock is his by default, right?

He’s clearly not focused on that at the moment, but it is worth thinking about who will hold all the major castles by the show’s end.

Which lords and ladies will preside over each of the Seven Kingdoms? 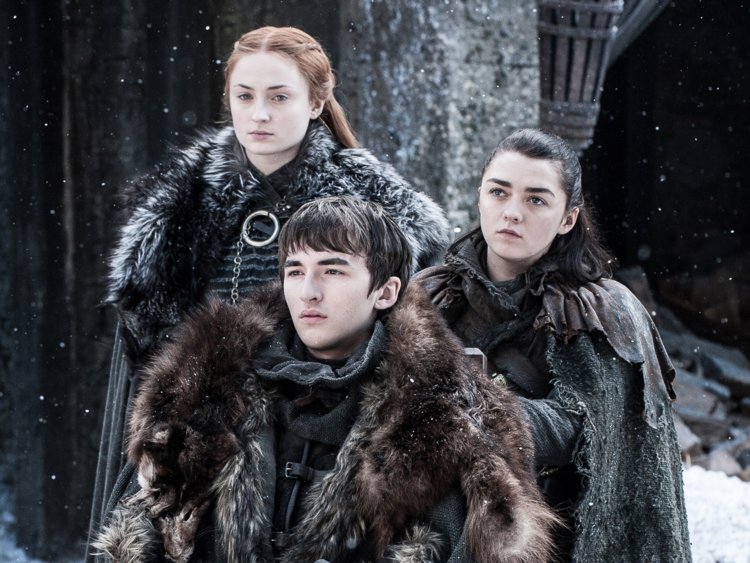 Hopefully the series finale will address this, but for now here’s a list of each of the main regions of Westeros, their castles, and current rulers. (Note: There are nine strongholds, despite the term “Seven Kingdoms.”)

Last but not least, what will the finale be called? 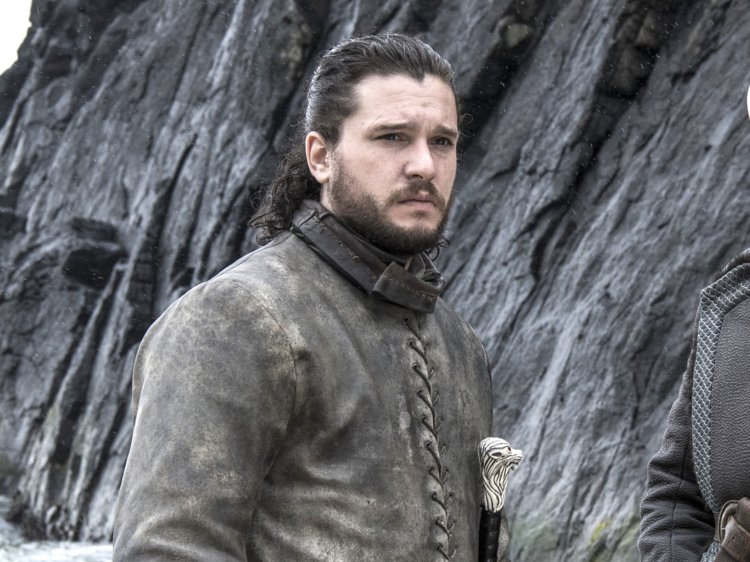 For previous seasons of “Game of Thrones,” HBO released the episode titles in batches. But this year it’s keeping the names a secret until after the episode has aired.

Benioff and Weiss like to use phrases from Martin’s book series as episode titles. A popular guess is either “A Dream of Spring” (the planned title for the final book in his series) or “A Song of Ice and Fire” (the title of the whole book series).

But we have an alternative guess: “A Time for Wolves.” 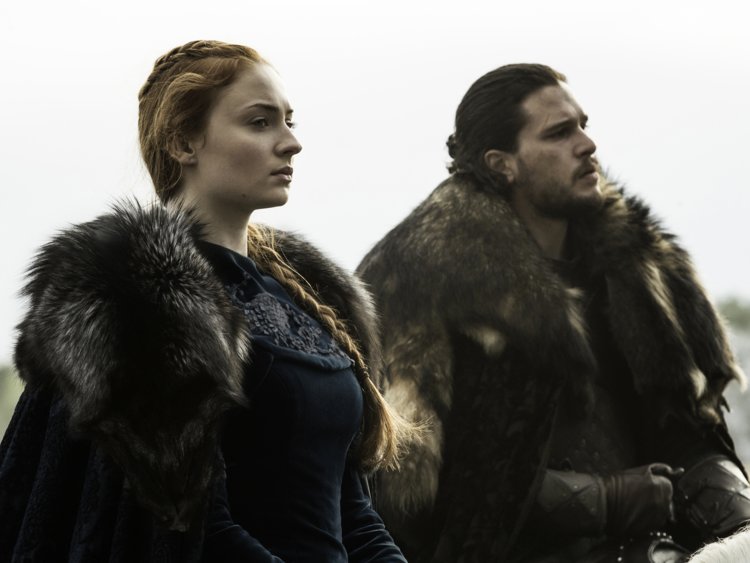 This was the title Martin originally wanted for his final book in “A Song of Ice and Fire,” but instead it was switched to “The Hour of the Wolf” and used as the chapter title for a section of “Fire and Blood,” a recently published Targaryen history.

With Sansa, Bran, and Arya all left alive as we head into the finale, House Stark is more powerful than ever. Daenerys is now at odds with nearly everyone in the realm, and Jon Snow is resisting embracing his Targaryen heritage. It makes sense for the series to end with the Starks on a high note, and “A Time for Wolves” would fit perfectly with that.