The Trailer For ‘Detective Pikachu’ Has Destroyed My Sanity, Possibly Forever

Well, folks, this has finally done it. After absorbing Internet bullshit for my entire life, corroding my soul and inching me ever-closer to the precipice of madness, something has finally severed the final few ties I maintained with reality. What finally did it? The trailer for Detective Pikachu, which is a live-action (!) adaptation of Pokémon in which the electric yellow rat himself is voiced by Ryan Reynolds.

I can’t really articulate why this is so stupendously fucked up to me without obliterating the rest of my mind, but let me say this: I have never been more convinced of the fact that some kind of apocalyptic reckoning is imminent than right now.

Everything about it is hell. It proves why no live-action Pokémon has existed before the strange times of 2018. Only now, when we are utterly unmoored from all purpose and unfettered global capitalism continues to atomise our very existence until narrative itself is meaningless, could something like this exist. It sickens the spirit. It heralds the end of everything.

Also, the live-action Mr Mime is frightening. Has anyone else ever thought about the fact that Mr Mime is sort of just a fucked up little man, and that enslaving him and forcing him to fight magical animals would be, well, immoral? I’ve been thinking about that a lot recently. 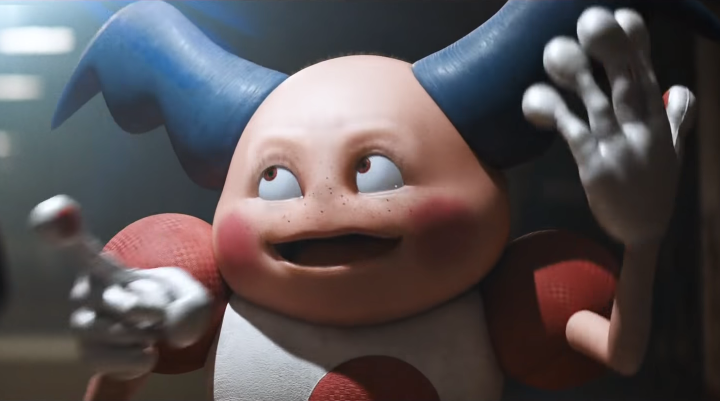 Anyway! Enough about that. Detective Pikachu also stars Justice Smith, Kathryn Newton, Bill Nighy, Ken Watanabe and Rita Ora. It hits cinemas in May next year. My God have mercy on us all.