In the third season, “local family man” Jamie is involved in a fatal car accident that, upon investigation, is much more sinister than you’d think.

What happens when you lose control? #TheSinner returns to @USA_Network with a new story in 2020. pic.twitter.com/qfDr5Np0Ij

Since season 2 dropped a whole year ago, we thought we’d take a look back at what went down so we’re ready for the next sinful adventure (hehe).

The second season was an absolute treat for those of us with a fascination with cults as it centred on a boy named Julian, who belongs to a mysterious bushland cult and is charged with murder.

I don’t want to give too much away RE the cult storyline in case you haven’t seen it yet ‘cos it’s a wild ride that need not be spoiled (plus it likely won’t follow on in season 3), but I will give you the tea on Detective Ambrose ‘cos that’s the shit you need to know.

In season 2 we learn that the events of season 1 (AKA that wild case involving Jessica Biel’s character) has made Harry something of a local legend.

Harry is called upon by his old friend Jack to help Heather, his cop daughter, with Julian’s case. Throughout the investigation, Harry bonds with Heather over their shared experiences.

He does not, however, bond with her father Jack who continues to try to get Harry to open up and be mates with him again like when they were kids, but Harry brushes him off and continues to be guarded, cold, and awkward. 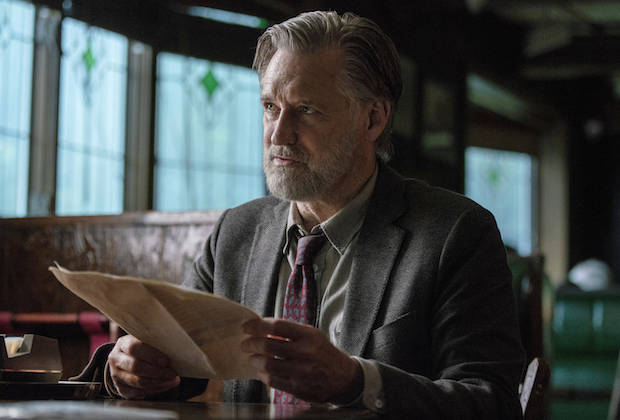 One night, Harry finally gives in and goes to a party with Jack where he runs into several old acquaintances from when he lived in Keller. The night comes to an abrupt close, however, when Harry has a panic attack and falls back into flashbacks of finding his home on fire. Jack is understanding and brings him home.

In the end, Harry and Heather realise that Jack is a rapist, and the father of the lil boy from the cult (oh wait, that was a spoiler… ah well, you were warned).

The season ends with Julian joining Heather and Harry for a day trip to Niagara Falls, implying that he and Heather have gotten closer since the whole shebang with her father.

Now, whether or not Julian and Heather will be in season 3, I don’t know, but we’ll know tomoz when The Sinner: Jamie lands on Netflix.

READ MORE
Here's All The Sick Shows Coming To Netflix In June & Did Someone Say New Season Of 'The Sinner'?