Palace Insiders Are Royally Pissed About The Crown S4: ‘It’s Trolling On A Hollywood Budget’

The Crown season 4 literally just landed on Netflix yesterday and it’s already causing a royal scandal with, you guessed it, the Royal Family.

Some of Prince Charles’ mates have slammed the show, accusing producers of “trolling on a Hollywood budget.”

They’re accusing Netflix of exploiting the Royal Family’s pain to make a buck, claiming “fiction is presented as fact” on the show for dramatic effect.

A bunch of Palace insiders have put The Crown on blast in an interview with Daily Mail Australia.

“This is drama and entertainment for commercial ends being made with no regard to the actual people involved who are having their lives hijacked and exploited,” said one insider.

“In this case, it’s dragging up things that happened during very difficult times 25 or 30 years ago without a thought for anyone’s feelings. That isn’t right or fair, particularly when so many of the things being depicted don’t represent the truth.” 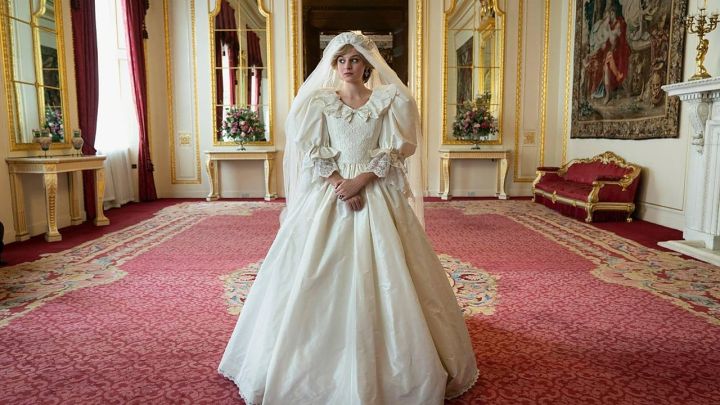 The insiders particularly took issue with the portrayal of Prince Charles as the series highlights his marriage to Diana and his affair with the then-married Camilla Parker-Bowles and, let’s face it, it’s not a good look for the bloke.

“The new series paints the Prince and Duchess in a very unflattering light but at least at the start of reality shows like The Only Way Is Essex they admit that some scenes have been invented for entertainment,” a Palace source said.

“There is no sense of telling carefully nuanced stories – it’s all very two-dimensional. This is trolling with a Hollywood budget. The public shouldn’t be fooled into thinking this is an accurate portrayal of what really happened.”

Apparently Prince William is “none too pleased with” the show as well ‘cos he feels that “both his parents are being exploited and being presented in a false, simplistic way to make money.”

What’s worse is that they’re pissed about how Prince Harry is “taking millions from the company that’s behind all this,” said an insider. “After all where do much of Netflix’s profits come from? The Crown.”

Until now, the Royal Family have refused to comment on the series, but the publication reports that both the Queen and Prince William have both been angry about the show’s portrayal of their family for years.

“These events are not the history of 100 or even 50 years ago. The pain is still raw and not enough time has elapsed,” the insider said. “Fiction becomes more attractive than fact and to dramatise these painful events of marriage breakdowns and children upset is very insensitive.”

In summary: One is not amused.

The Crown season 4 is now streaming on Netflix.