Most people have worked in hospitality before and have encountered the line cook/skinny white chef type that Allen White is portraying here. They’re tatted up, mostly give no fucks about their job and are impossibly hard to please. But if they like you… BUTTERFLIES.

Nothing feels steamier. Not even the kitchen’s steamer.

So when I heard that a moderately attractive actor would be playing an out-of-this-world sexy chef, I was stopped in my tracks.

“There’s no way anyone could focus on the culinary expertise of the characters when there’s so much sexual tension evoked by a chef who hates you,” I would riot.

There’s just something about this job in particular and the kind of sleazeball men it attracts that’s just so… hot. It gives you the feeling of “damn, they’re the worst man on the face of the planet, I shouldn’t give in but… those tatted arms.”

Here’s a recount of my perilous journey through the show, including a timestamp of the moment I doused my jorts.

Episode 1, 00:01:14: Jeremy Allen White reveals a tatted muscular arm while being threatened by an actual bear. His sweat glistens. His apron is on TIGHT. I have to stop The Bear. 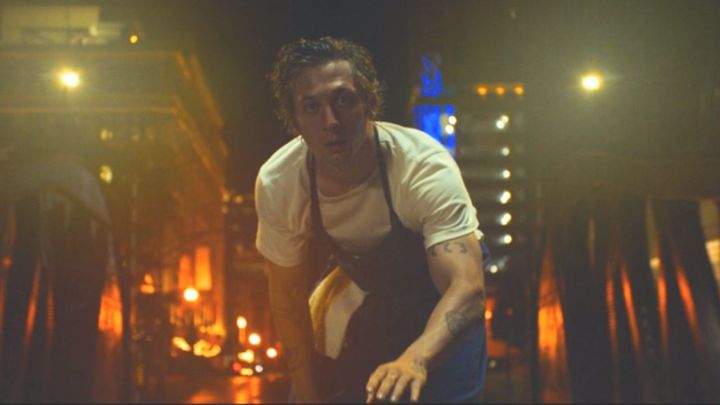 Well… that was fun.

The Bear is available to watch on Disney+ right now.