Nothing brings me more joy than reading spicy celebrity encounters from normies, which usually come via my favourite Instagram page, Deuxmoi.

But last night, So Dramatic! got their Aussie fans to share their run-ins for the second time and there’s some absolute gold in there from our homegrown celebs.

Bear in mind that as with all blind gossip that you read on the internet, there’s no way of knowing if these stories are legit or if they were fabricated for the lols, so take them as just that: a nice lol.

Let’s dive into some of my faves, shall we?

First up, a follower praised comedian Julia Morris, who they described as the “most down to earth chick ever” who “even chatted shit about the jungle.” I’m assuming they’re referring to I’m A Celeb, in which Julia’s the host. 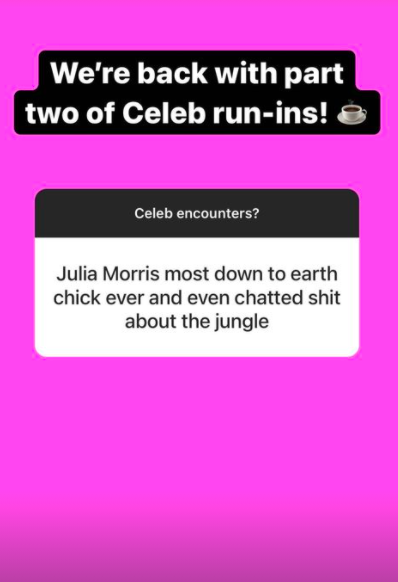 Another follower praised Drew Barrymore as “nice and chatty,” Aussie model Miranda Kerr as “the absolute sweetest,” and Jessica Mauboy as “SOO nice!!” 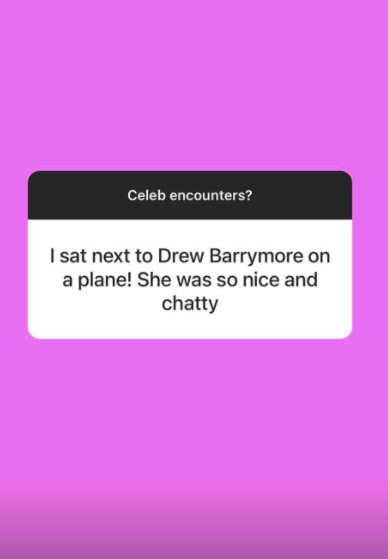 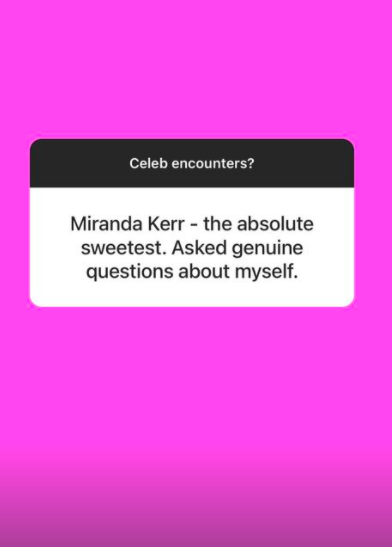 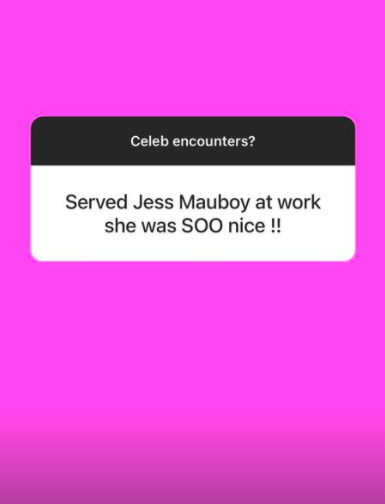 Meanwhile Ray Meagher (a.k.a. Alf Stewart on Home and Away) “wasn’t the nicest” and pipe down, ya flamin’ mongrel. 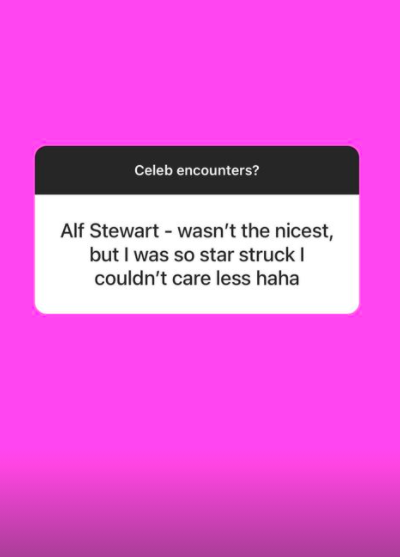 Ed Sheeran wasn’t the nicest either, apparently, according to another person who described the British singer as an “utter tossbag.” 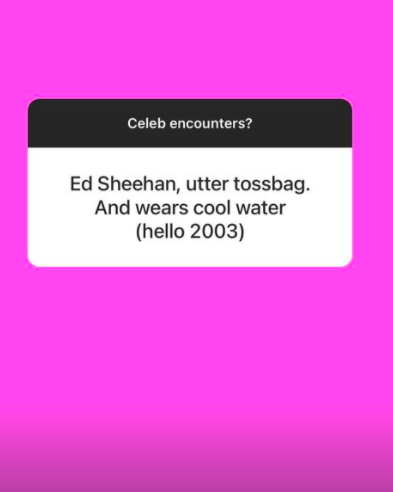 One person who claimed to have been mates with Sex/Life star Adam Demos while he was studying at acting school recounted their friendship with the bloke: 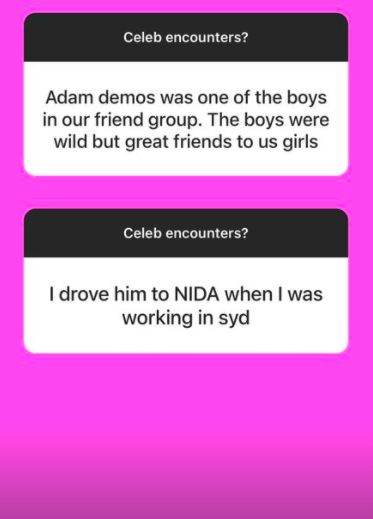 And finally, someone sent in a cryptic message about an Aussie beauty influencer who apparently “did the whole ‘Don’t you know who I am???’ act at a club VIP.”

They didn’t provide any clues so it literally could be any beauty influencer. Spicy! 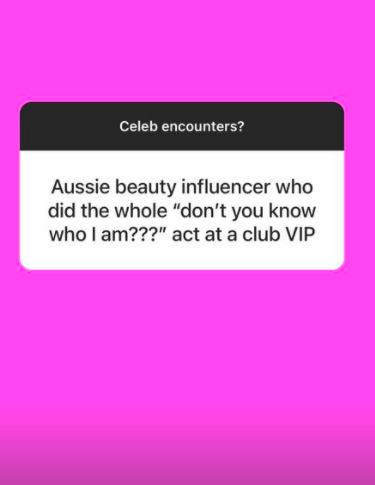 Now that was part two of a series that kicked off last week, have a peek at last week’s call-out below…

First up there’s old mate Russell Crowe who was generous enough to buy one punter a McFlurry. KING. 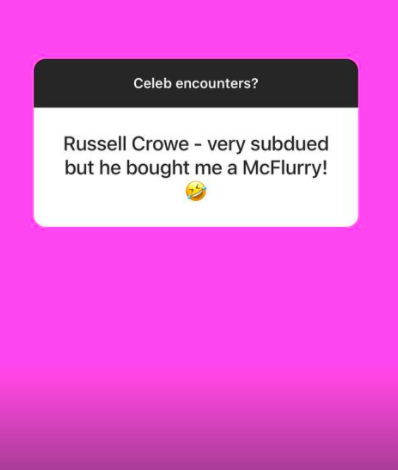 Meanwhile another follower said they met Angie Kent in a club bathroom and described her as the “NICEST CHICK” and an “absolute angel,” while someone else claimed they met Sophie Monk in an airport smokers area and said she was the “SWEETEST CHICK.” 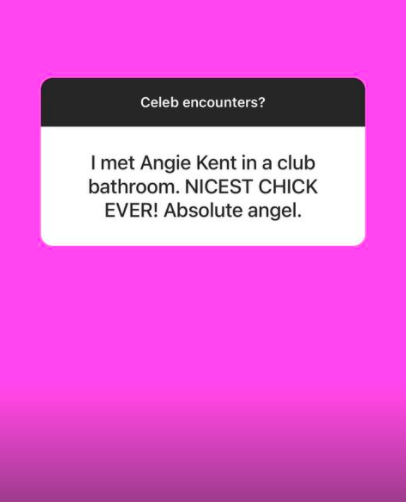 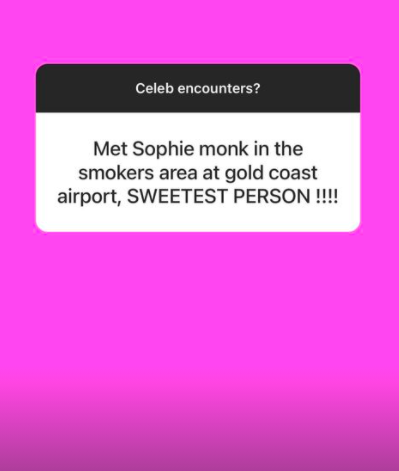 And then there were international celebs, like Sam Smith who was “lovely” when one punter served them at work. 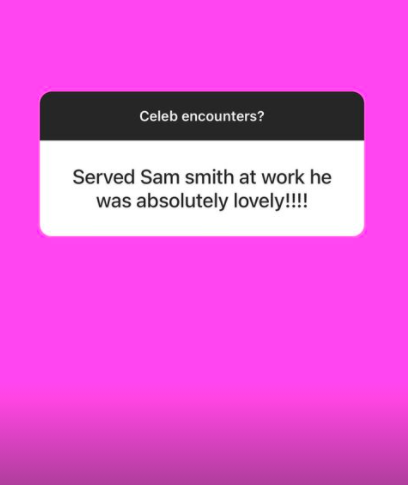 Now let’s dive into some of the negative encounters with celebrities, shall we?

One follower claimed that ex Real Housewives of Beverly Hills star Lisa Vanderpump was “so rude,” as was Aussie influencer Brittney Saunders. 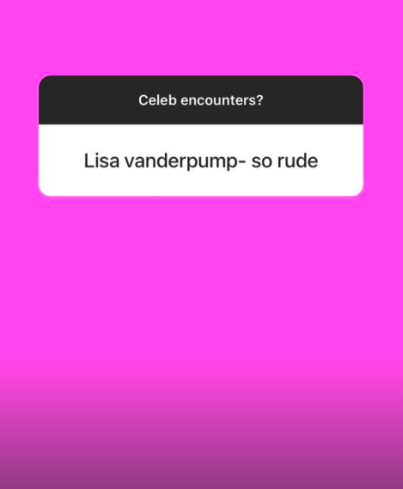 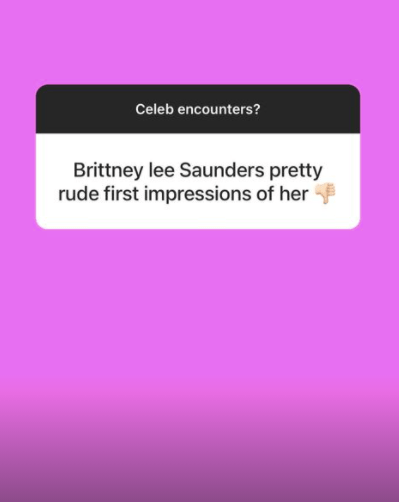 One follower brought up some Bachie blokes, claiming that while Jake Ellis was “really cool,” old mate Niranga was an “absolute flog.” 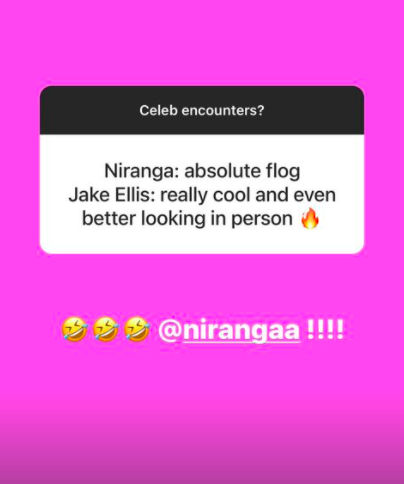 And here’s my absolute fucking favourite thing that I’ve read, not just in So Dramatic!’s Q&A, but anywhere on the internet. Ever.

One follower who claimed to be an employee at a CD store at an unnamed airport alleged that Natalie Bassingthwaighte would “regularly” visit the store and “call head office to complain if the Rogue Traders CD wasn’t on the chart wall. Even if it wasn’t charting.”

I’m filing this one away for a rainy day when I’m in need of a chuckle. Brilliant gear, that is. 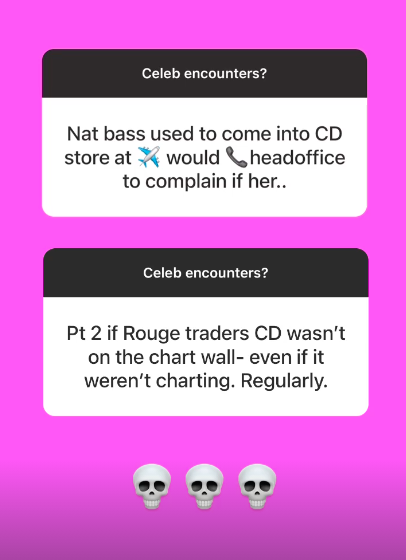 Head on over to So Dramatic’s Instagram to cop the others.