Following the latest season of The Real Housewives of Melbourne, fans have been petitioning for some of the original girls to return.

And not just the fans, even longtime cast member Janet Roach has been begging for an OG comeback via social media after the new girls failed to “test well,” as she so delicately put it on Twitter.

Now, international goss guru Deuxmoi has spilled some tea about the local Real Housewives franchise, which is a rare sight indeed.

Apparently OGs Gina Liano and Lydia Schiavello are in talks to return to the show for the next season after the most recent season “plunked in the ratings.”

“For all the Aussie followers – I have it on good authority that Gina and Lydia may be returning for next season of the Melbourne Housewives, after the latest season plunked in the ratings.” 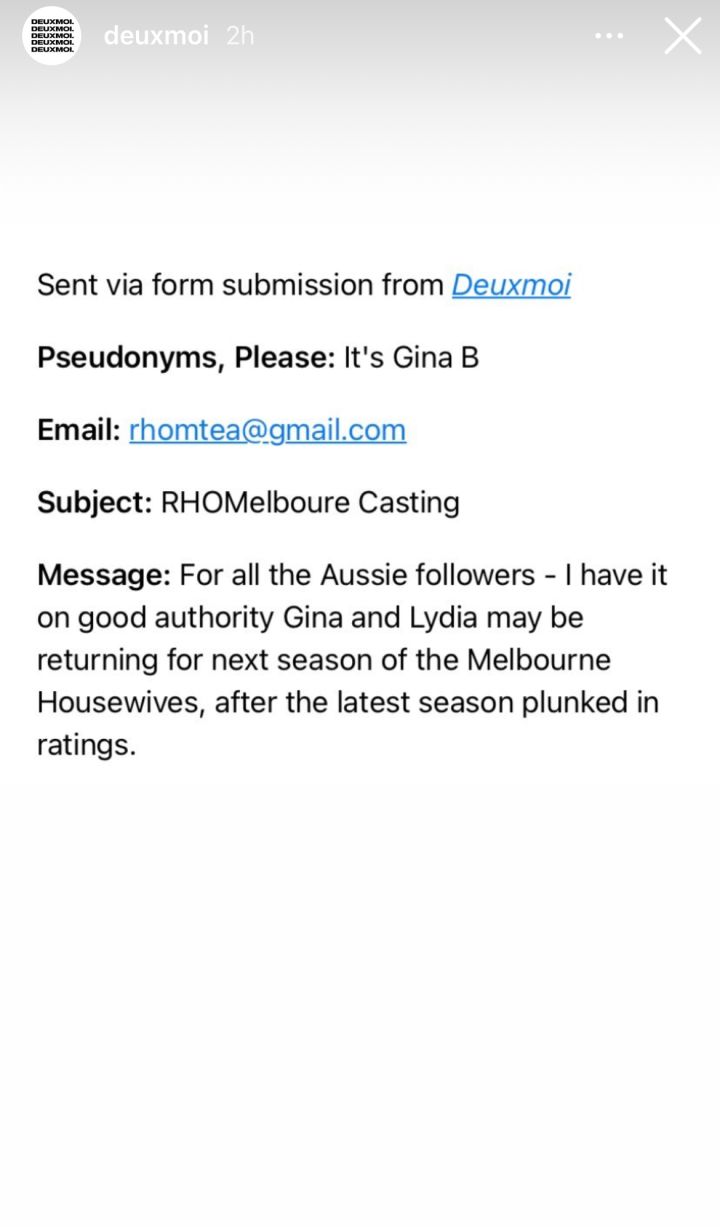 Gina and Lydia were mainstays on The Real Housewives of Melbourne for its first four seasons before taking a step back.

While Gina stated at the time that she was leaving to return to her legal career, the reason behind Lydia’s exit has been clouded in mystery.

During my recent interview with my favourite Aussie Housewife, Jackie Gillies, she discussed Gina’s decision to “bow out”.

“So she wanted to bow out quietly and I respect that!”

There’s been no word as to how Season 6 will unfold but viewers will be happy to hear that their fan faves Gina and Lydia are potentially returning to the spicy show.

Head here to have a listen to our interview with psychic Housewife and new mama, Jackie.

The Real Housewives of Melbourne is now streaming on Foxtel Now.