The best seasons of The Simpsons have been hotly debated and contested for years (it’s seasons 2 to 10 with notable moments in seasons 1, 11, and 12, thank you) so getting the opportunity to own a moment, a legit Simpsons animation cel, from right in the thick of the favoured golden era is something that even cynical members of Generation X would love to have.

Now I’m not about to go full Impulse Buying Network here and tell you that you’ve got a chance to win and own a piece of Simpsons history that’s absolutely, positively 100% guaranteed to increase in value (not a guarantee), but I am saying that this might be your one (1) chance to own an ultra-rare hand-painted animation cel from Season 4, Episode 12, thanks to our mates over at Disney+.

And if your Simpsons-brain isn’t as sharp as some, that’s the iconic Marge Vs. The Monorail episode.

As much as I wished this was a cel of Bitey opossum and its babies that Homer lets live in the cupboard on the monorail, it’s actually a still of that charlatan, that shyster, that money-grifting son of a bitch, Lyle Lanley. You know, that guy that put Ogdenville, Brockway, and North Haverbrook on the map. 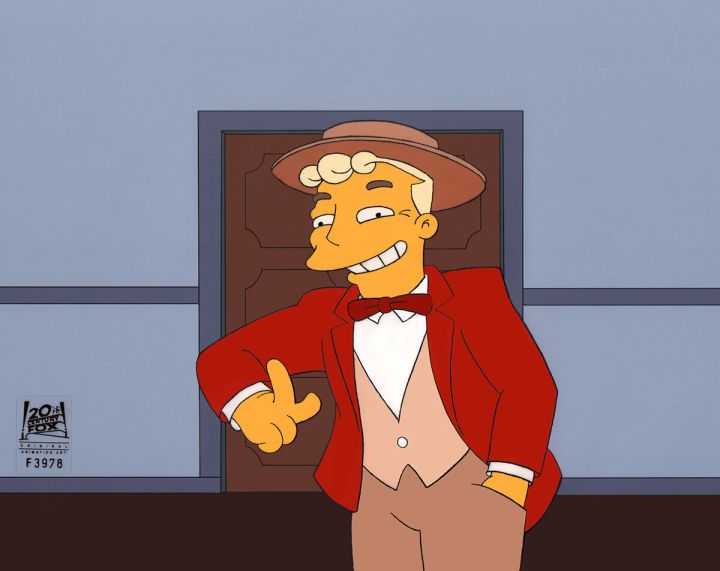 I promise that it’s actually more than just an unattached arm of possibly a character from the cartoon series, and actually a full animation still from one of the most-loved episodes from the series.

To throw your hat in the ring to win yourself this Simpsons animation cel and ultimate collector’s item, you just have tell us which ep is the most underrated in your opinion, and cross your four fingers that you might just wind up with a genuine, bonafide, electrified piece of animation history.

Unless of course, you think it’s more of a Shelbyville idea or something.

And don’t forget, if you’re still checking in with our favourite four-fingered family, season 30 (!!!) of The Simpsons is now streaming on Disney+.