It ain’t a secret: Queer Eye is an emotional rollercoaster.

The Netflix reboot of the popular series took what was once purely a show about makeovers, and weaved it into something fairly magical; a show not just about helping unfashionable men out of their various ruts, but about breaking down pre-conceived notions of masculinity and sexuality in a part of the world where old habits die the hardest.

The series opens hot with a cracking series of episodes that immediately stamped their place as some of the most purely emotional TV you’re ever likely to see.

Some, however, had about all the emotional clout of a rock.

I, a 32-year-old straight white man, boldly binged the entire season last night; eyes almost literally glued to the screen. Did I cry my ass off? You absolutely know it. Here’s a definitive ranking of how much the episodes kicked my mighty heart in square in the heart-balls. 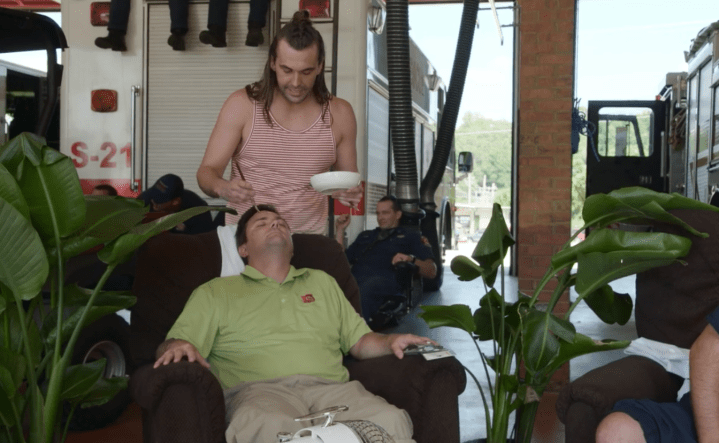 The good thing about reality shows is that you don’t really need to leave a season on a cliffhanger, so you can tuck your weakest episode away in the finale. And boy howdy, was this one ever weak.

Despite the fact that this episode is the biggest (and, really, only) true showcase of Bobby‘s skills (the dude performs LITERAL MIRACLES in every episode and gets glossed over each and every damned time; oh I’m sorry Jonathan, you got some boring middle aged slob a haircut? While you were doing that, BOBBY RENOVATED AN ENTIRE HOUSE) it’s intensely boring.

If I wanted to watch that, I’d put on Grand Designs, because at least that way there’s a good chance of seeing a dumbass Englishman grin while sieving pig shit. 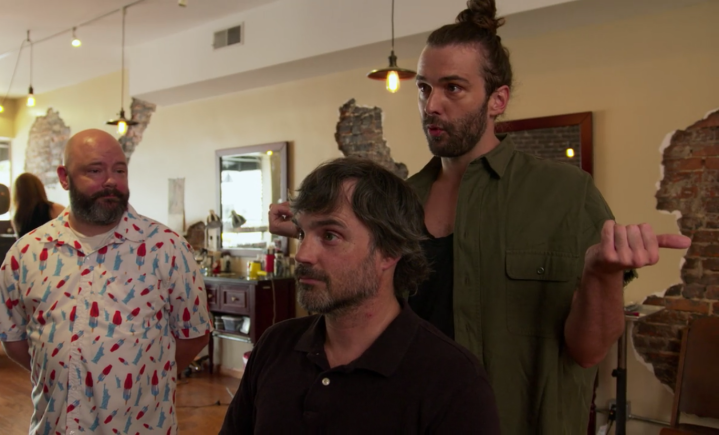 This episode. This fucking episode. It revolves around Bobby, a man with 17 children and 53 more on the way, who tirelessly works about 26 hours every day to support this brood of terrible offspring that have been systematically feeding his house through a wood-chipper, while his wife spends her days flailing a Bible around and constantly reminding him that God Hates Dingers™. And yet it’s he who has to do the extra work to change here. He‘s the problem. Not literally everything else in his life.

The only thing genuinely upsetting about this episode was that it wasn’t one long static shot of the Fab 5 taking Bobby to a quiet bar and buying him beers for a few hours.

6) Cory, who tried to brush off owning a MAGA hat 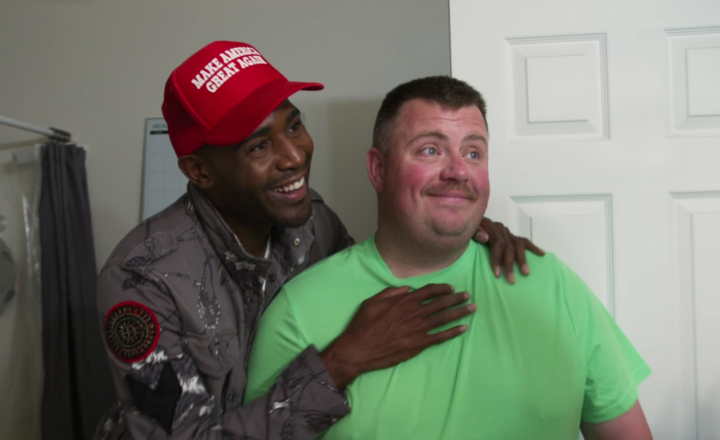 Fair play to him, Cory’s a sweet guy and a good Dad, and Karamo’s chat with him about the schism between law enforcement and the black community was seriously powerful television.

Proud Dads are always a fast-track to tear town, but this episode dials it back by distracting the eye with a number of intensely curious anomalies.

Firstly: Cory’s idiot NASCAR mates showing up to the Fab 5 loft in full costume. Did they just rock up to the Queer Eye set on the day and shout “brah” until someone let them be on camera again?

And secondly: The finest example of Antoni‘s bizarre “fruit with things” salad technique, which has about as strong a relationship with culinary theory as I do with anything involving mayonnaise.

It is horrible wobbly chook butt custard, and you should all feel ashamed for liking it. 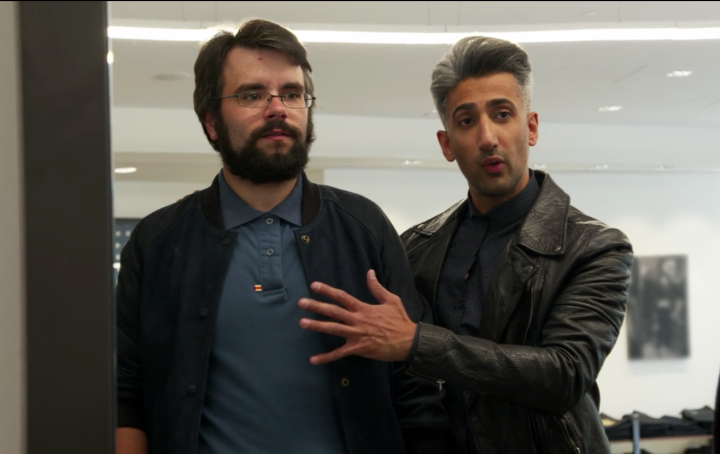 Easily Bobby’s largest miracle and one of the most visual physical makeovers of the series, Below Average Joe‘s episode loses a few points for a bunch of weak barbs aimed at his clearly better-at-comedy brother and a lingering sense that he somehow managed to concoct this whole thing as a means of promoting his own stand-up career. No one can wind up looking that much better that easily without realising what they were hiding.

Watching him get ruthlessly owned by an old bloke at a bar after telling them a bunch of really quite not-good jokes was a joy I never thought I’d get from a show like Queer Eye. And the whole thing would’ve passed by as an emotionless void were it not for the final few minutes where, out of nowhere, Joe played SECRET GIRLFRIEND.

Judging by the Fab 5’s reactions, it was super effective. 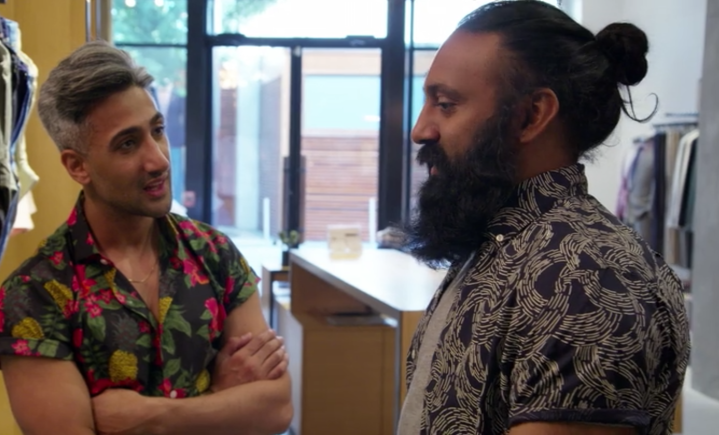 Hard-ass parents finally showing begrudging pride in their kids will forever crack open the deepest cockles of my cold, dead heart. Add to that the fact that even the dog got a makeover and yeah, things got a little misty in this one.

Not full on water-welling up in the eyes, mind you. Just enough to believably pass it off as allergies if someone asks me about it. It’s just… there’s dust in here. And like, it’s a bad season for it. Everyone at work is copping it too, it’s crazy.

‘Course the baffling choice to run old mate’s head through the lawnmower, taking him from Fitzroy Jesus to Geoff From Accounting, will forever remain an eye-drying mystery. 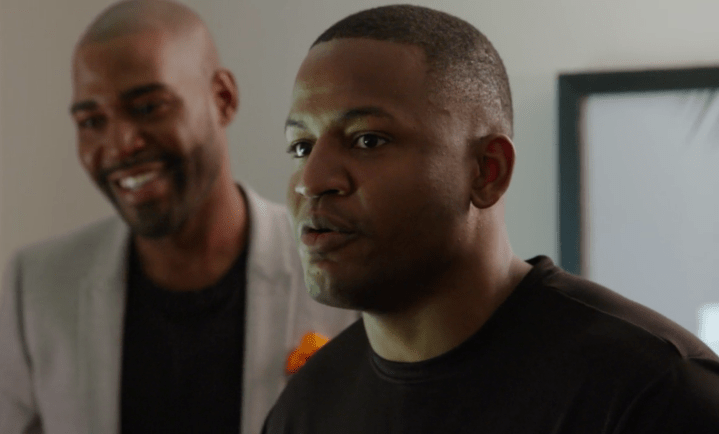 ‘Course there’s also the glorious Jealous Sister shot which ought to sharpen the fangs of anyone who’s ever gotten one up on a sibling.

That look right there? You can survive days on that shit. Extremely rich in essential salt. 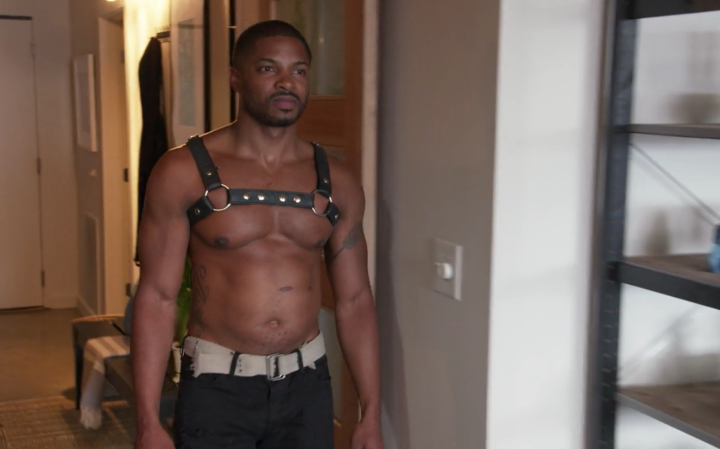 HOLY SHIT did this ever do some shit to the ole’ ticker.

Beautiful, meek AJ – a quiet and lovely boy who just wants to smooch the man he loves openly – emerging from his shell and becoming the most outrageously glorious gay man he could possibly ever be.

I was done in when he mentioned his dead Dad. I was summarily murdered after watching this literal Shy Guy suddenly leather harness himself up and give every member of the Fab 5 the vapours, but lord give me strength I was NOT FUCKING READY for the coming out letter and the boyfriend’s hug of the Step Mum.

The fact that the two of ’em got engaged after Queer Eye aired? Forget about it. I cry. I cri evrytiem. 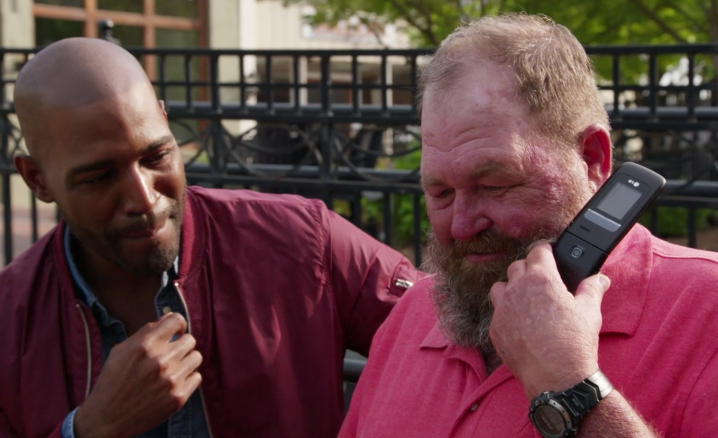 Sure, some of you are gonna shout me down from the heavens for not putting the beautiful AJ in the number one spot for most emotional Queer Eye episode. And there’s definitely a strong case to be made for that.

But man, there ain’t nothing on the planet that’ll unlock the tears faster than a proud and emotional Dad, I tell you what. And Tom, oh god, the lovely Tom, what a champion.

First of all, the fact that he has a dining crew called the ROMEOs – as in, Retired Old Men Eating Out – is unassailably cute. It’s both wildly adorable and a severely Dad area. Right in the centre section of the Venn Diagram of I’m Bloody Sobbing.

Everything in this episode jerked tears. The proud daughter. The transformation. The death of the recliner, for god’s sake. Ever wept uncontrollably over a goddamned chair? Because I fucken well have now.

It’s no wonder they lead off with this episode; it’s everything great about the rebooted series in one 45-minute package.

I love you, Tom. Just lay off those piss-awful Redneck Margaritas.