John Mulaney has shared a really fkn cute snap of his son Malcolm Hiệp Mulaney with Pete Davidson. Not to go all 2014 on you, but I’m pretty sure ovaries worldwide just exploded.

Mulaney shared all of the good, sweet baby content on his Insta story. The first is a pic of Pete holding Malcolm with ‘The F.U.N Song’ from Spongebob Squarepants over the top. 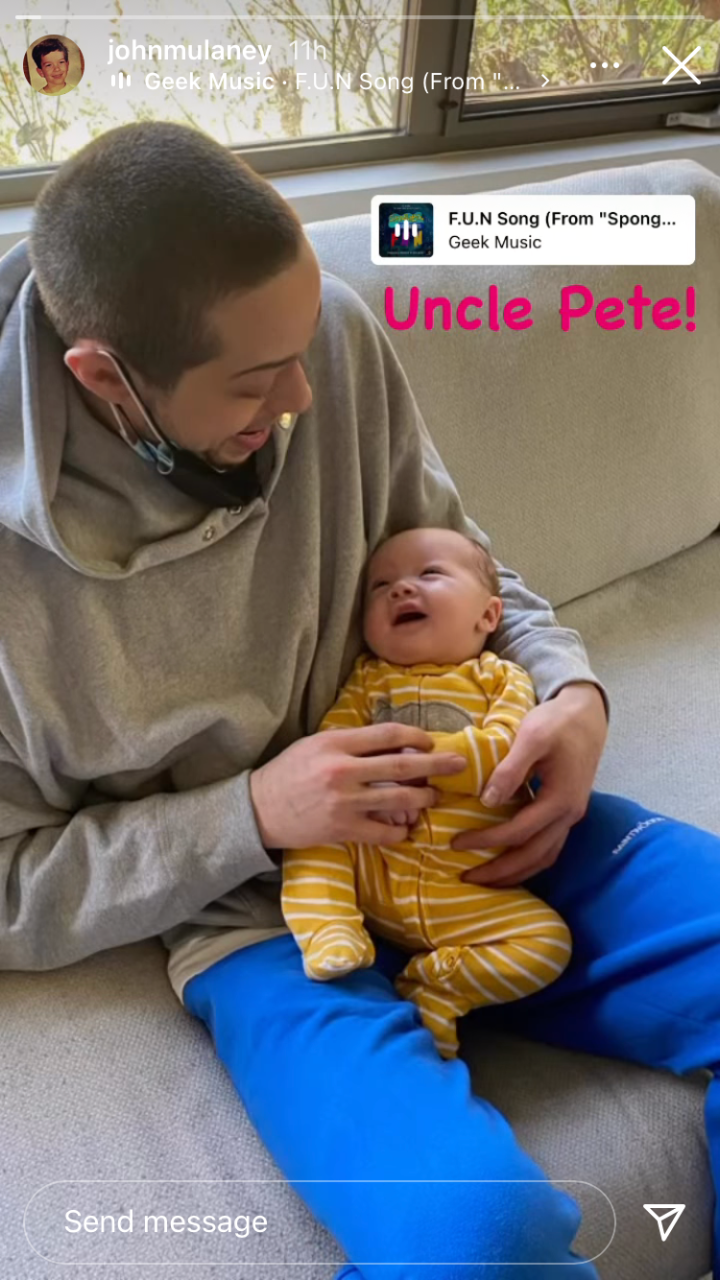 The baby is smiling adorably, the pic’s captioned “Uncle Pete” and suddenly my broody instincts are kicking in.

I don’t know who I’m more jealous of: Malcolm being made to laugh by Pete Davidson or Pete Davidson getting to hold such a cute baby.

The next Story was a video of Davidson and baby Malcolm. In the vid, Davidson says: “babies are like, all head. Yeah, they’re all head”.

So blessed, moved and grateful for these DILF-y Pete vibes. Feeling incredibly happy for Kim Kardashian in this moment.

Pete Davidson and John Mulaney have been bezzies for a while.

They starred together multiple times on Saturday Night Live, first appearing on SNL together back in 2018 when Mulaney hosted the show.

Then in 2019, the two of them toured also together around NYC. Predictably, the show was called ‘Sundays eith Pete and John’ . Efficient! To the point! I like it.

Both Mulaney and Davidson are in relationships that have been avidly watched by the internet. Pete Davidson is, of course, dating Kim K while John Mulaney is dating Olivia Munn, the mother of his kiddo.

Munn and Mulaney were first linked back in May of 2021 after he announced his divorce from Anna Marie Tendler.

Then, Mulaney announced that Munn was pregnant back in September and baby Malcolm was brought into the world in December.

And after those pics with Uncle Pete, I reckon we can all safely prep for Malcolm’s inevitable ascension onto the Saturday Night Live stage.