NUP: The 1st Look At Stephen’s King’s ‘Pennywise’ Is Here To Fuck You Up

Last month we brought you the first look of Bill Skarsgård as Pennywise, the fucked-up supernatural clown from Stephen King‘s It that launched a thousand phobias. It was just a close-up of his face. It wasn’t a fun time.

Now Entertainment Weekly have published new pics of the full Pennywise figure, in a costume that draws on Medieval, Renaissance, Elizabethan and Victorian eras to create the full-on nightmare effect.

“The costume definitely incorporates all these otherworldly past lives, if you will,” said costume designer Janie Bryant says. “He is definitely a clown from a different time.” A time when people didn’t sleep at night, maybe. 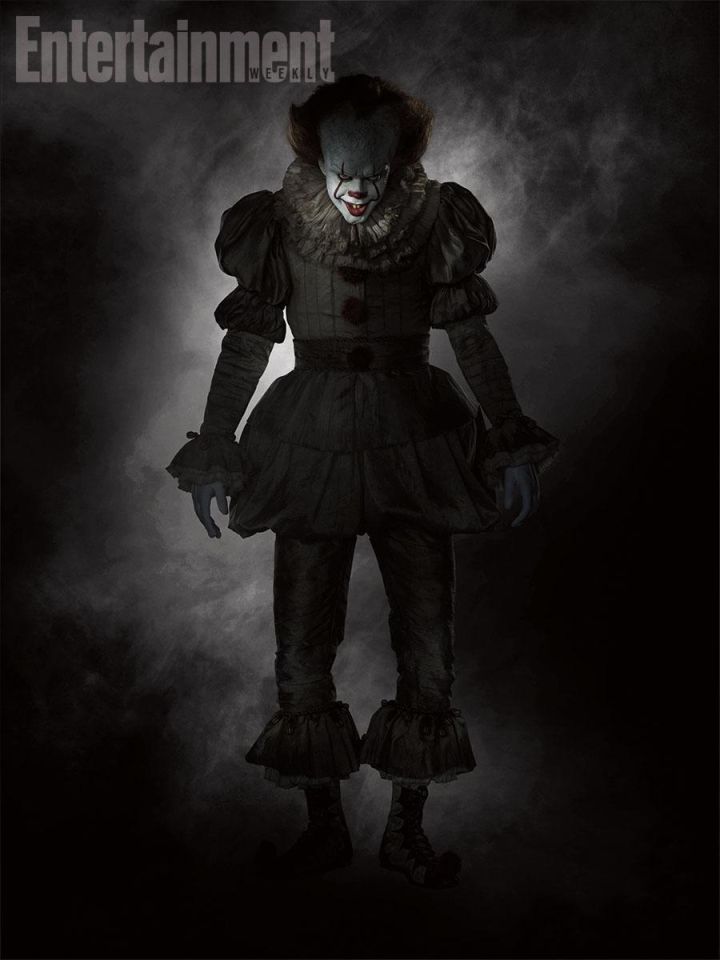 It’s a very specific move away from Tim Curry‘s gaudy 1990 portrayal of Pennywise. The nipped waist, the skirt-like fabric, the puffs and the cuffs are all stolen elements throughout the ages, and the near-monochromatic colour scheme makes Pennywise “almost like a shadow”.

“The pompoms are orange, and then with the trim around the cuffs and the ankles, it’s basically a ball fringe that’s a combination of orange, red and cinnamon,” said Bryant. “It’s almost like Pennywise fades into his environment.”