Melissa George Is Fed Up With You, Your Home and Your Ways, Australia

Good news Australia, you are now officially the worst – or at least that’s what actress Melissa George would have you believe. George has issued a scathing take-down of the Australian media after Seven’s Morning Show hosts, Larry Emdur and the one who doesn’t host The Price Is Right (Kylie Gillies), had the audacity to reference a character she once played on Home & Away, which is like the worst thing you can do to an actress who isn’t Bec Hewitt – Bec loves it when you do that and really wishes you’d do it more, please.

Today’s Herald contains the following spiel from the actress who once played Angel on Home & Away. 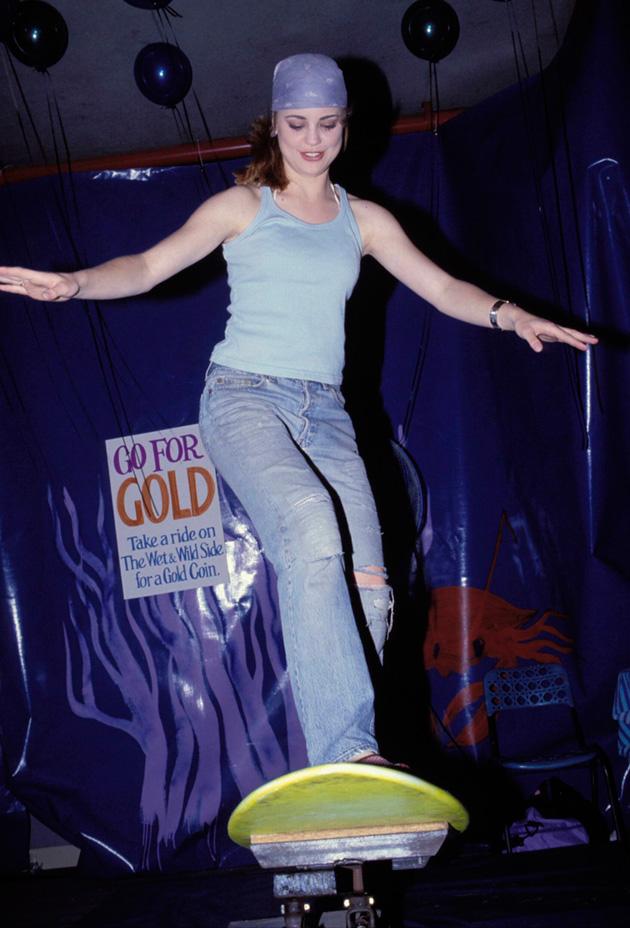 “I love this city [Sydney] so much. And I want to come home a lot but the stress that this has created in me is not worthy of my health. I think it will be the last time I visit and work here for a while, to be honest, because I just get too upset coming home.

I don’t need credibility from my country anymore, I just need them all to be quiet. If they have nothing intelligent to say, please don’t speak to me anymore.

I’d rather be having a croissant in Paris or walking my French bulldog in New York City. I’m not going to be a good Aussie anymore. I’m going to speak out. I’ve just had it. It’s disgusting. I’ve never spoken out about it because I have to be the loyal good Aussie who goes away and comes home [Ed note: ha ha ha good pun, Mel!] but I’m really hard-working and people have to respect me for what I’ve done.”

You hear that Australia? Your Bourke St Bakery croissants have nothing – nothing! – on Paris’ flaky sweets. Oh, and your tree-lined streets are the pits – don’t even get me started on your crappy water views – and aren’t even fit for Melissa George’s French Bulldog to take a dump on. This isn’t Central Park. Show some damn respect!

So what provoked this outburst? During her appearance on the breakfast television show, George was confronted with indescribably horrific images of her younger self. The idea that someone would reference an actor’s breakout role and show footage of them at a younger age is nothing short of the very worst. In fact, it’s a crime that should be punishable by mandatory enrolment in Celebrity Splash, or worse – a show co-starring Melissa George.

“Right behind my head was [sic] pictures of Angel and on the montage they called me ‘Home & Away’ actress Melissa George. Now it’s because it’s Channel Seven so my next call will be to ‘Home & Away’ to ask them to pay me because nobody does more promotion for that fucking show than me.” 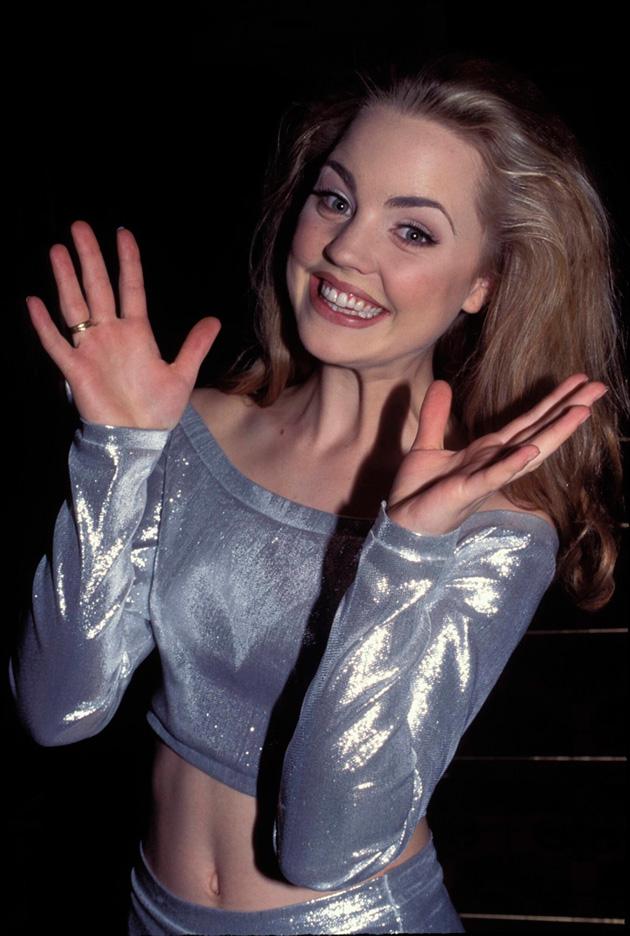 George’s comments come at the worst possible time because she’s locked in for a number of promotional appearances here for a new show and she’s due to start filming a new Australian film on Monday with Joel Edgerton, Felony, which is being directed by Matt Saville, who also directed George in The Slap. At this time last year while on promotional duties for the critically acclaimed Australian show, George was quoted as saying “It was great just being able to be Aussie and tell a great Australian story. I have a slight American accent, but that was gone after a week! I didn’t come home just to do TV. I came home and did ABC [because] they take risks and they’re creative. That’s when I take a job.”

Maybe George can put her accent to work on the American adaptation of The Slap. As an added bonus, in today’s Telegraph George appears happily flipping burgers and being an all-around McHappy chap for McDonalds. George says, “It’s a charity I have been trying to come back to Australia for 15 years for and it’s something that means a lot to me. This year for me wasn’t just about coming home to make movies – it’s to do good and raise awareness. I don’t want to go back to Europe without reaching the goal.” Looks like we’re all in this together for the long haul.

Other highlights include, “What is an Ultimate Mighty Angus? The Big Mac is the best,” and “People say they think I am the most maternal woman on the planet.“

UPDATE: Here are some clarifying statements issued by Melissa George on Twitter overnight. 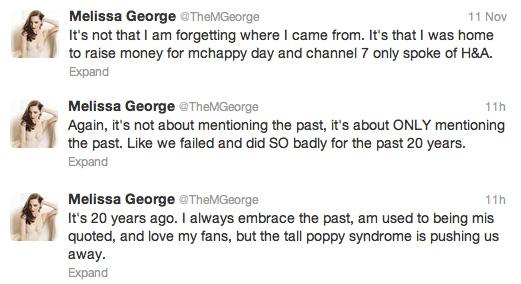 Here is a response issued overnight by Channel Seven.

Here is an online version of the original newspaper article from which the quotes were pulled in entirety.

Here is a video that is doing the rounds of George on The Jonathan Ross Show, in which similar themes are raised.