The Bachelor In Paradise star was interviewed by The Wash and he revealed that he spent New Year’s Eve with Coco and while she mentioned being a part of the new season of MAFS, she did not mention anything about a boyfriend (or groom, as they say).

“I’m not just saying it, she’s legit one of the coolest girls I’ve ever met. I had a good chat to her about reality tv etc,” he said.

“We didn’t talk about [Cameron] at all. She just said she had filmed MAFS and it was going to air soon.” 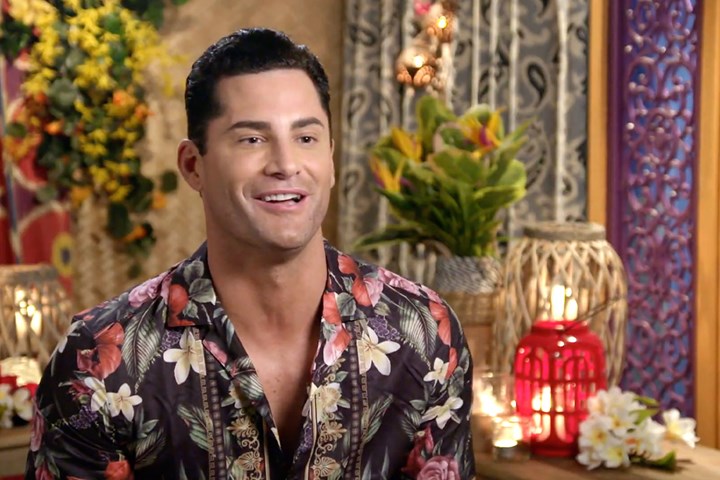 Jamie Doran appeared on The Bachelorette and the most recent Bachelor In Paradise.

He then gave her some sage advice on handling the “rollercoaster” that is reality TV.

“I just told her to get ready for the rollercoaster, as it can get pretty hectic at times. I had never watched MAFS before, so I didn’t even know what questions to ask her. She’s legit such a legend in person though! That bloke should have been stoked to be matched with her.”

When asked if he’d be interested in dating her, he simply responded: “I’m living up on the GC now.”

Check out the pics from the New Year’s Eve party here. You’ll notice that fellow Bachie alum Jackson Garlick was also in attendance.

Fancy a MAFS spoiler? If you don’t, click away right now. If you do, read on…

A MAFS fan recently wrote in to the So Dramatic! podcast, revealing that Coco doesn’t end up with Cameron or her chosen hubby Sam Carraro. The insider claimed that they spotted Sam at The Albion “definitely looking very single” and chatting up girls. The podcast host adds that he and Coco Stedman are defs donezo and Sam has “even called her ‘nuts’.

But not to worry, ‘cos apparently Coco has now gone back to her ex husband, so good for her.