Hello and brace yourselves for the third MAFS Australia recap of 2022.

The sun hath risen after Princess Bogan and Nice Guy‘s big day and all signs point to them having consummated the occasion.

Terms like “intimacy” and “the time felt right” are thrown around which is basically code for ze fucc, and then it’s confirmed. Princess Bogan “liked” the “root”.

We waste no time jumping into our next MAFS pairing. It’s Holly, who is manifesting a husband and baby, and Andrew from the DEEP SOUTH, who could very well give that to her.

His intro piece is him chopping wood with his shirt off and I feel like I’m on an episode of (Texan) Farmer Wants A Wife. He tells MAFS expert Mel Schilling that he cried on his last wedding day, not because he was happy but because he knew he was making a huge mistake.

IMAGINE! Everyone’s all like “awww he’s overcome with emotion” and he’s really like “aww I’ve fucked up”.

He has a daughter and gets choked up talking about her. He’s manifesting a 25th wife and another kid, which is good given Holly is manifesting someone to do that exact thing for her. Holly says having a husband and a child is “basic” and look, her words not mine. 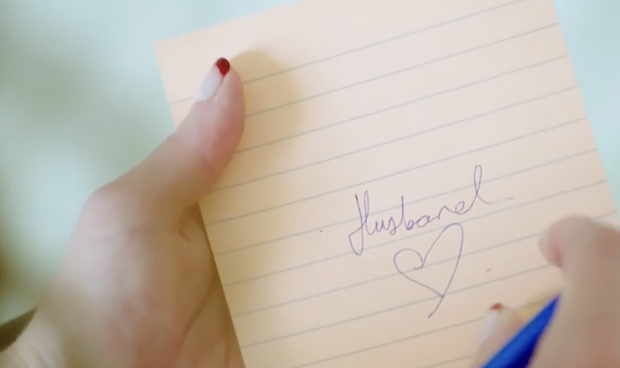 She mirror manifests that she’s open to receiving love that comes easily to her, as does money (and in abundance)! She tells mirror Holly that she’s warm, happy, open, amazing, beautiful and READY FOR THE DAY!!

Power to the people who can do this without their roommates overhearing them. Let’s give Holly what she wants and needs, yeah MAFS? I really do want this for her, please don’t let all any sperm jokes from me fool you.

The next MAFS pairing is Selina and Cody, who as another non-event husband from Night 1.

Cody is ~worldly~ but lonely. His Dad died suddenly when he was 15 and doesn’t want to be defined by that hardship, so naturally MAFS defines him with that exact storyline.

Over at the Texan’s wedding, Holly’s mum puts her foot in it by implying she’s fine if he’s from the DEEP SOUTH, just as long as it’s not Texas. This, to a man who asked mum if she was the bride’s sister? Rude.

Holly walks down the aisle toward her Deep South Daddy. She’s a mix between Rachel Gouvignon from The Bachelor franchise and Kylie Minogue and I won’t hear otherwise.

They bond over the universe and please no, not another first bump. What about a fist bump is romantic? Why do the MAFS couples keep doing this?

During their vows, Andrew alludes to having a big Texan willy before saying that his heart is real big. Holly is likely relieved by the possibility of Boyfriend Dick instead.

HOLY SHIT SHE DIDN’T JUST QUOTE SAVAGE GARDEN IN HER WEDDING VOWS. I am so here for it. Or I was until she followed up with a Michael Bublé lyric.

Now it’s time for Selina and Cody’s big day (night?). Selina thinks Cody is cute and adorable like a puppy which is not good for potential roots. They kiss but laugh immediately afterwards like they’re in primary school so yeah, I’m likely right on this one.

There we go, he calls the situation “a bit too much” and is worried about her enthusiasm on, you know, her wedding day.

Back to the manifesters. She’s a bit wigged out by the Texas thing, but he drops that he has a 3-year-old daughter and just like that, an occasional yeehaw is tolerable.

Things continue to get “a bit much” for Cody when Selina suggests matching tattoos and can’t understand the concept of a roommate.

She brings up her desire to start a family and naturally psycho music starts playing. How dare she have a conversation about possible kids with her husband?

“We’re obviously here to start a future together,” she tells the MAFS producers, and she ain’t wrong. Serious relationship convo is literally what they signed up for. Better she knows now about the potential kid volume?

He warms up to her as a less-enthusiastic side starts surfacing. They start talking family relationships, which must be difficult for Cody. He tells her about his Dad, and my heart breaks for him.

Anyway, I could be projecting, but my personally grief-riddled gut tells me Cody agrees by the way he responds.

In some production fuckery, it’s somehow the next morning for our couples, but they’ve skipped the waking-up-in-bed part and how are we meant to know if they got it done? Instead they receive letters with honeymoon details.

Selina and Cody are off to Summer Bay and the manifesters are going to get tanked in the Hunter Valley.

On their wine tour, Holly says “rosé all day” like she’s the first person in the world to ever have said it, and bonds with Andrew over his daughter-induced tears.

She’s called him “baby” already, just as she discovers he can produce emotionally-aware spawn. They get wasted and have a bath on their journey to a new-age nuclear family.

Meanwhile, in Summer Bay, Selina and Cody have whipped out the honesty box. “Are you attracted to me?” comes out, and Selina wastes no time is telling Cody she is. Then he awkwardly laughs knowing the same question is going to come right at him.

He’s lost for words and this ain’t looking good.

He thinks she’s hot but is struggling to want to have sex with her. Then this is said:

Don’t you hate that! He refers to this schlong-head conflict as a “pickle”. Alessandra has her work cut out for her here.

See you for tomorrow’s MAFS recap!

Chantelle Schmidt is a freelance writer. You can tell her how much you hate these MAFS recaps on IG here or LinkedIn here.