Ever wondered why Bill Murray never reprised his role as Bosley in the Charlies Angels (2000) sequel, Charlies Angels: Full Throttle (2003)? Well, it’s long been rumoured that the actor was an absolute dick to Lucy Liu and in a new interview, she addressed what happened.

Speaking to the LA Times, Lucy opened up about her on-set “clash” with the actor and she said she’s proud of herself for standing up to him and honestly, same.

After the interviewer told her that she had become something of a feminist icon for the way she handled herself on the Charlie’s Angels set, and pressed her to divulge more details, she responded:

“I feel like some of those stories are private. But I will say, when we started to rehearse this scene, which was all of us in the agency, we had taken the weekend to rework that particular scene and Bill Murray was not able to come because he had to attend some family gathering,” she said.

“So it was everyone else, and we just made the scene more fluid. I wish I had more to do with it but I didn’t, because I was the last one cast and I probably had the least amount of privilege in terms of creatively participating at that time.”

She continued, “As we’re doing the scene, Bill starts to sort of hurl insults, and I won’t get into the specifics, but it kept going on and on. I was, like, ‘Wow, he seems like he’s looking straight at me.’ I couldn’t believe that [the comments] could be towards me, because what do I have to do with anything majorly important at that time? I literally do the look around my shoulder thing, like, who is he talking to behind me? I say, ‘I’m so sorry. Are you talking to me?’ And clearly he was, because then it started to become a one-on-one communication.” 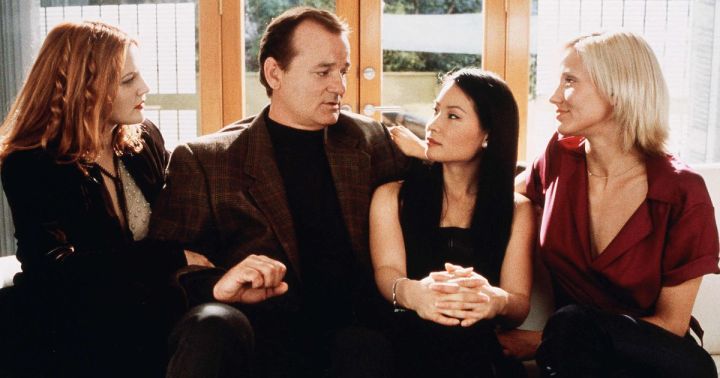 Lucy said that some of the language Bill used against her was “inexcusable and unacceptable, and I was not going to just sit there and take it.”

“So, yes, I stood up for myself, and I don’t regret it,” she added. “Because no matter how low on the totem pole you may be or wherever you came from, there’s no need to condescend or to put other people down. And I would not stand down, and nor should I have.”

She went on to recall how years later, she bumped into several crew members from Charlie’s Angels on a different project and they told her they were “grateful” for the way she put Murray in his place.

“I have nothing against Bill Murray at all. I’ve seen him since then at a SNL reunion, and he came up to me and was perfectly nice. But I’m not going to sit there and be attacked,” she said.

“I don’t want to be that person that is not going to speak up for myself and stand by the only thing that I have, which is my dignity and self-respect,” she said.

“Because in the end, we all end up in the same place as time goes on. Nobody is immortal. But in that time, no matter what happens between now and whatever career choices I make or whatever life decisions I make, I will walk away with my dignity.”