Kim Kardashian‘s revealed she wore another one of legendary film star Marilyn Monroe‘s iconic dresses after whipping out the infamous “naked dress” at this year’s Met Gala.

Kim’s decision to wear the dress at the Met Gala has gained a fair bit of flack. First there was Kim’s admission about the truly fucked diet she went on to fit into the dress. Then there were critiques that wearing Marilyn Monroe’s dress was disrespectful, both to the star herself and to fashion history.

“The dress, due to its historical importance, should never have been allowed outside of its protective home in a museum where it can be preserved for generations to come,” she wrote.

“Instead, the structural integrity of the garment has been put at risk no matter how many careful attempts were made for its safety.”

But now Kim’s courted more controversy (it really took a lot out of me not to spell controversy with a “K”).

She’s revealed she actually wore another one of Marilyn Monroe’s dresses after the Met Gala. This time, it was a gorgeous green gown which Monroe wore at the 1962 Golden Globes.

“To top off my night after The Met, I had the honour of changing into Marilyn Monroe’s Norman Norell dress that she wore to the Golden Globes in 1962 —where she received the Henrietta Award For World Film Favourite,” Kim Kardashian wrote on socials.

“It will forever be one of the greatest privileges of my life to be able to channel my inner Marilyn in this way, on such a special night.”

In her Insta carousel Kim is wearing the dress slightly differently to Marilyn Monroe, who wore it as a halterneck.

Kim also posted pics to her Insta story showing her wearing the dress as Monroe styled it. 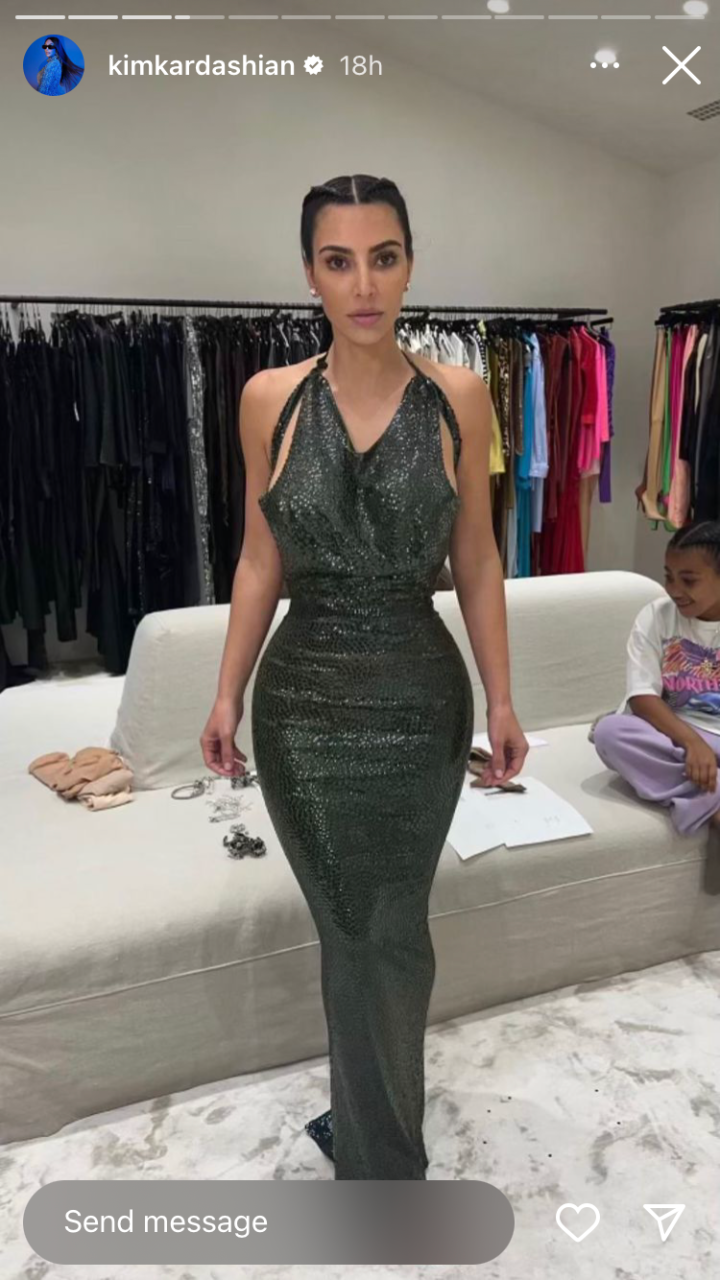 Predictably Kim’s decision to wear the second dress got a mixed response.

kim said “oh y’all are mad about a dress? there’s more where that came from” pic.twitter.com/H6yYdtYphJ

*Waits for everyone to simmer down*

Kim: To top off my night after The Met- pic.twitter.com/E2UWygahJM

Loads of people commented about how gorgeous she looked in the dress, but others were more critical.

so kim kardashian wore not just ONE but TWO of marilyn monroe’s dresses? sorry idc i know it’s just a dress to some people, but it’s disrespectful imo.

“This is kinda weird,” one person commented on her Insta. I think that sums up the backlash neatly.

Whatever your thoughts and feelings about the dresses are, I think we can all agree on one thing: rich people are absolutely fucking wild.