“After two years they had the ‘where is this going’ talk,” an insider told Page Six. “And since they were not moving forward, it was time to take a break, probably permanently.”

“While they care for each other, Devin was not going to propose marriage and his priority is his career,” the source added. “Kendall’s career also dominates her life.” 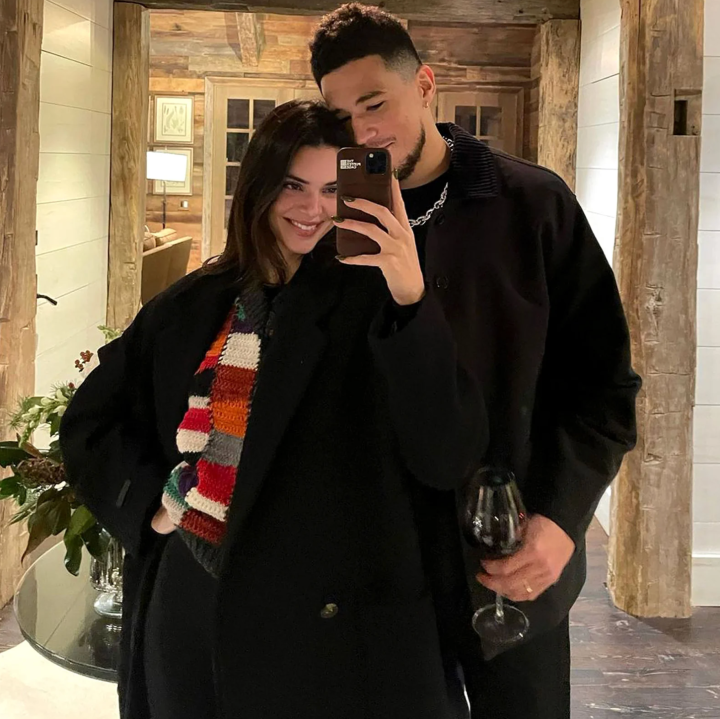 Kendall Jenner and Devin Booker back in their heyday. (Credit: Instagram)

The pair were together for two years, so obviously this one’s gotta be painful for poor ol’ Kenny.

Welp, like any good Scorpio, Kendall is moving on with her life and she wants the world to know she’s moving on, too.

The reality star dropped a photo dump of piccies and captioned it with a smiley face so folks know she’s doing just fine post-split.

The lead image is, of course, a nude snap, otherwise known as a thirst trap.

It’s followed by a variety of piccies that show Kendall living her best life.

Meanwhile another source told Page Six that “Kendall is surrounded by her closest friends at the moment.”

They added that “she is not heartbroken, but she is sad.”

Like any emotional Scorpio, she’ll be a lil down for a while but I’m sure she’ll be back out there being her typical Kendall self in no time.

Parties, events, catwalks, holidays with the Hadid sisters, the works.

Ya can’t keep a good Scorpio down!

This article was clearly written about a Scorpio by a Scorpio.