All you Beliebers must be up in arms over the latest Instagram photo shared by one Justin Bieber where he revealed that there’s a baby on the way.

The recently married star shared an ultrasound with no caption, prompting loads of celebratory comments on the post, congratulating him on becoming a papa with his new bride Hailey Bieber (formerly Hailey Baldwin).

It certainly seems like something the Biebs would do as he’s been known to be an impulsive fellow.

He announced his engagement to the blonde model less than a month after reuniting with her, then the pair officially tied the knot last September at a lower Manhattan courthouse in secret after just 12 weeks of their rekindled romance.

Meanwhile an insider recently told People that babies are definitely on their mind and the Biebers are all too keen to become parents.

“He knows that he has to get things figured out so that he can be the dad he wants to be. But that’s his focus,” the source told the publication. “Being a dad is his dream right now.” 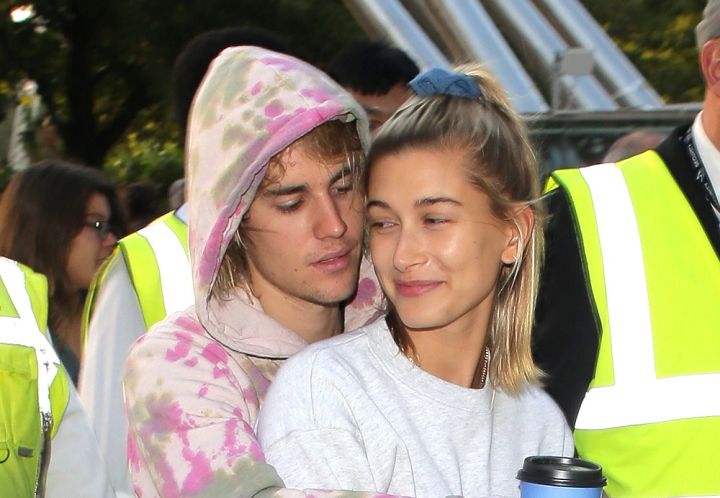 Based on this information, you’d be forgiven for believing that the post was a pregnancy announcement and we hate to squash your hopes and dreams of future mini-Biebers but it turns out your boi was just having a laugh.

A reverse Google Image Search reveals that the jokester found the pic simply by punching a few words into the search engine.

His wifey basically confirmed that it’s a joke by writing: “very funny…” on the post. 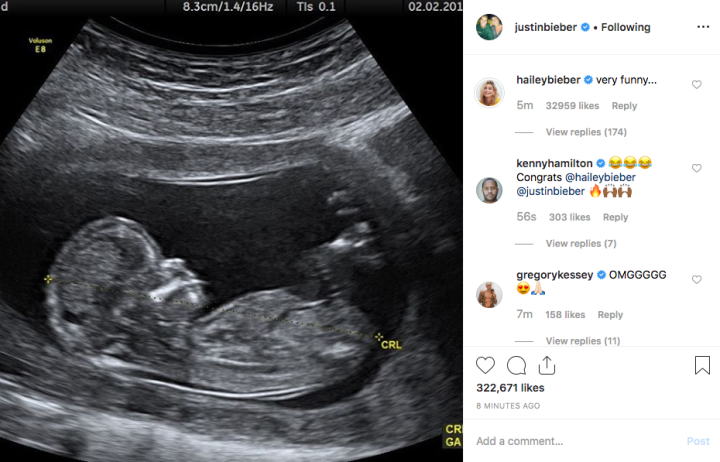 Intent on selling this joke, he shared a couple of pics of Hailey at a doctor’s surgery with two v. serious-looking folks, who are either medical professionals who he convinced to play along with the prank or they’re paid actors.

I mean, since when do you need a drip for an ultrasound?

If U thought it was April fools

He later shared this pic of a dog photoshopped into the ultrasound and if you still don’t believe it’s a joke, you’re barking mad.

“Wait omg is that a,,, APRIL FOOLS,” he captioned the snap.

Wait omg is that a,,, APRIL FOOLS

Justin’s own mother Pattie Mallette even called him out on the joke, writing, “Ya well it better be,” on the dog snap.

It’s still the arvo in the States which means we probably have more of this BS to look forward to so stay vigilant on social media if ya know what’s good for you.