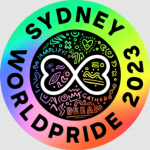 PEDESTRIAN.TV has partnered with Sydney WorldPride to help celebrate the LGBTQI+ community.

While it’s taken far too long, the recognition of the LGBTQIA+ community has come leaps and bounds in recent years. With one in six Gen Z adults now identifying as queer, it seems that younger generations are feeling more accepted in society. But, we must never forget where we came from.

Homosexuality only became legal in every state in Australia in 1997 after Tasmania finally decriminalised it, and I’m sure we all remember the traumatic plebiscite vote that lead to the legalisation of gay marriage in 2017.

And while we still have a hell of a long way to go to reach true equality, we have to celebrate the people who paved the way for us.

Sydney WorldPride is doing just that with its events taking place from the 17th of February to the 5th of March 2023. While some events have sold out (she’s a popular one!), there will be a final ticket release for some major WorldPride events in December – as well as free events like Fair Day and Pride Villages – so you can celebrate the community in style.

So, in the words of Dido, I want to thank you, Aussie icons, for shaping the LGBTQIA+ community into what it is today.

Australia may be known for its sports but that same culture can often be associated with toxic masculinity AKA not exactly a safe place for people to come out in. However, in 1995, one British-Australian man named Ian Roberts came out publicly and was the first openly gay rugby player in the world. Huge!

Since then, a number of Australian sports stars have come out as gay including Olympic swimmer Ian Thorpe in 2014 and three-time Olympic water polo player Rowie Webster. It was Ian Roberts courageously coming out nearly twenty years earlier that paved the way for others in the sporting world to do the same.

Born and raised in Sunshine, Melbourne, Leigh Bowery was an Australian performance artist, club promoter and fashion designer. After studying fashion and design at RMIT, Leigh eventually ended up in London in the 1980s. There, he became painter Lucian Freud‘s muse and a beloved member of the LGBTQIA+ artistic community. Although he passed away from an AIDS-related illness in 1994 at just 33 years-old, Leigh has been credited with influencing the likes of Boy George, Lady Gaga and Noel Fielding.

Beloved Aussie actress and Rainbow Champion, Magda Szubanski publicly came out as gay on The Project back in 2012. Most well-known for her role as Sharon Strzelecki on Kath & Kim, Magda knew there was barely any representation for lesbian women in Australian media and pop culture. “Having gone through the whole journey of coming out – not just about sexuality but about who I really am in terms of revealing my beliefs, my morals, my intelligence, my real talents along with my flaws and weaknesses – I’ve felt like a butterfly shaking off a carapace,” Magda said in an official statement. We love ya, Magda.

“When my babyyyy, when my baby smiles at me, I go to Rio.” What a tune and what a guy. Peter Allen remained ambiguous about his sexuality throughout his life and was open about not wanting to be labelled, however he’s still considered to be a queer and camp Australian icon.

The musician, who sadly passed away from AIDS-related throat cancer in 1992, was also once married to Liza Minelli, daughter of Judy Garland and another LGBTQIA+ icon. Channel 7 made a biopic of the Australian icon a few years ago as he’s also known for being the legend who wrote I Still Call Australia Home. You know, the song from the Qantas ad that makes everyone cry? Truly icon status.

Just one month after assuming her seat in the senate back in 2002, politician Penny Wong came out as a lesbian. Penny is now Australia’s Foreign Minister but she’s also the first openly lesbian woman to serve as an Australian federal parliamentarian and federal government cabinet minister. A true leader in the political world and in the Aussie LGBTQIA+ community.

Kylie Minogue has become almost synonymous with the LGBTQIA+ community – even headlining at Live and Proud Opening Concert next Feb. She calls herself an “accidental” gay icon and her music can be heard in nightclubs and drag bars across the country (and the globe). I mean, who can hear Spinning Around and not feel totally at home?

While these are just a handful of the Australian LGBTQIA+ Icons who paved the way in sports, politics and entertainment, there’s a whole new generation of people who are benefitting from their openness (and of course, Kylie’s iconic community-fostering). So, thank you.