WARNING: Pls stop reading now if you’re not into watching gross things online / are about to eat your lunch. Seriously. Go and look at all the pics from Beyoncé‘s 35th birthday or something.

Good, because the footage of Survivor Australia‘s epic pimple pop is now available to the public, and it might make you vom.

Channel 10 spent a fair whack of time promoting the shit out of Kate‘s enourmous underarm boil in the lead-up to the episode, and yet when push came to shove on Monday night, they cut to commercial break right as the medic pushed a needle into her skin.

It was the weirdest cocktease ever before seen on free-to-air television. Pedestrian.tv senior news editor Cam Tyeson screamed at his television, and I did basically the same thing myself.

God damn it SHOW THE GNARLY BIT YOU COWARDS. #survivorau

I WANT TO SEE THE PIMPLE SQUISHING #SurvivorAU

But they didn’t show nu’thing. When the program returned all we got to see was a bunch of cutaway footage host with Jonathan LaPaglia narrating.

“So you’re going to put a wick inside to help drain the pus.”

If you, too, were sorely disappointed, then be sad no more! Rove & Sam managed to get a hold of the uncensored version, and have posted a reaction vid to Facebook. Yes, you can see the pus. Yes, it’s absolutely fucked.

Here it is again: 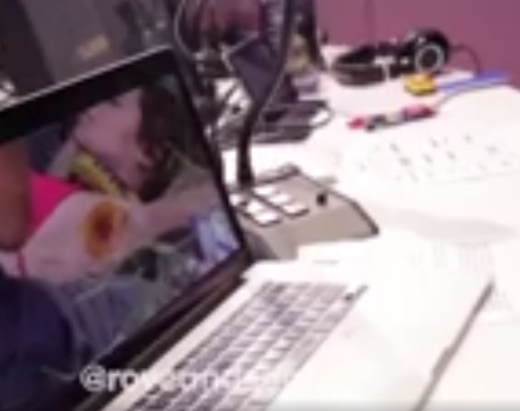 Tbh, watching that was like chowing down on Maccas while severely hungover: you thought you wanted it, but actually you really really didn’t.

If you need us, we’ll be vomiting forever.

Correction: an earlier version of this article spelt ‘pus’ like ‘puss’ literally multiple times. It was her first time writing about pus. This error, while hilarious, has now been corrected, except for Facebook because we can’t edit that shit. Sorry.