LEGO Is Releasing A 6,020-Piece Hogwarts Set If You Love Wizards & Being Broke

If you’re a die-hard Harry Potter nut like me I’m sure you have a selection of wands, robes, a goblet or two and other ~*magical*~ paraphernalia emanating from Hogwarts but there’s one thing you probably don’t have: Hogwarts itself.

LEGO (AKA the company that made your childhood lit) have unveiled a new 6020-piece Hogwarts set that includes 27 microscale figures, featuring the halls, staircases and secret rooms of the castle. 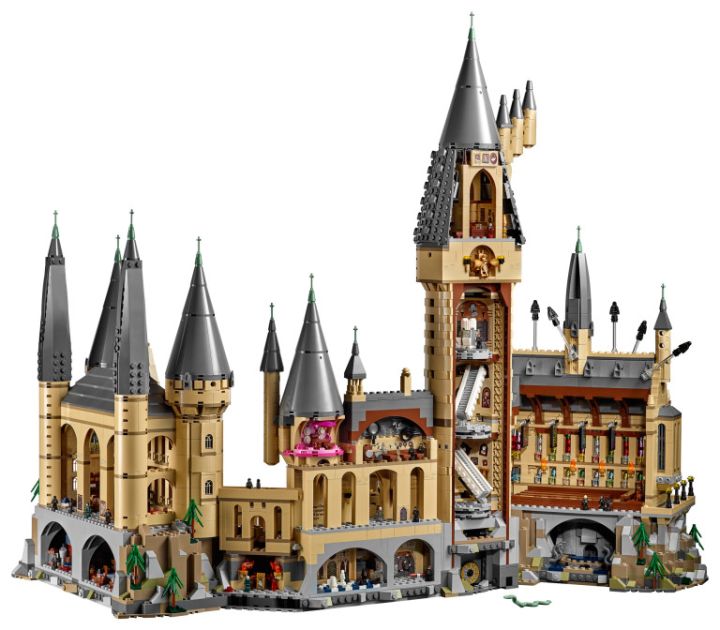 As a HP fan I’ve gotta say the attention to detail is absolutely wicked (to borrow from the British vocabulary).

LEGO’s designers have truly gone above and beyond with this one, putting major attention to detail into the castle with iconic aspects like the Great Hall, the library, potions class, the Room of Requirement, the giant chess set, the Chamber of Secrets, Hagrid’s Hut, the Whomping Willow and more. The entire castle measures over 22” (58cm) high, 27” (69cm) wide and 16” (43cm) deep.

READ MORE
Check Out The New 'Fantastic Beasts: The Crimes Of Grindelwald' Trailer

They even went as far as to create figurines of the founders of each of the school’s houses: Godric Gryffindor, Helga Hufflepuff, Salazar Slytherin and Rowena Ravenclaw.

I recommend you start saving your golden galleons as the epic item goes on sale September 1st and is valued at $649.99.

For the rich witches and wizards among us, I am green with envy. For everyone else, I’m planning to break into Gringott’s Bank to steal from the Malfoy vault, if you care to join?