Next stop on Hamish Blake’s nationwide Zoom tour is a meeting of Guzman y Gomez executives, a ballet class, a women’s footy team captain announcement and an audit lesson.

This time your boy’s matched his outfits to each particular meeting, ‘coz ya gotta dress to impress.

For example, when partaking in a ballet lesson, he wore a spandex leotard (and managed to nail the triple worm, which I’m not sure is an actual ballet move, but points for effort). 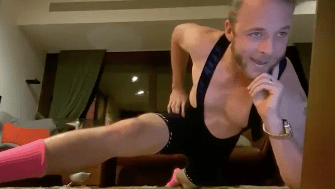 And when hijacking the announcement of the new Blackburn footy club women’s team, he fittingly wore a suave shirt and tie.

The ladies appeared to be stoked to have him there as they announced the new captain and roster of their team. 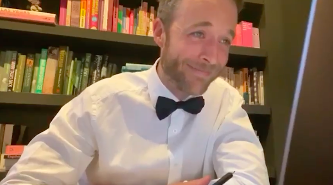 Catch the full vid below:

My mission to join as many virtual meetings as possible via people sneaking me the login continues. It’s been a very fun hectic week and as always: if I made it in, thanks for having me! Apologies to those that have sent deets through for meetings I can’t make. At this stage it’s a total lucky dip, but I must have been in close to 50 zooms by now. I’m very close to having earned a full uni degree. See you (maybe) soon! ????