PRAISE BE: HBO Is Developing A ‘Game Of Thrones’ Prequel Series About The Targaryens

Looks like HBO isn’t giving us a chance to miss its smash hit series Game of Thrones ‘coz just months after the controversial final season wrapped, a prequel is already in the works, The Hollywood Reporter reveals.

Insiders have told the reputable publication that HBO is near a deal for a pilot order for a prequel set 300 years before the events of GoT that tracks the beginnings and the end of House Targaryen.

Ryan Condal (Colony) and Game of Thrones author George R.R. Martin will reportedly write the script, which is based on Martin’s Fire & Blood.

Showrunners David Benioff and Dan Weiss are attached as executive producers to all Game of Thrones related projects but won’t be actively involved in any of them, especially after the duo departed their overall deal with HBO for a lucrative pact with Netflix. 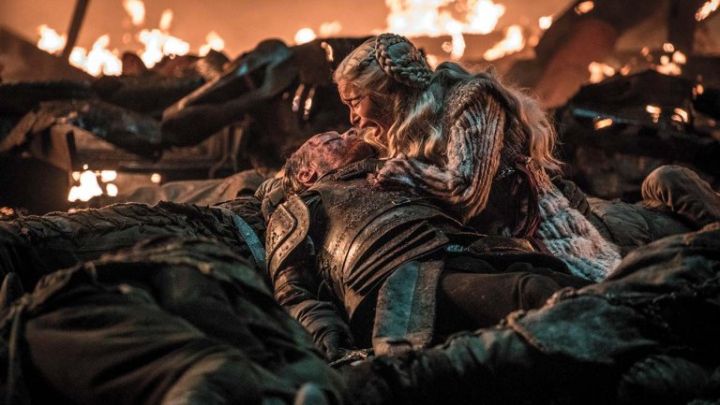 Die-hard GoT fans who’ve been following prequel talk shouldn’t confuse this with the previously reported prequels that had been in the works for the past few years.

This is a new take on the universe that was being developed by GoT fave Bryan Cogman who confirmed earlier this year that the prequel he was working on has been scrapped.

HBO initially announced that four prequel series were in the works and quietly added a fifth one in the months that followed. Of the five, only three of them are still a-go.

Game of Thrones ended its run with an Emmy record 32 nominations. Despite the fan backlash to the finale, Game of Thrones remains as HBO’s most-watched scripted original ever.

READ MORE
'The Dark Crystal: Age Of Resistance' Is 'Game Of Thrones' With Puppets