If you watch the ‘Bachelorette’, you’d know that Georgia Love’s mum, Belinda, has been battling cancer; it’s one of the reasons she decided to appear on the reality show, and something she bonded with finalist Jake Ellis over (his mother has beaten cancer five times).

Now, in awful news, it’s been revealed Belinda’s “aggressive” pancreatic cancer has taken a turn for the worse and she’s been admitted to palliative care – health care to improve the quality of life of patients with a progressive disease that has little or no prospect of a cure.

A Network Ten spokesperson confirmed the news to The Daily Telegraph:

“Georgia and her family are going through a very difficult time dealing with serious family health issues. They are focusing on supporting each other during this hard time and we kindly ask you to respect their privacy.”

It’s finale week on the Bachelorette, with the last two episodes of the season airing on Wednesday and Thursday night.

Former Tassie newsreader Georgia is contractually obliged to do a bunch of media with the guy she chooses – Jake, Matty Johnson and Lee Elliott are the top three – but whether or not she’ll be able to fulfil her pre and post announcement duties is understandably dependant on her family situation.

Belinda appeared in the first ep of the series, with Georgia explaining her mum was diagnosed with pancreatic cancer after doctors found a massive tumour when she was treated for abdominal pain.

“It really scares me that my mum has been diagnosed with pancreatic cancer. This came out of nowhere, not only for her but for all of us,” she said. 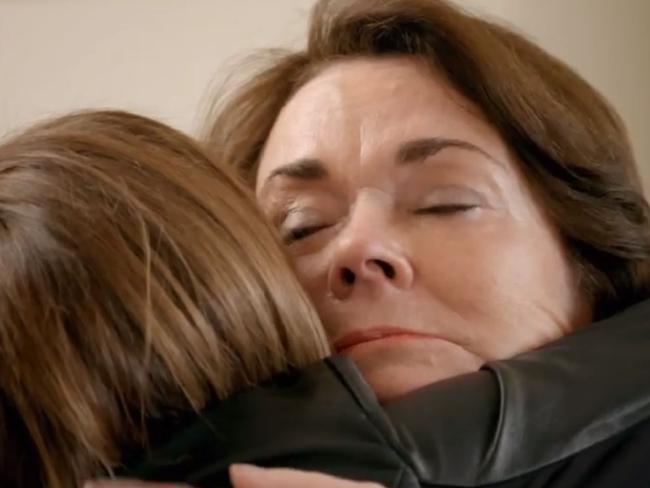 She also said the shock of finding out gave her the courage to commit to finding love on the Bachelorette.

“Over night finding out that my mum was sick totally changed my perspective on life. I’m doing this because I have realised that family and love is what is important at the end of the day.”

Our thoughts are with Georgia and her family during this very difficult time.