When it comes to television actor salaries, no show is more iconic than the story of the Friends cast and how they scored big bucks and changed the industry forever. Since their salary dispute (and big win) has been the talk of tinseltown for decades, naturally, folks were heaps curious about how much they’d earn for the almighty reunion.

There’s been loads of rumours going ’round for a while, but we’ve now received confirmation from the Wall Street Journal, which is the most credible source, I reckon.

The publication reports that the Friends cast – which comprises of Jennifer Aniston, Courteney Cox, Lisa Kudrow, Matthew Perry, David Schwimmer and Matt LeBlanc – was originally offered $1 million, which is hella poetic considering it’s what they once made per episode for the final two seasons of the OG show.

But all six actors turned this down and demanded more because this sure as shit ain’t their first rodeo. 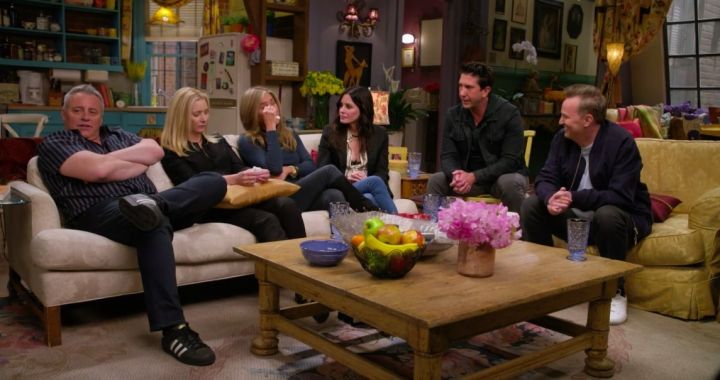 Variety reports that after banding together and holding out (as they did way back when!!!), they ended up scoring at least $2.5 million each for the reunion, which is a fair fucken penny.

The reunion spesh, which was executive produced by all six Friends actors as well as original producers Kevin Bright, Marta Kauffman and David Crane, was the first time all six stars have reunited on-screen since the May 2004 finale.

Although fans have been begging for a reunion for decades, and many a rumour has gone ’round about revival series, movies, etc, the gang refused to reunite until the idea (and the price) was right.

Have a peek at the sick trailer here for a taste of the reunion:

The Friends reunion is now streaming on BINGE.