Deuxmoi has revealed more Wife Guy scandals are on the way following the outing of Adam Levine and Ned Fulmer from The Try Guys.

Two different sneaky sources wrote in to the goss guru with cryptic clues about which famous blokes are next.

“More ‘Wife Guy’ scandals are on the way. There’s a TikTok going around about a 1980s pop singer turned one time movie star,” the blind item read.

“He once flew out a 20-year-old mum to his place in New York for a two day romp in what was essentially a crack den. Now that she’s sober, she wants everyone to know the truth.” 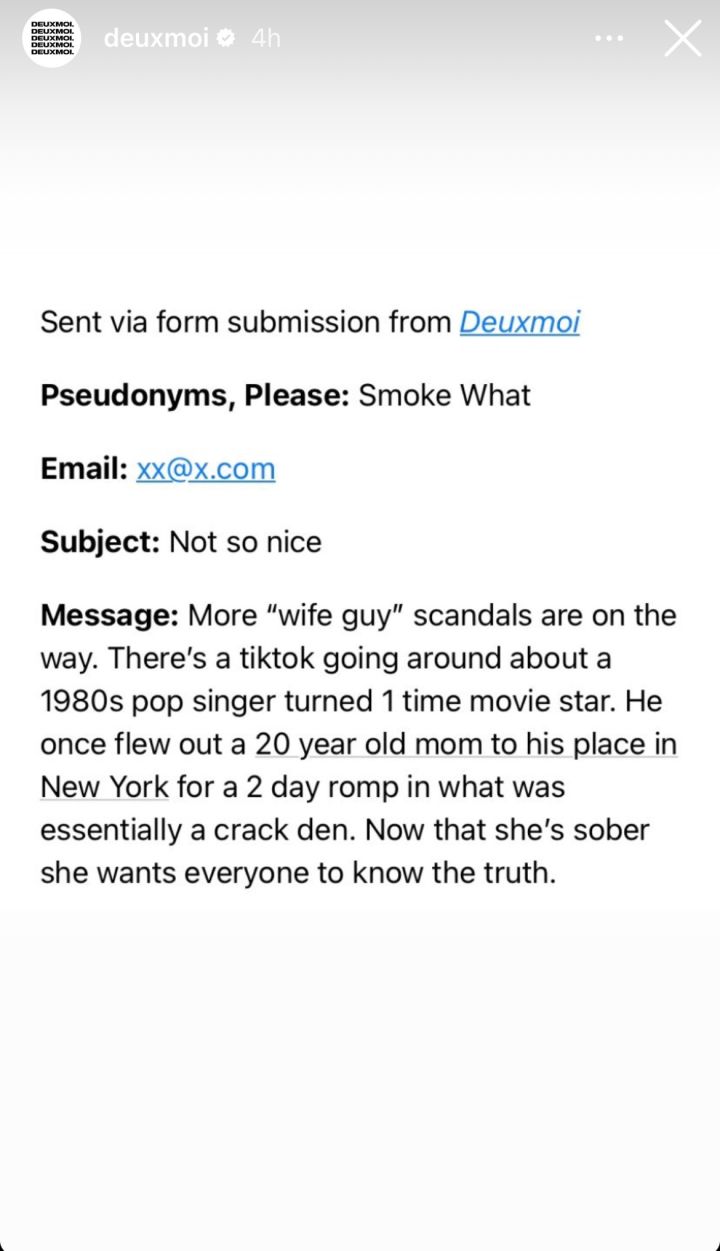 The next one involves a certain Marvel star.

“With all these ‘wife guys’ coming out as sleaze balls, guess I’ll share one more that will certainly break a lot of hearts. A certain Marvel superhero who is known to be a family man and amazing husband can’t keep his hands off a member of his team. So much in fact that he has his assistant keep them apart at parties or events if his wife is around,” they claimed.

“When he’s away from his family she’ll meet him in whatever city he’s in to smash (hint).” 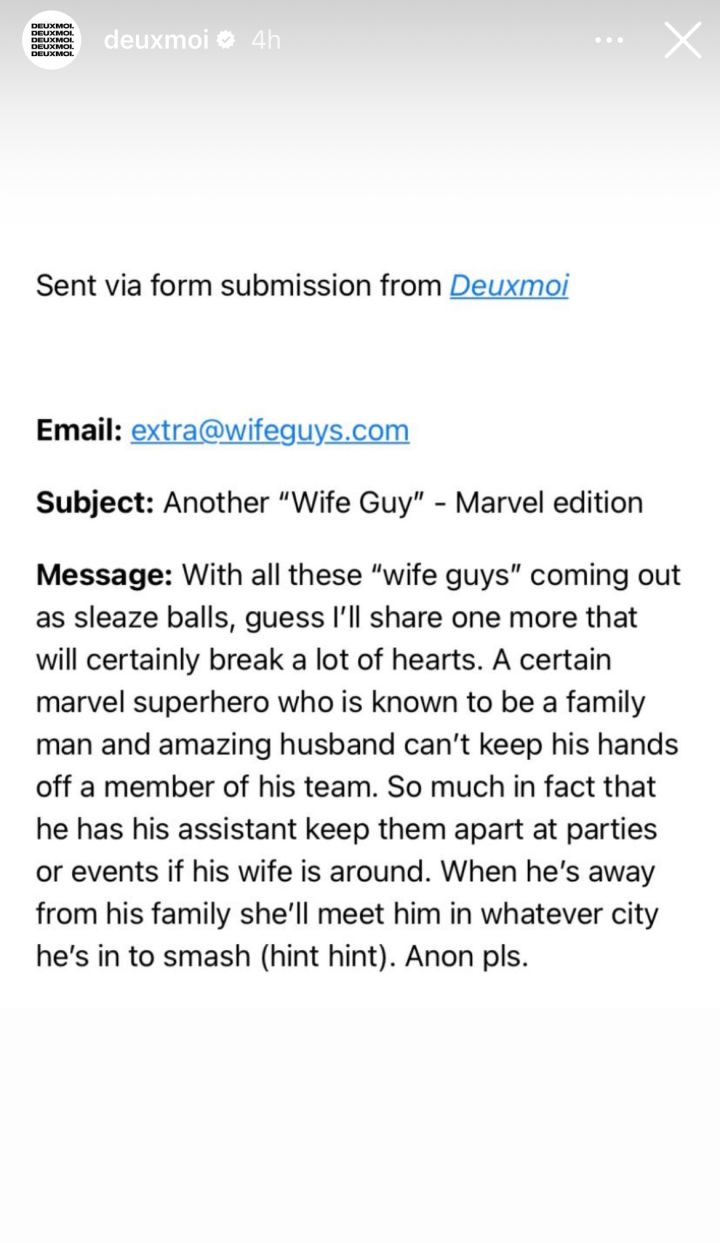 Another source previously told Deuxmoi that more “secrets and scandals” will be coming out during the recent Mercury Retrograde.

“This Mercury Retrograde is exposing all the secrets and scandals up until October second,” the anonymous stargazer wrote to Deuxmoi after the Adam Levine scandal.

“Everyone in Hollywood hold on tight! Many divorces, splits will come from this for sure.”

They concluded, “Lots of people may be told it’s an open relationship from one side of the partnership but it’s usually NOT true!”

Shortly after, Ned Fulmer was exposed. And although Mercury Retrograde has ended, it still managed to open the door for the exposure of Wife Guys.

Here for the tea!