That Absolutely Bonkers ‘Dead To Me’ S2 Finale, Explained

Netflix’s spicy drama series Dead To Me is one of those ones where if you blink, you’ll miss one of the many, many plot twists.

So if you’ve finished bingeing the second season and are baffled about what the hell you just watched, here’s a breakdown for ya.

READ MORE
Hear Me Out, I Reckon There’s A Huge ‘Dead To Me’ Plot Twist That Everyone Missed

The final ep begins with Jen (Christina Applegate) rocking up to Detective Perez’s (Diana Maria Riva) home to confess to the murder of Steve (James Marsden). They go to the woods to find the body, but Jen can’t seem to locate the burial spot.

Meanwhile her son Charlie (Max Jenkins) tells Judy (Linda Cardellini) that he found a black case from Steve’s car that seems to contain information about Steve’s dealings with the Greek mafia. He gives her a thumb drive from the case containing all the evidence against Steve. She runs the drive to the police, and it turns out it contains a voice recording of the police chief (Jere Burns) connecting him to all of Steve’s shady mafia dealings. So, the shady-ass chief is done for (thank fuck). 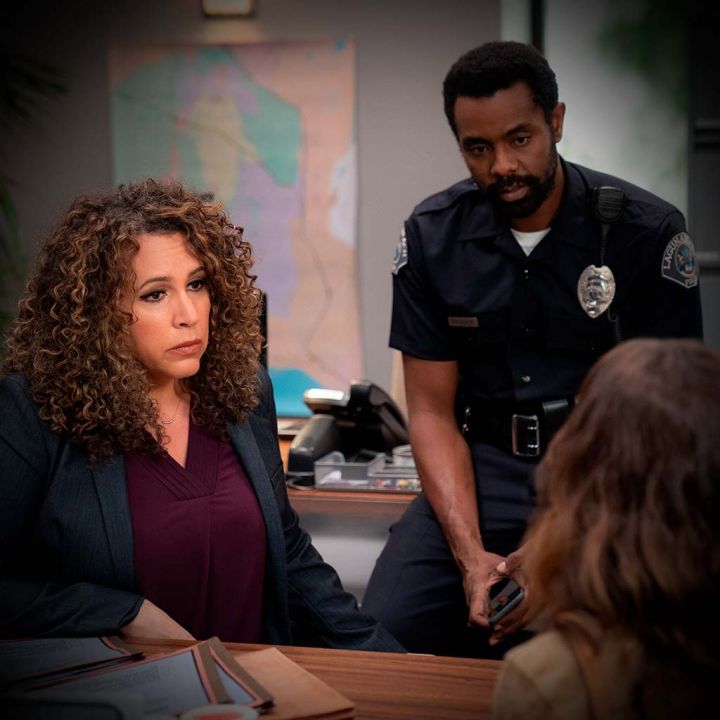 Back at the woods, the two ladies bond over their deceased mothers.

“You said he was threatening you,” Perez tells Jen. “You said you asked him to leave. He has a history of abusive behaviour. That’ll carry weight in a courtroom.” Perez shares with Jen that her mother had died while trying to protect her from her abusive stepfather. Her stepfather murdered her mother. Jen had been trying to protect her sons from an angry Steve, whom she feared would hurt her boys.

Jen asks what’s going to happen to her next. Perez tells her that standard procedure would be for her to go to the police station to confess, then be formally charged with the murder.

But not on her watch.

Perez makes Jen promise they’ll never talk about what they “didn’t find in the woods” again and that she’s going to take Jen home to her family so she can start over. Jen gets home just before Judy is about to tell the boys the whole story and stops her just in time.

As for those paintings, their origin is never really explained, but there’s a fuck ton of cash stashed inside them so I’m betting they had something to do with Steve’s money laundering. Judy gives some of the money to Jen’s mother-in-law, Lorna (Valerie Mahaffey), to pay Lorna back for the down-payment on the house. Now, Jen officially owns her own home. 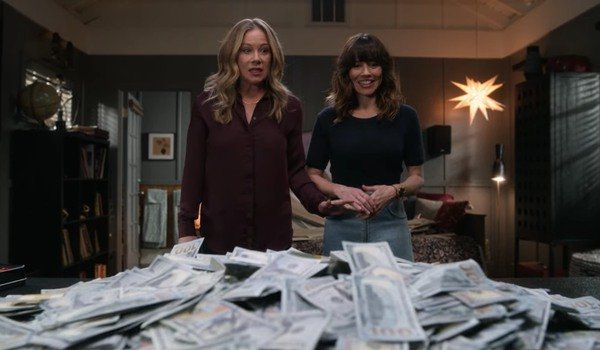 And just as things are looking up and it appears that the nightmare is over, the ladies find themselves in the biggest pickle of all.

The besties are on their way home in a brand new they’ve bought for Charlie when they see the stop sign Jen had been petitioning for – it’s ~finally~ been erected in the spot where Jen’s husband was killed.

Just as Judy and Jen celebrate their victory, Ben, a recovering alcoholic, comes speeding down the road, devastated as he’s just found out that someone discovered his brother’s body in the woods.

He slams right into Judy and Jen, comes to at the wheel, sees what he’s done, and frantically drives off, bringing the whole hit-and-run plot full circle.

Meanwhile, have a geeze at the plot twist I reckon everyone missed from the new season here.

Dead to Me seasons 1 and 2 are now streaming on Netflix.