Have a go at the snap via producer Paul Van Carter below: 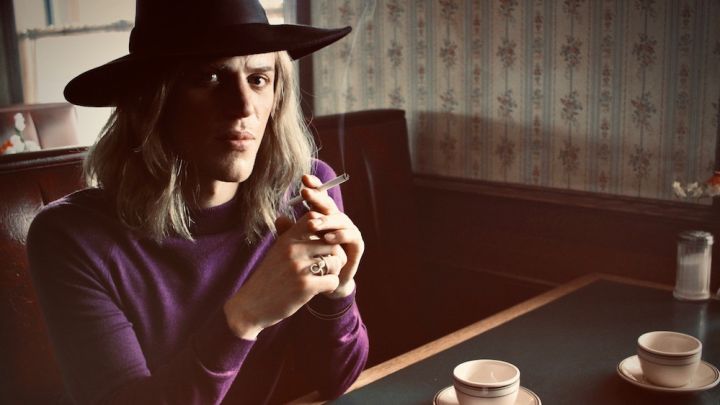 The movie will tell the story of Bowie as he embarks on his first road trip to America in 1971 and creates his, now legendary, Ziggy Stardust persona.

The flick has been described as an “origins story” and “moment in time film” rather than a biopic by its producers, who likened it to British flicks Control and Nowhere Boy, about Joy Division and John Lennon, respectively.

While the movie will recount Bowie’s musical rise to fame, it won’t be heavily reliant on his songs and will mostly use period music from the era rather than the singer’s original tracks.

The film was first announced in January and drew immediate criticism at the time from Bowie’s son Duncan Jones, who said on Twitter that no music rights had been granted and the project did not have the family’s blessing.

Im not saying this movie is not happening. I honestly wouldn't know.
Im saying that as it stands, this movie won't have any of dads music in it, & I can't imagine that changing. If you want to see a biopic without his music or the families blessing, thats up to the audience.

“I think this journalist needs to do some investigative reporting. Pretty certain nobody has been granted music rights for ANY biopic… I would know,” he tweeted under a report about the flick.

He later added, “I’m not saying this movie is not happening. I honestly wouldn’t know. I’m saying that as it stands, this movie won’t have any of dad’s music in it and I can’t imagine that changing. If you want to see a biopic without his music or the families blessing, that’s up to the audience.”

Stardust is directed by Gabriel Range and written by Christopher Bell. It is produced by Van Carter and Nick Taussig.