From the beginning of the Kim Kardashian / Kanye West vs Taylor Swift feud (ya know, millennia ago), loads of celebrities have been open about which side they were on.

So when the feud was resurrected over the last week, naturally people were vocal about who they were backing, once again.

Here’s a rundown of celebs who have publicly taken a side in the new leg of the feud: 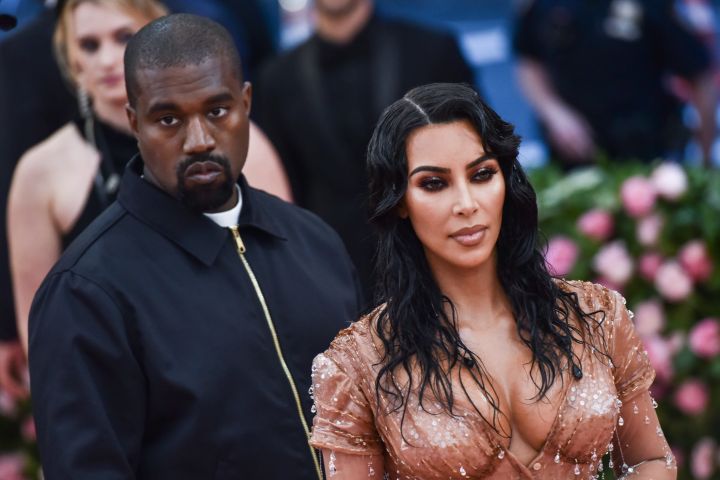 The Kar-Jenner clan are, of course, on Kimye’s side because blood is thicker than water, and all that.

Her celebrity sisters liked her series of scathing tweets yesterday, including Kendall Jenner who has always had a strange relationship with Tay.

Also Khloé Kardashian fired off the following tweets in response to Kim’s rant:

Kim is my fucking lawyer for life!!!!!! My sister AND my lawyer

… and none for Gretchen Weiners. 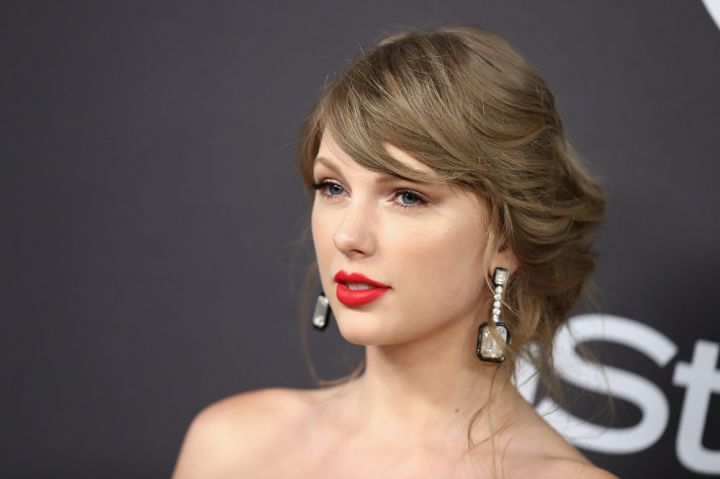 #TodrickHall has taken to his Instagram stories to stick up for #TaylorSwift after #KimKardashian slammed her in a series of posts: “After your Ray J video and publicly documenting every crevice of your v*gina…I HIGHLY doubt that you’re embarrassed NOW to respond to this”

Tay’s mate Todrick Hall went on an explosive rant on Instagram, calling out Kim’s response and accusing her momager Kris Jenner of leaking the vid.

“After your Ray J video and publicly documenting every crevice of your vagina … I HIGHLY doubt that you’re embarrassed NOW to respond to this,” he wrote on his IG Story. He also claims Kris Jenner “probably leaked” the full phone call herself.

As for the phone call, Todrick says the video speaks for itself. “She was CLEARLY uncomfortable with the situation & after you publicly embarrass someone TWICE on national television, I think these calls should be going through management or some legit form of professional contact.”

He continues, “1. No one would ever give permission without hearing the song. If they had time to shadily record all of this footage, they had time to shoot over an email with the finished product for approval once the song was done. 2. They failed to mention they were going to have a life-sized nude sized NUDE figure of Taylor in the bed with Kanye in the video.”

Todrick goes on to slam Kim for comparing the video of the phone call to Taylor’s Miss Americana documentary, especially since Taylor asked for consent before filming anyone.

He concedes that on the one occasion he met Kim she was “kind,” but he asks for her to “do better” in how she handles this ongoing feud since she’s setting an example not just for her kids but anyone who’s witnessing this debacle.

“Both Kanye and Taylor have music that will survive them in the afterlife. YOU have not made any eternal contributions to the world. 100 years from now Skims, kkwbeauty and that reality show will disappear from humanity’s memory.”

The controversial rapper also sided with Taylor, asking Kim to think about how she would feel if one of her daughters were in Tay’s shoes.

“Instead of suggesting he behave like a Father you suggested it was okay to pretty much sexually harass her,” she wrote. “What if some weird older man was doing that to North or Chicago? Youd be livid.”

Adding, “Both Kanye and Taylor have music that will survive them in the afterlife. YOU have not made any eternal contributions to the world. 100 years from now Skims, kkwbeauty and that reality show will disappear from humanity’s memory.” 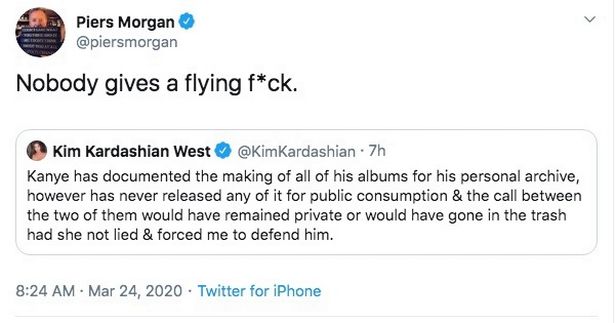 The British personality aptly wrote, “Nobody gives a flying fuck” in response to Kim’s tweet.

And that was that – OH, but wait, there’s MORE, because Taylor’s publicist also tweeted the “UNEDITED original statement”.

I’m Taylor’s publicist and this is my UNEDITED original statement. Btw, when you take parts out, that’s editing.