Former The Bachelor runner-up Brittany Hockley has shed some light on what went down during the bonkers Bachie finale where Nick ‘Honey Badger’ Cummins infamously chose no one.

In case you’ve blocked out that period of time from pure shock, what happened was that Honey Badger dumped both Hockley and Sophie Tieman at the 2018 finale, meaning no on won the show for the first time ever.

Speaking to the Happy Hour podcast, Hockley has revealed that Honey Badger “blamed her” for the viewers’ fury over how the season ended.

“He wasn’t the greatest to me afterwards,” she said. “I think he blamed me a lot for the hate he got from Australia. I don’t think he was expecting Australia to hate him so much.”

Hockley went on to claim that she confronted Cummins about why he wasn’t being nice to her and it turned out he was pissed about what she had said in her post-finale interviews.

“You do so many media interviews after, and he was like, ‘It’s everything you’re saying in the media,’ and I was like, ‘Find me one bad thing I’ve said, because I’ve never said a bad thing. I just wouldn’t have done it’,” she recalled. 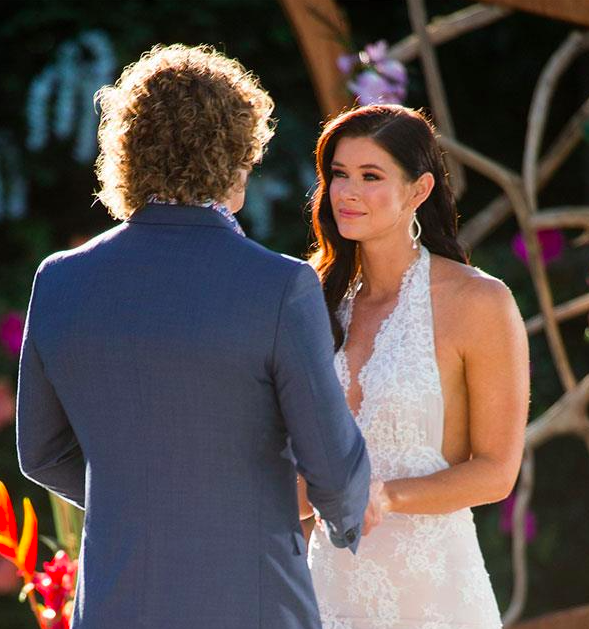 Brittany Hockley and Honey Badger during the wild-ass finale. (Credit: The Bachelor Australia)

Hockley went on to discuss Cummins’ shocking decision to choose no one and revealed that literally everyone was blindsided, including the producers.

“When it happened, the production went into meltdown,” she explained. “You could see it on people’s faces.

“The way they were acting, it was very obvious that most of them were shocked at what just happened.”

According to Hockley, Cummins’ own producer was the only person he told, and even then, he didn’t find out until the day of the finale.

“I honestly thought it was me at the end with Nick,” she added. “I mean, I was still with him the night before, at 1am, on a date. We were in a spa, we were having a great time.

“You get up to record the finale at 8am, so only a few hours earlier. Everything he had said and did made me think it was me.”

The final bit of shade thrown was Hockley surmising that Honey Badger was in it for the dollarydoos.

“There’s a huge chance he went in there knowing he was just gonna fuck around with thirty girls [and] get half a mil,” she claimed.

News.com.au reported that Honey Badger was paid $500,000 for his season, which is quite a handsome fee.

Hell, I’d go through the torturous Bachie process for 500,000 big ones!