HBO’s new four-part docuseries, Allen v. Farrow, is taking the world by storm, as it opens up a whole new can of worms on a story that has been constantly evolving since 1992.

The series explores the allegations that Mia Farrow and Woody Allen‘s daughter, Dylan Farrow, was sexually abused at the age of seven. Allen has denied these claims since they first emerged in 1992, and all sorts of investigations and media interviews have occurred since then.

However, the filmmakers of Allen v. Farrow claim they’ve obtained access to never-before-seen footage and files stored in a lawyer’s office, which includes home videos, and the unseen tape of Mia Farrow filming her daughter addressing the alleged abuse she experienced in the attic of their Connecticut home.

Allen himself has even addressed the documentary, making it an even spicier watch, since he doesn’t seem to be too happy with it. In a written statement to The Hollywood Reporter, he and his wife (and adopted daughter) Soon-Yi Previn called it a “hatchet job riddled with falsehoods.”

“As has been known for decades, these allegations are categorically false. Multiple agencies investigated them at the time and found that, whatever Dylan Farrow may have been led to believe, absolutely no abuse had ever taken place.

“While this shoddy hit piece may gain attention, it does not change the facts.”

So what exactly is in the docuseries that would lead him to be so pissed? Well, let’s go over the top ten revelations from Allen v. Farrow, which has everyone absolutely shocked.

In the docuseries, Mia Farrow recalls talking with a psychologist who told her that her husband’s interactions with daughter Dylan were “off”.

It’s after this that Allen apparently agreed to see a psychologist.

Mia Farrow also recalls how Allen had a laser-focus on Dylan as she was a child, which became so extreme that he bought a plane ticket for a teddy bear she had bought in Europe so that it could come home with her.

“In time what it became was, there was nobody but the two of them,” Mia says.

“It was just so one-track.” 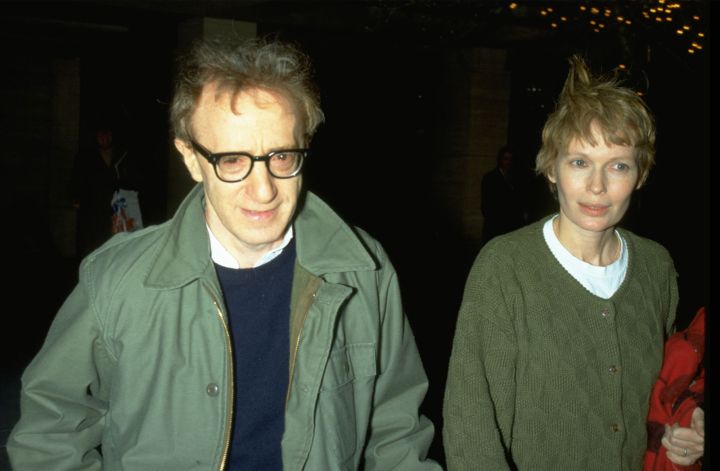 A longtime friend of Mia Farrow, Casey Pascal, recalls being at a park with her kids as well as Farrow’s. Suddenly, Woody Allen appeared and spent his time paying an incredible amount of attention to Dylan Farrow.

“I remember thinking I had never seen anybody act like this with a child before and I really hope that it’s a good thing that’s happening,” says Pascal.

“I saw this incredible intensity that Woody had for Dylan.”

Ronan Farrow also recalls that as a child, Allen would always come home and immediately call for Dylan.

“She was frightened of this stuff,” Ronan said.

“She would talk to me at the time: ‘I don’t want to be with Daddy. Can we keep playing?'” 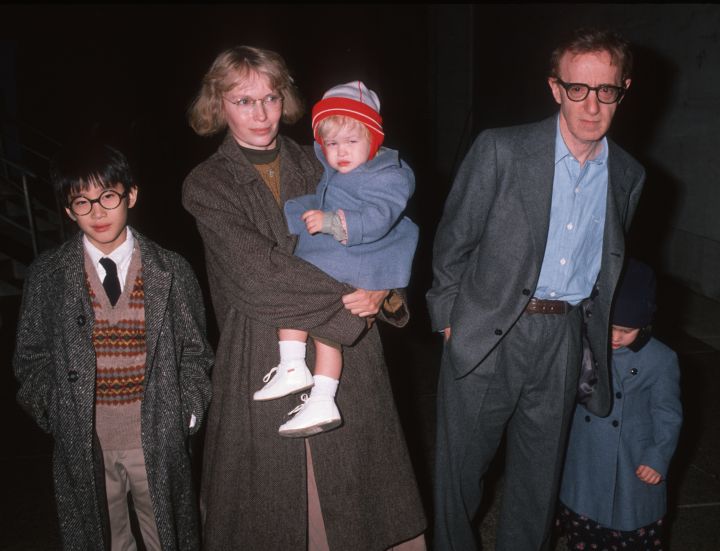 Carly Simon, a friend of Mia Farrow’s, claims that over the years she has watched Allen whittle down Mia’s sense of self, and it’s absolutely heartbreaking to hear.

“He didn’t like Mia to see her friends. He just wanted to isolate her. I don’t know what was behind him saying cruel things to her, whether or not he believed it or whether it was just a tactic to kick her down so that she’d be more under his rule, but she made up reasons for his behaviour.” 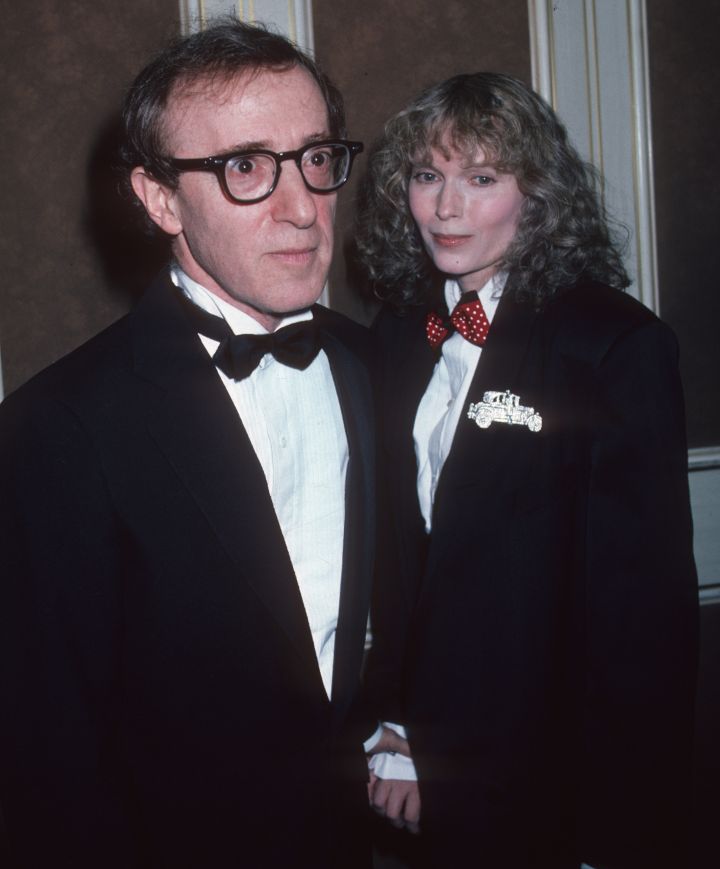 Ronan Farrow reveals in the docuseries that Allen’s publicist (Leslee Dart) went on a mission to absolutely discredit Dylan Farrow’s claims, including pushing a 1993 report that she was never actually sexually abused.

The report, conducted by Yale-New Haven Hospital Child Sex Abuse Clinic is criticised in the doco by experts as being incredibly invasive, as it involved nine separate interviews with Dylan Farrow, who was seven years old at the time.

“I at the time was in the media and was getting the emails from Leslee Dart and Woody’s powerful PR team,” Ronan says.

“There were dozens of reporters from major news outlets on those emails. She basically positioned [the 1993 report] as ‘Here’s this way you can attack this woman’s credibility. Here’s a validator you can put on air to say that she’s brainwashed.'” 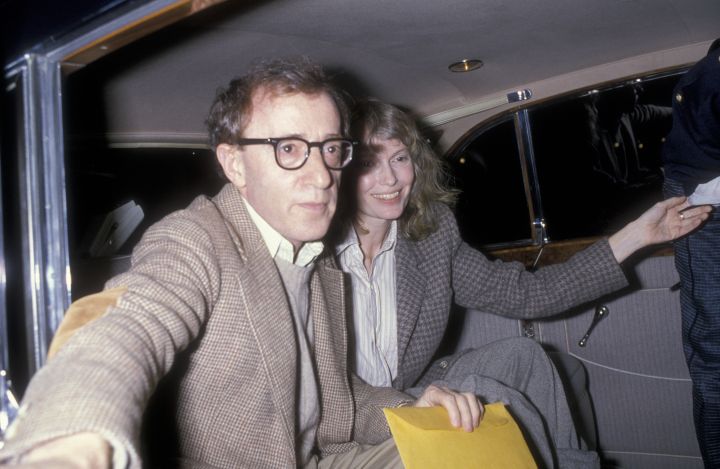 Dylan Farrow recalls moments in her past where allegedly, Allen would be “cuddling” in bed with only underwear on.

“He would just wrap his body around me very intimately,” she says.

Mia Farrow also comments on moments like this, saying that she felt uneasy whenever she would check on the two of them together.

“I started feeling more like the policeman. Am I going to come in and see something that shouldn’t be happening?” she said. “I wanted to believe that it was [done] in innocence,” Mia says. 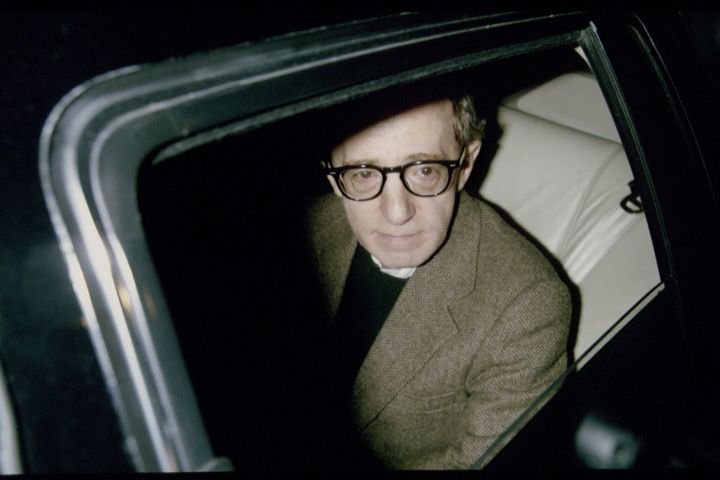 Throughout the docuseries, Ronan Farrow has quite an interesting perspective, especially when he opens up about how he encouraged his sister to be silent about her story until the later years of their lives. He recounts telling Dylan to not write her 2014 essay on the events of her childhood.

“I said, ‘This is not worth it. You are going to make your entire life and identity about this one thing that happened to you as a kid,'” he says.

“I hadn’t yet thoroughly interviewed her or looked at the facts. I just wanted to run away from this … All I wanted was for it to go away.”

Ronan is credited as one of the key investigators for the New Yorker who helped take down Harvey Weinstein, but credits his sister’s courage to tell her story as something that inspired him to expose the now jailed director. 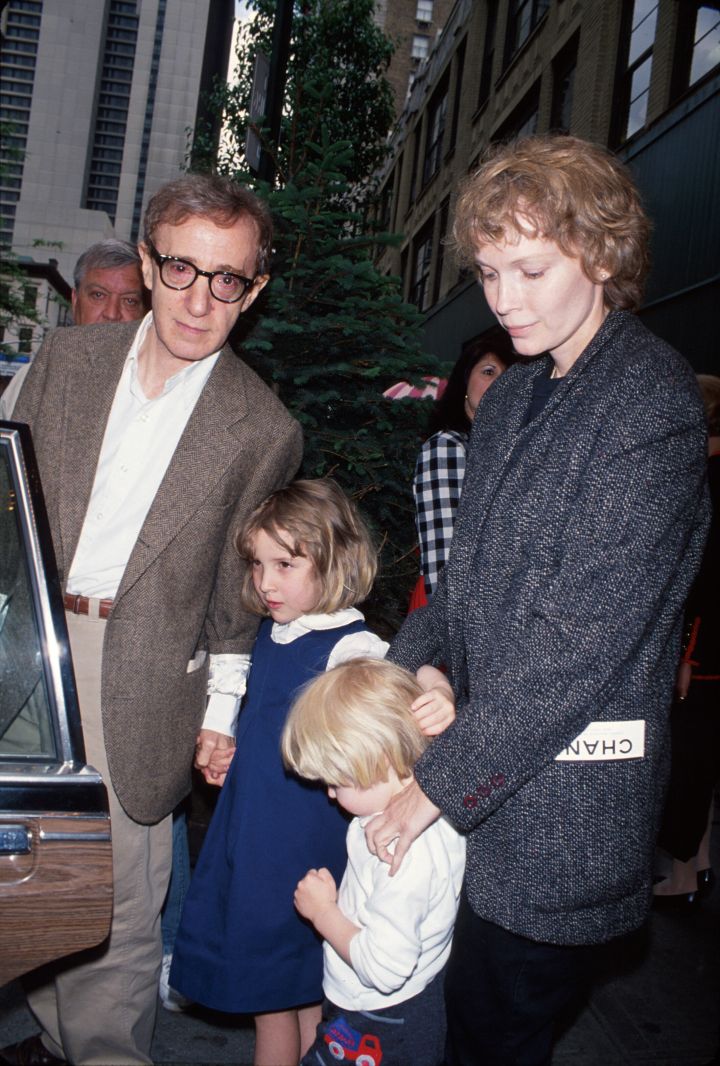 One of the biggest moments of the docuseries is Mia Farrow recalling the moment she found X-rated photos of adopted daughter Soon-Yi that had been taken by Allen.

“I remember struggling to breathe,” she says.

“They wouldn’t put them in Playboy. They were Hustler pictures. Really, really raunchy pictures.” 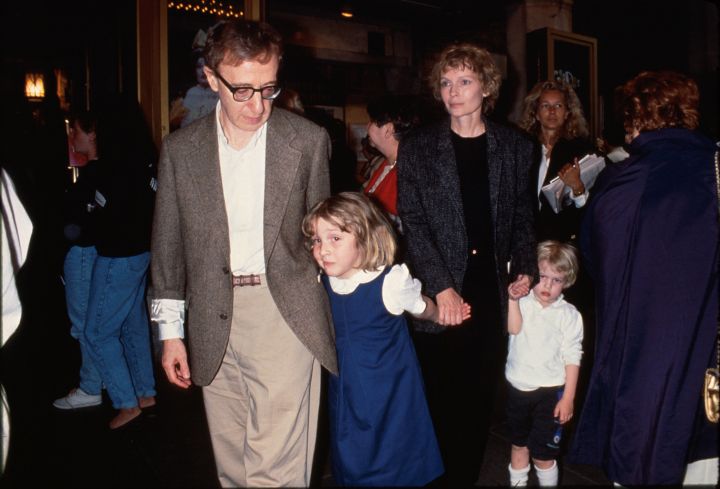 Throughout the entire docuseries, there are multiple phone recordings between Mia Farrow and Woody Allen which showcase how tense it was between the two throughout their legal battles.

Farrow even opens up about how it became so intense, that she began to feel as if someone was watching her whenever she left the home.

“It was really scary,” she says.

Dylan and the Prosecutor

One of the final pieces of footage in the docuseries shows Dylan Farrow talking with Connecticut prosecutor Frank Maco, who decided to not press charges against Woody Allen to save Dylan from the pain of testifying in court.

Dylan thanks him for protecting her from “the circus” of the court system, but still wishes that she had her day in court.

“I never want to hear that you blame yourself. I made the decision. Do I think about it? Of course,” Maco says. 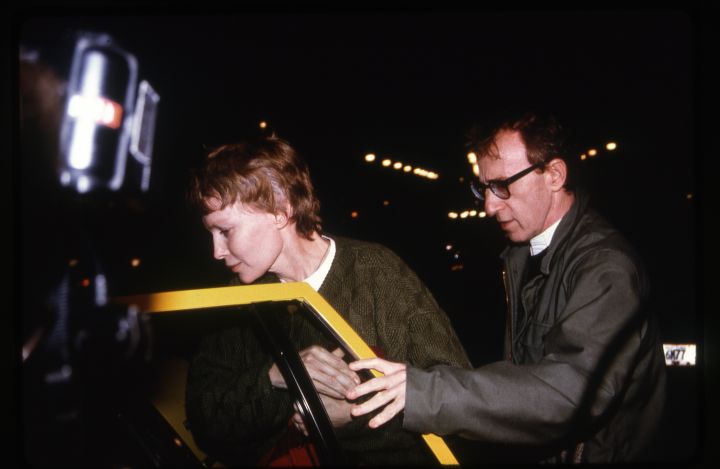 If you’d like to get your eyes on this intense doco, it’s available on HBO now.