Sometimes the brightest stars only burn and shine for a short time, and we are all the better for having it in our lives if only for a fleeting moment. Lindsay Lohan‘s beach club in Mykonos is one of these moments after pictures have emerged showing the luxe waterside spot is looking a little worse for wear.

After opening in 2018 as both a club space and the set for her MTV show, Lindsay Lohan’s Beach Club, it’s looking like Lohan Beach House Mykonos has closed its doors after the series wasn’t renewed for a second season.

Vale to this place which gifted us beautiful Instagram posts from sunkissed loungers and influencers, a deep level of FOMO for a beachy sojourn in Greece, and easily the best footage of Lindsay Lohan this side of Mean Girls.

And now it looks something a bit more like this:

Lindsay was not quite ready for @stigz and I ???? #mykonos #roadtripday

Sorry no matter how much you pose and smile, it’s still going to look like a total shit-heap behind you.

As reported by Page Six, the recent vacancy of the Mykonos club has resulted in some pretty savage one-star reviews on Trip Advisor, including these absolute pearlers:

Interestingly, when you pop over to the Lohan Mykonos Beach House website, you get confronted with a pop-up, saying that they’re working on a summer club in Athens. 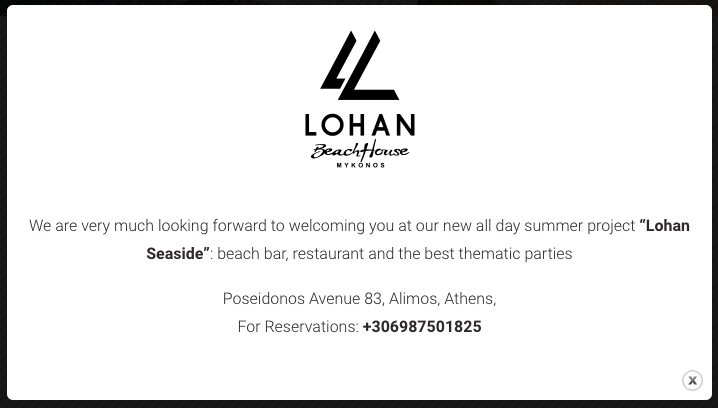