Get your best BBQ pants on because Young Henrys have teamed up with some of the best food n’ booze folks in Sydney’s Inner West for the second year of Barbe-cure, saying a big FUCK YOU to cancer, and raising vital funds for the young team over at Cure Cancer Australia and their continued research efforts into finding a cure for cancer.

It’s all going down at Commune in Waterloo from 1pm on Saturday, April 14, and the brew-lords have invited some of the tastiest teams to fire up the barbies.

Food’s coming in hot from Mary’s again, and vego food truck kings Vejoes will be slinging haloumi burgers, smoked tofu burgs, vegan butter chicken wraps, and triple-cheese quesadillas. For bevs, the BBQ is spoilt for choice with tipples from Archie Rose, Urban Winery, and tinnies from Young Henrys (of course), and if you’re wanting a pick-me-up, MotherSky coffee will be there with the other good brown brew that we all know and love.

It’s not just burgers and beers in the autumn sun, with live performances from Reggie Banks (who did that awesome remix of Lorde‘s Homemade Dynamite), Pavlova Gods, Hey Lady!, and Moohki, it’s set to be a tops afternoon of food and tunes.

The barbe-cure is a big, yearly event to support the important work that Cure Cancer Australia does, and as well as gold coin donation for entry, money will be raised on the day through raffles, limited edition Young Henry’s merch, donation boxes, and proceeds from the delicious food and drinks sold on the day.

The beer-brewing team will also shout you a cold one if you sign up for Cure Cancer’s ‘Give It Up‘ initiative, where you can pledge to donate $10 a month to young researchers specialising in studying paths to kicking cancer’s ass. 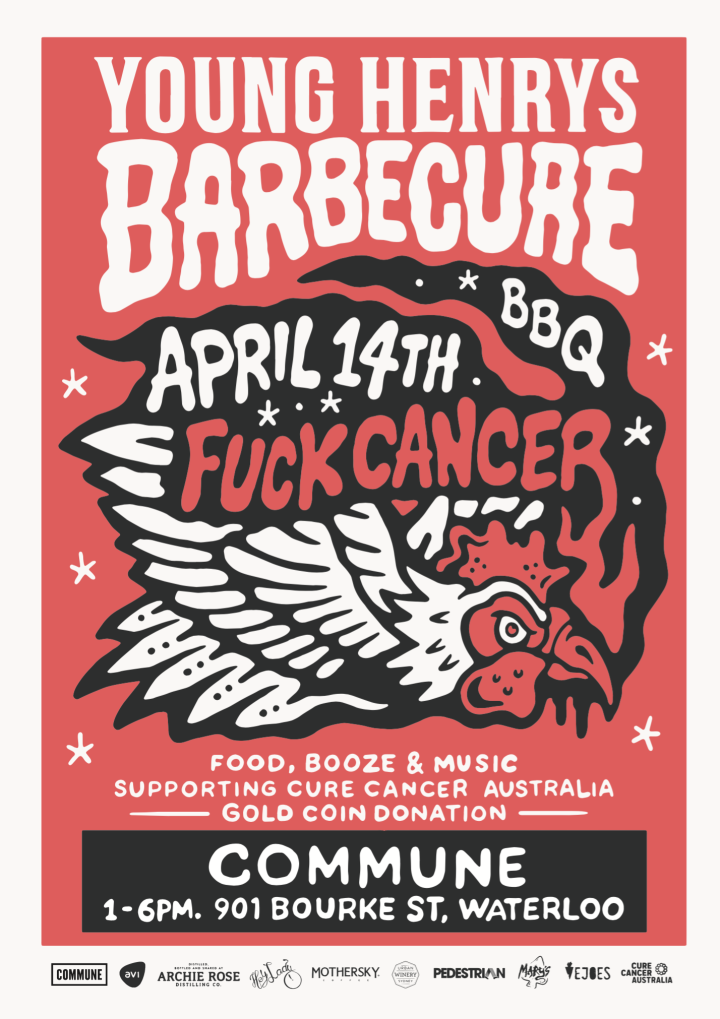 PEDESTRIAN.TV caught up with co-founder Oscar McMahon about what goes down in their Enmore brewery, and what it’s like to work with a bunch of big bands on their own specialty bevs. Check out the Founders University podcast episode below, and get along to the community barbie next month.