Fruit is delicious, don’t get us wrong.

But some fruits could do with improvement.

Mangoes would be far more enjoyable if they didn’t have dumb disc-shaped stones in their middle. Watermelons suck because you don’t know if you’ve got a good one till you cut it open. Pomegranate, the end.

But one piece of produce Mother Nature damn near nailed is the banana.

It’s pretty much the closest thing we have to proof of a God. They fit perfectly in a human hand. They have an outer casing for protection. They are naturally sweet.

So when we caught wind of the news that Japanese scientists had engineered a banana with an edible peel, we were offended.

Called the Mongee (that’s pronounced mon-gay, and is slang for “incredible” in Japanese), this frankenfruit is 100% edible, from top to bottom. 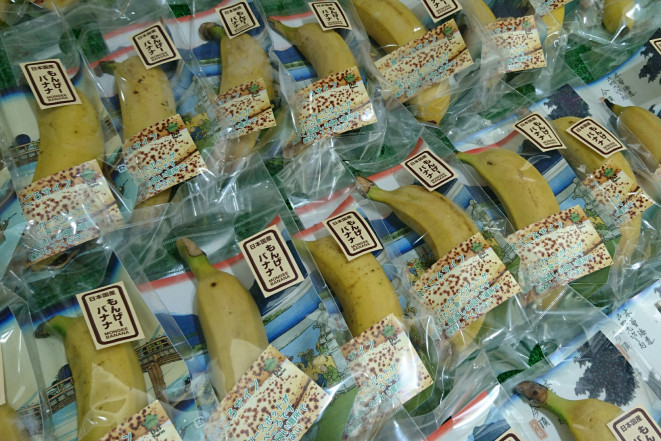 They’re grown using a technical freezing and thawing process. In layman’s terms, scientists plant and grow banana trees in a controlled environment kept at -24 degrees Celsius. Then the team thaws and replants them at regular banana-growing temps (around 26 degrees). This causes the plants to rapidly grow and leaves the fruit with an edible, lettuce-like peel.

According to D&T Farm‘s spokesman Tetsuya Tanaka, the idea began as a research “hobby” for technical development manager Setsuzo Tanaka and rapidly evolved from there.

The website also espouses that banana peel is an “excellent” ingredient, boasting vitamin B6, magnesium and tryptophan.

Journalists at a Tokyo-based publication RocketNews24 conducted a taste test of the “mystical” Mongee and said the skin was “very thin” and the fruit had a “strong tropical flavour”.

Only one member of staff was brave enough to bite into the peel, and he called it “bitter but not inedible”. For comparison, he tried chowing down on the skin of a regular banana afterwards, and said “it was far too tough and fibrous, and the flavor [sic] was far more bitter and astringent,” than the Mongee.

Sad news for those of you keen to get some Mongee in your gob – they’re currently only available in Japan at an Okayama prefecture department store , averaging at around AUD$7 apiece.

Now that shit is bananas.