The Best Places For Grub, Booze & A Cuppa In Tamworth, Australia’s Home Of Country Music

Tamworth — on Kamilaroi land — draws in over 300,000 people annually for its Toyota Country Music Festival. Buskers of all ages line the main streets, live music is happening at basically every pub and the town is beaming with good vibes.

It’s a lot of fun and everyone really leans into the theme, which is made easier because Toyota supports not-for-profit organisations with the sales of hats and pins at the festival.

This year it was TAMS (Tamworth Aboriginal Medical Services) and Toyota raised more than $56,000 for the not-for-profit at its Toyota Zone, where buskers also perform as part of the Toyota Tailgate Sessions. When we’re talking gold coin donations, that’s pretty phenomenal.

It’s definitely worthwhile to rally the crew and get amongst it. And because making plans as adults need to be done in advance, you should probably start thinking about the next Toyota Tamworth Country Music Festival now. It’s between 13 Jan – 22 Jan 2023 and accommodation can fill up pretty quick (get The Powerhouse Hotel if you can — it’s a close walk to everything and the right amount of bougie).

Keep reading below for the best local pubs, breweries, bars, restaurants and cafes in Tamworth to get around. 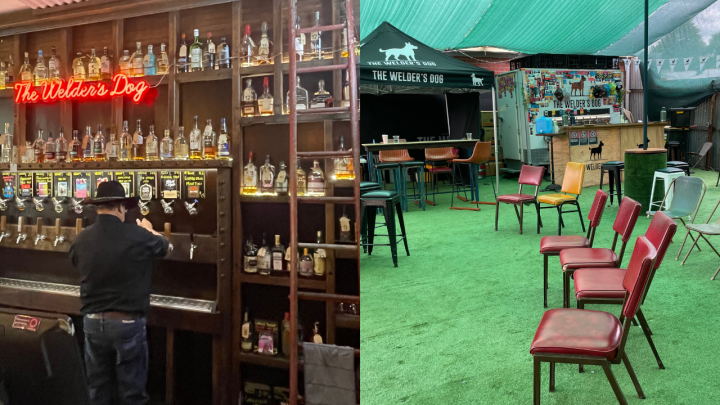 The Welder’s Dog is tucked off the main streets, with a dimly-lit bar inside and a courtyard outside for live music. It’s got plenty of brews (and spirits) on offer and is something of an icon in Tamworth. Look out for the gigantic steel cowboy hat and you’ll know you’re in the right place. 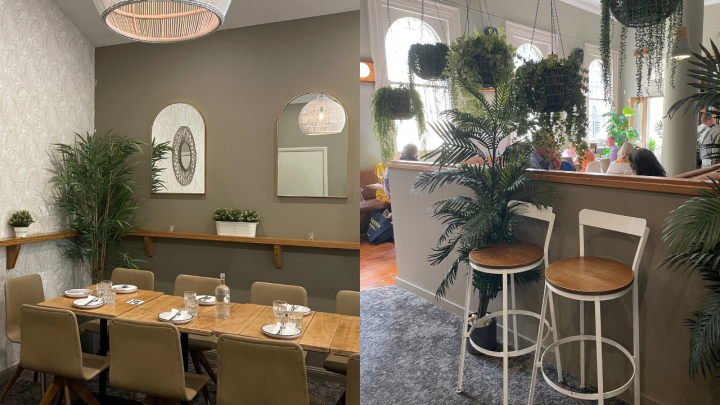 Firstly, what a name. A contender for an autobiography about my dating life, for sure. On Tamworth’s iconic Peel Street, The Pig & Tinder Box is a heritage-listed old bank that set up shop way back in 1848 as one of the first pubs in the New England Region. The food is phenomenal and ups the ante of the pub feeds around town. I almost burst out of my pants. 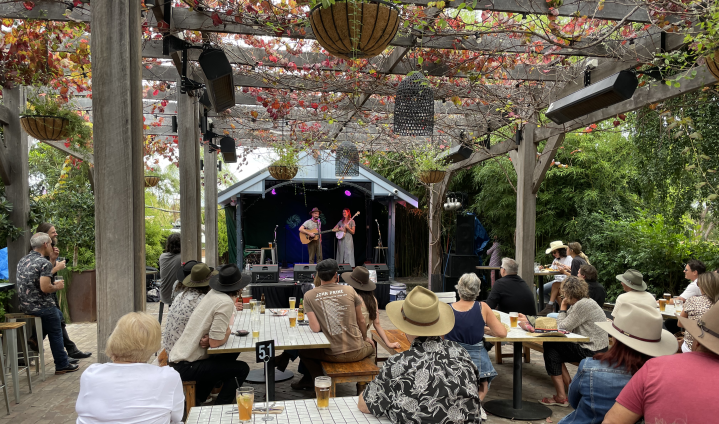 Stay inside for art-deco heaven, go outside for full-blown beer garden vibes with tiled tables, wooden bench seats and slatted roofs for the greenery to tie itself to. Pretty enough for a wedding? Depends on your standards. 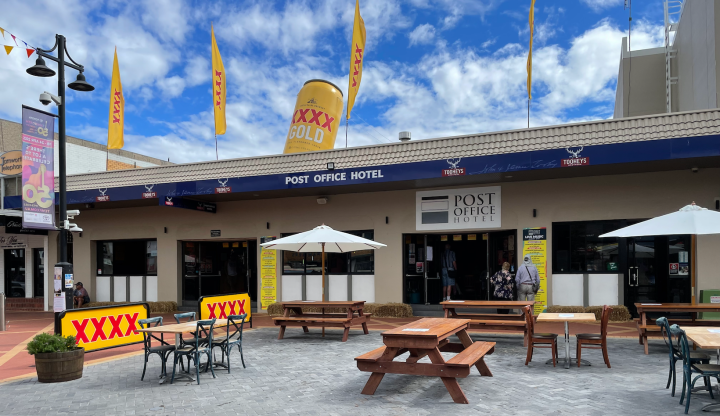 If you like people-watching (hello) then the Post Office Hotel is a good place to grab food or a drink and sit on the outside tables. It’s positioned right in the thoroughfare of the Toyota Tamworth Country Music Festival happenings and this year was right next to the Toyota Tailgate Sessions. You won’t miss it with the huge XXXX Gold can sitting above it. 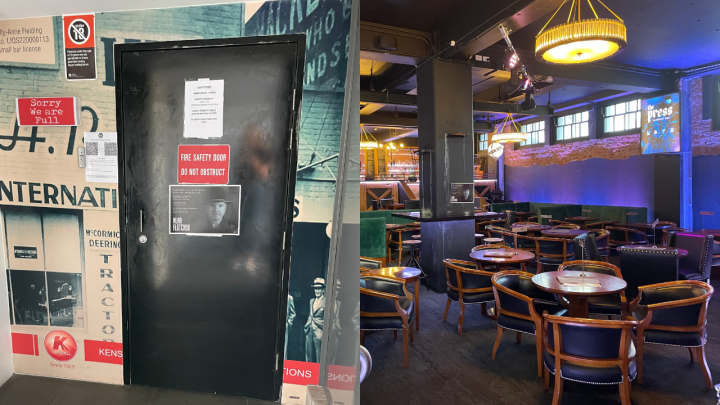 Not going to lie, I almost missed this one completely when I went to Tamworth. But I’m glad I rang the doorbell to be let into this underground dimly-lit bar complete with a piano, wooden keg and green-velvet furniture. It reminded be of being in a prohibition era bar in San Francisco. It serves up premium cocktails and whiskey, but it’s a place to end your night (not start it). 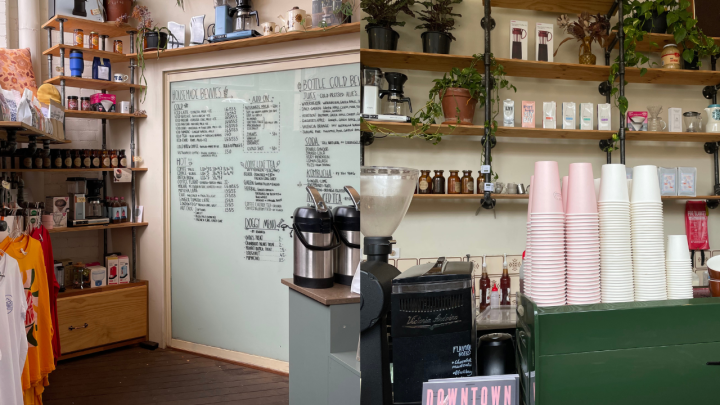 The Camp Grounds Coffee Shop Tamworth is a small corner shop where the coffee is brilliant and the aesthetic is equally comforting and welcoming. It’s right next to The Welder’s Dog so if you want a coffee and then a beer, that’s up to you. You can also buy come clothes if you packed all wrong — or there’s plenty of op shops around Tamworth too that don’t rack up the prices. 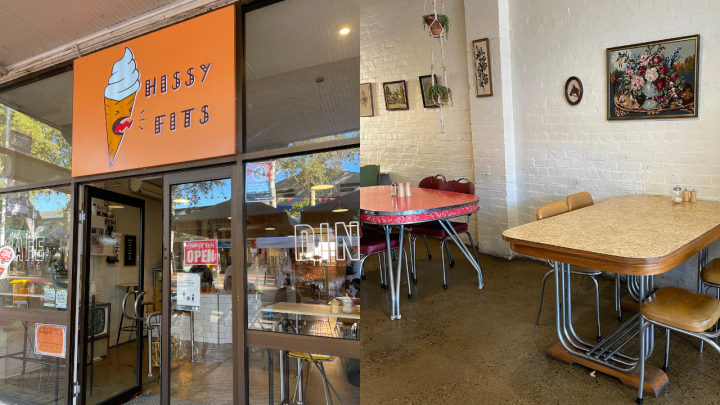 Hissy Fits is a charming cafe decked out in retro furniture on Peel Street. I’m talking vintage TVs, crochet blankets, velvet lounges and more. You’ll feel like you’re at home. It’s only open until 2pm (and 1pm on Sundays) so make sure you drop in for coffee, breakfast, brunch or lunch. 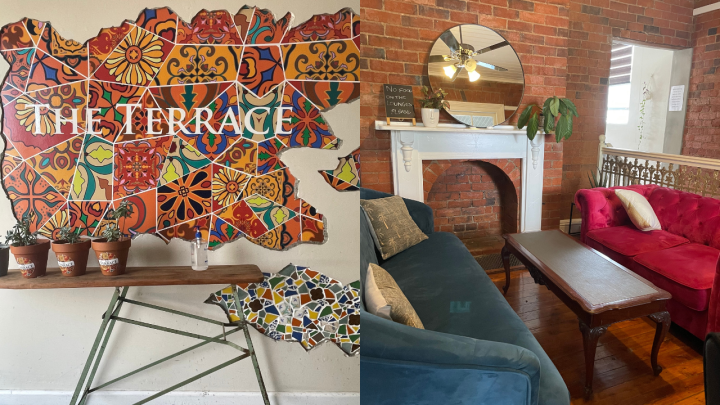 Just across from Bicentennial Park and Tamworth National Regional Playground you’ll find The Terrace serving up lunch and all day breakfast until 2pm. Going inside Terrace feels like you’re going into someone’s house, with multiple seating options in different rooms — whether that’s on a lounge, a dining table or even out on the verandah. 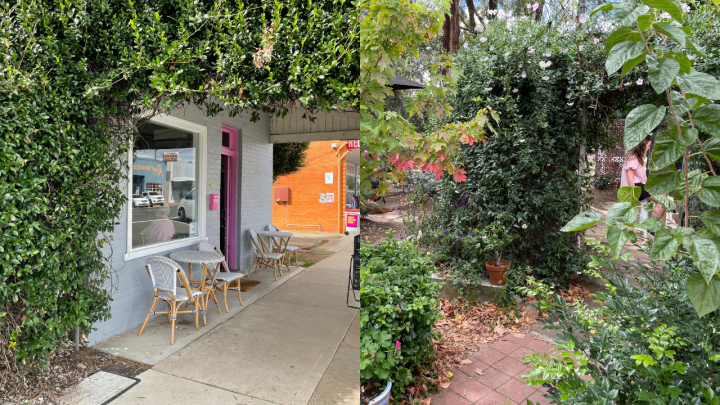 Ruby’s Cafe & Gift Store is damn adorable. It’s located in an old heritage building with a pink door and you won’t miss it with all the surrounding greenery. The best part has to be the open-yet-private garden that allows you to really indulge in that cuppa. Ruby’s is open until 2pm Tues, Wed, Thurs and Saturday, 5pm Friday and midday on Sunday. 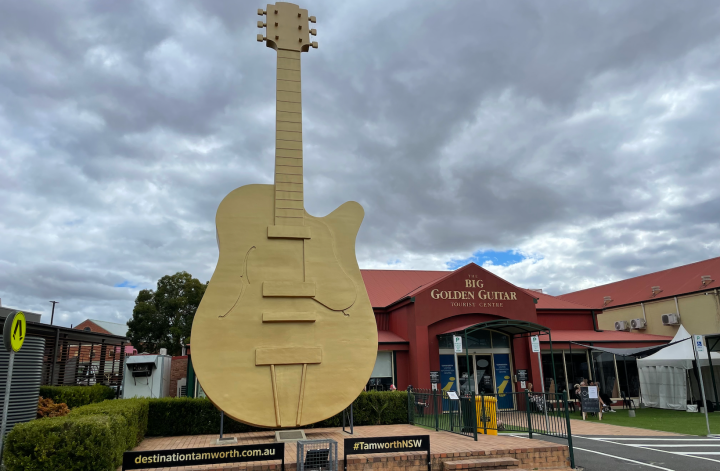 You can’t go to Tamworth without seeing the Golden Guitar — quite literally if you’re travelling into the region from the south. It’s located at the Southern entrance into Tamworth and at 12 metres high, you can’t miss it. Grab a photo on your way in or out, but be mindful of the cars as it’s also a Visitor Information Centre, Country Music Wax Museum, National Guitar Museum and home to Strings and Beans Cafe.

This writer travelled to Tamworth as a guest of Toyota.