Poisonous Starfish-Nuking Robots & Other Aussie Innovations Up For Awards

It was centuries ago that a starkers Archimedes – celebrated mathematician, scientist, inventor and subject of your Year 12 English nightmares – got out of the bath hollering ‘Eureka!’ after clueing onto the whole surface-and-volume thing.

Now smart cookies who discover things don’t have to shout anything, because backers are lining up at their doors to bankroll the next big breakthrough.

This country of ours has some of the world’s most impressive inventors in its midst, many of which are recognised annually by the Australian Museum via its Eureka Prizes in the fields of research & innovation, leadership, science communication and school science.

The finalists for 2016 have just been announced and there are some bloody corkers in there: think people with brains big enough to craft a robot whose sole purpose is to find and destroy starfish harming the Great Barrier Reef and grow healthy kidneys in a test tube.

The Queensland University of Technology’s Environmental Robotics team is being recognised for its revolutionary robotic system, COTSBot, which is the very first autonomous underwater vehicle to be equipped with a lethal injection system to kill off the nastily-named Crown-Of-Thorns starfish.

Before you go lamenting the death of a harmless sea creature, know that this particular breed is responsible for an estimated 40% of the reef’s decline in coral cover. 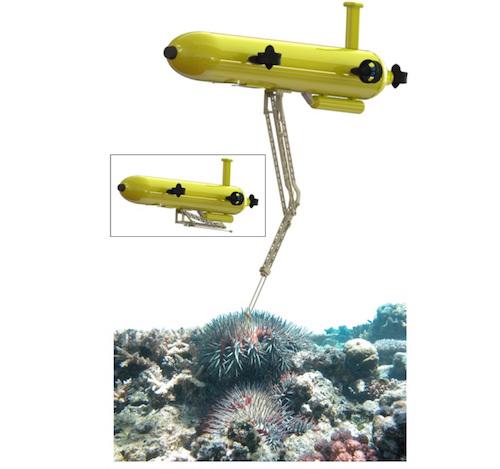 Another worthy finalist are the folks over at Murdoch Childrens Research Institute, Professor Melissa Little and Dr Minoru Takasato, who have been working away to create human freaking kidneys in their lab.

Kidney disease affects one in 10 Australians, with kidney failure increasing at 6% a year, so their recreation of human kidney tissue from stem cells paves the way for a bunch of new treatment options.

On the defence side of things, Thales Australia is being nommed for helping develop an innovative new military vehicle called Hawkei that’ll provide Aussie soldiers with potentially life-saving protection against roadside bombs and other threats to their safety.

A full list of the 2016 Australian Museum Eureka Prizes finalists is HERE if you wanna read up (you do, they’re cool).